Commission on the Theft of American Intellectual Property 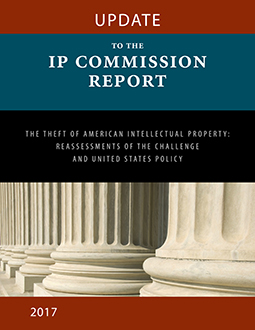 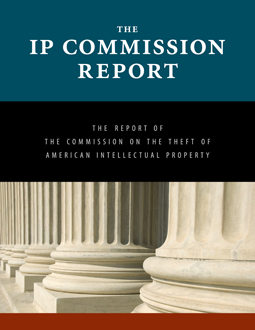 On March 8, 2018, the Commission on the Theft of American Intellectual Property (IP Commission) provided policy recommendations for consideration by the Trump administration in response to the Section 301 investigation of Chinese theft of intellectual property (IP) and forced technology transfer:

Charles W. Boustany Jr.
Counselor at The National Bureau of Asian Research
Former U.S. Representative from the State of Louisiana

Slade Gorton
Former U.S. Senator from the State of Washington, Washington Attorney General, and member of the 9-11 Commission

Deborah Wince-Smith
President and CEO of the Council on Competitiveness

Jon M. Huntsman, Jr.
Ambassador of the United States to Russia
Former Ambassador to China, Governor of the State of Utah, and Deputy U.S. Trade Representative

The three purposes of the Commission are to: