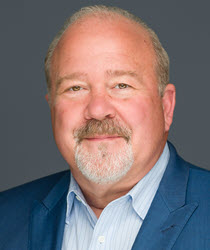 Roy D. Kamphausen is President of the National Bureau of Asian Research (NBR).

As a specialist on a range of U.S.-Asia issues, Mr. Kamphausen has led and contributed substantively to NBR’s research initiatives. He is the author, contributing author, or co-editor of numerous publications, including chapters in NBR’s Strategic Asia series; the Carlisle People’s Liberation Army Conference series, and an NBR Special Report on innovation in India (2015). As Deputy Director of the Commission on the Theft of American Intellectual Property (IP Commission), Mr. Kamphausen contributed to the IP Commission’s Report on the Theft of American Intellectual Property (2013), Update to the IP Commission Report (2017), and IP Commission 2019 Review.

His areas of expertise include China’s People’s Liberation Army, U.S.-China defense relations, East Asian security issues, innovation, and intellectual property protection. He has presented on these topics throughout the United States, Asia, and Europe to government and corporate decision-makers.

Prior to joining NBR, Mr. Kamphausen served as a career U.S. Army officer. As a China foreign area officer, his career included assignments as China policy director in the Office of the Secretary of Defense, China strategist for the chairman of the Joint Chiefs of Staff, and a military attaché at the U.S. Embassy in Beijing.

Mr. Kamphausen holds a BA in Political Science from Wheaton College and an MA in International Affairs from Columbia University. He studied Chinese at both the Defense Language Institute and Beijing’s Capital Normal University. He is a member of the National Committee on U.S.-China Relations. He is married to Arminda and they have three children—Abigail, Hudson, and Lane.

Mr. Kamphausen served as a Commissioner on the U.S.-China Economic and Security Review Commission from 2018–2021.

Interview with Roy Kamphausen (U.S.-China Dialogue Podcast, Sep 10, 2019)
In Defense of Diplomacy with China (ChinaFile, Sep 10, 2020)
Roy Kamphausen
This site uses cookies. Please read our Privacy Policy to learn how and why we use cookies.