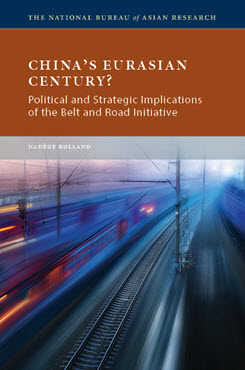 China's Eurasian Century?
Political and Strategic Implications of the Belt and Road Initiative

In this monograph, Nadège Rolland (NBR) examines the drivers and goals of China’s Belt and Road Initiative and argues that the initiative reflects Beijing’s desire to shape Eurasia according to its own worldview and unique characteristics.

China’s Belt and Road Initiative (BRI) has become the organizing foreign policy concept of the Xi Jinping era. The 21st-century version of the Silk Road will take shape around a vast network of transportation, energy, and telecommunication infrastructure, linking Europe and Africa to Asia and accompanied by strengthened monetary cooperation and increased people-to-people exchanges. Beijing sees physical infrastructure as a first step toward Eurasian integration, thanks in part to the creation of economic corridors that will enable greater regional policy coordination and foster a vibrant “community of common destiny.”

Drawing mostly from the work of Chinese official and analytic communities who are striving to make BRI a reality, this study examines the concept’s origins, drivers, and various component parts, as well as the accompanying ideational narrative and domestic and international objectives, as seen through Beijing’s eyes. While Beijing is selling the promise of economic development, its main focus is on the benefits that it hopes BRI will bring to China, not simply in the realm of economics but most importantly in the geopolitical domain. More robust engagement of the entire Eurasian continent through BRI is intended to enable China to better use its growing economic clout to achieve its ultimate political aims without provoking a countervailing response or a military conflict.

BRI thus serves the Chinese leadership’s vision of a risen China sitting at the heart of a Sinocentric regional order, the essence of Xi’s “dream of the great rejuvenation of the Chinese nation.” This vision reflects Beijing’s desire to shape Eurasia according to its own worldview and its own unique characteristics. More than a mere list of revamped infrastructure projects, BRI is a grand strategy that advances China’s goal of establishing itself as the preponderant power in Eurasia and a global power second to none.

Chapter 3
Drivers of the Belt and Road Initiative
FREE CHAPTER

Chapter 4
A Vision for China as a Risen Power

Chapter 5
Hurdles on the Way 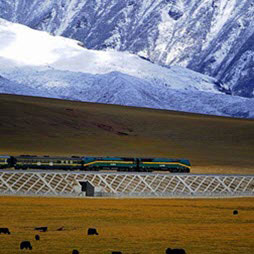