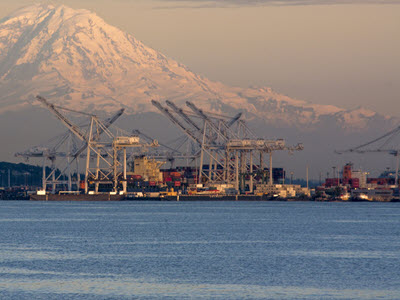 Establishing a Trade Policy That Benefits the United States

This brief will examine the top challenges for the United States in trade policy and consider options for Congress to strengthen U.S. trade policy.

The United States’ role in global trade relations has reached an inflection point. Recent years have accelerated a long-running trend away from free trade toward increasingly protectionist policies. Driven by shifting attitudes regarding the benefits and costs of globalization in the wake of the global financial crisis, this trend is exemplified by the United States’ creeping withdrawal from the international system it worked to create. This process has weakened U.S. global leadership and competitiveness.

Nowhere is this phenomenon more apparent than in the Indo-Pacific. While debates continue over the appropriate degree of openness versus protectionism—as well as whether trade agreements should be approached bilaterally, multilaterally, or through targeted sectoral or issue-based approaches—it is critical that U.S. policymakers articulate a clear trade strategy early in the new administration.

After years of aggressive trade policies applying maximum pressure on allies and competitors alike, today’s Indo-Pacific trade relations are defined not by U.S. preeminence but by the proliferation of major multilateral trade deals that exclude the United States. The Comprehensive and Progressive Agreement for Trans-Pacific Partnership (CPTPP) and Regional Comprehensive Economic Partnership (RCEP) have created two of the world’s largest trading blocs. The United States is party to neither. The European Union’s recent Comprehensive Agreement on Investment with China—which was completed despite U.S. protests—demonstrates a deepening of this phenomenon and highlights the United States’ diminishing role as a leader in shaping the rules of international trade. These trends disadvantage U.S. companies and weaken the United States’ international standing beyond the realm of trade.

The year ahead will be pivotal in signaling whether the United States intends to re-engage multilaterally in global trade issues and reassume its leadership role. This brief will examine the top challenges for the United States in this domain and consider options for Congress to strengthen U.S. trade policy.

A year after signing the phase-one trade deal, China has fulfilled less than 60% of the agreement’s purchase commitments, and desired structural changes to its economy, such as stronger intellectual property (IP) protections, reduced state subsidies, and more reciprocal market access, have failed to materialize. Undeterred by U.S. pressure, Beijing has made clear that it has no intention of altering its state-led development model or making any significant concessions to U.S. negotiators. Persistent rhetoric of “self-reliance,” substantial government funding for strategic industries, and policies advantaging domestic advanced manufacturing indicate that China instead seeks to eliminate U.S. leverage through rapid development of technological self-sufficiency and continued promotion of domestic consumption as a driver of economic growth.

U.S. trade strategy toward China in recent years not only does little to resolve long-running grievances but also risks further harming U.S. interests. A 2021 report commissioned by the U.S.-China Business Council estimates that a gradual, moderate rollback of tariffs would increase U.S. GDP by $160 billion over the next five years, while further escalation and decoupling could reduce GDP by $1.6 trillion over the same period and eliminate hundreds of thousands of U.S. jobs in the process.

While the aggressive use of tariffs and export controls has provided valuable leverage for future negotiations, a more effective strategy is needed. China’s preference for bilateral trade deals utilizing its strength and market size to extract concessions should be countered multilaterally by countries with common interests. A continued unilateral approach to trade negotiations would only play into Beijing’s hand, reducing the United States’ bargaining power and disadvantaging U.S. allies. A coordinated, multilateral approach could minimize China’s position of power and likely prove more effective.

ENGAGEMENT WITH AN EVOLVING TRADE ENVIRONMENT

Not only are Indo-Pacific trade relations changing, but so too is the structure of trade itself. Higher costs, a volatile policy environment, and unequal regulatory enforcement have long incentivized companies to relocate production capacity out of China. In recent years, this trend was exacerbated by the trade war and escalating national security concerns. More recently, the Covid-19 pandemic provided additional impetus due to a lack of diversification and overreliance on China, resulting in a shortage of inputs for many U.S. products. Though this trend is still playing out, and the overall impact is difficult to assess, creating a favorable trade environment for ongoing supply chain shifts will be essential for maintaining U.S. competitiveness.

The continuing rise of digital trade also demands an effective engagement strategy. With global e-commerce sales approaching $4 trillion in 2020, U.S. leaders must work to address the challenges arising from rapid growth in digital trade and cross-border data flows. The United States has made progress in these areas, with the United States–Mexico–Canada Agreement considered the gold standard for digital accords. But the digital provisions in major multilateral deals such as the CPTPP and RCEP, along with innovative approaches emerging in deals like the Digital Economy Partnership Agreement, have excluded the United States from playing a leading role in shaping consequential new frameworks regulating digital commerce in the Indo-Pacific.

The trade challenges facing the United States have far-reaching consequences for American workers and businesses, and it is critical that a clear and impactful trade strategy be formulated as quickly as possible. Congress faces several key pieces of trade legislation this year where inaction would be detrimental to U.S. interests. The Generalized System of Preferences and the Miscellaneous Tariff Bill, which increase manufacturing competitiveness by lowering tariffs on imported inputs, both expired at the end of 2020. Trade Promotion Authority, which increases the president’s credibility in trade negotiations by establishing objectives in Congress and offering an expedited ratification process, and Trade Adjustment Assistance, which assists American workers negatively affected by trade, are also set to expire this summer. How Congress chooses to address these issues will play a significant role in determining the future of U.S. trade.

“Numerous countries have rushed to fill the leadership vacuum and moved forward with writing the rules of trade without Washington. The United States must decide whether it wants to reverse this trend before it is too late, and doing so will require action by Congress.”

The trend of U.S. trade policy toward protectionism may have played well to large segments of the electorate, but it had the opposite effect on the United States’ global leadership and relationships with its allies. Dissatisfied with aggressive U.S. trade tactics and multilateral disengagement, numerous countries have rushed to fill the leadership vacuum and moved forward with writing the rules of trade without Washington. The United States must decide whether it wants to reverse this trend before it is too late, and doing so will require action by Congress.

Doug Strub is a Project Manager with the Center for Innovation, Trade, and Strategy at NBR. The views expressed are those of the author.