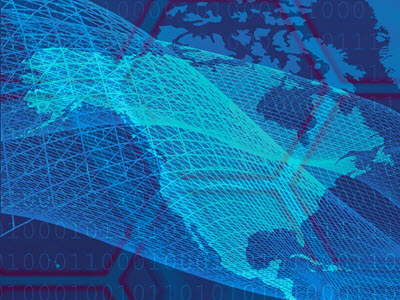 This brief will consider options for Congress to develop a coherent technology and innovation strategy for the United States to compete with China in the long term.

The United States has made significant progress over the past four years in identifying and responding to threats to U.S. technology leadership—primarily emanating from China. U.S. and allied leaders came to recognize the devastating effect that an attack targeting critical infrastructure through 5G networks could have and then successfully lobbied allies and partners to limit use of Huawei equipment in their own countries. Likewise, the U.S. policy community has engaged in conversations about the inherent tradeoffs between the national security benefits of limiting semiconductor exports to Chinese companies and the risks of these export controls limiting the U.S. semiconductor industry’s innovative potential. New legislation has improved the investment screening process to protect U.S. technology and critical infrastructure, which has led to similar measures in Europe—reflecting the influence that congressional action on key technology policy issues can have among U.S. allies.

Despite these achievements, the United States still lacks a coherent technology and innovation strategy to compete with China in the long term. The responses outlined above were largely negative responses to direct threats, and primarily came from the executive branch. For the United States to remain the global technology leader, Congress must—as it has done in previous periods, such as during the Cold War—invest in an innovation program to secure this leadership. Even though Huawei’s role in global 5G networks has declined, more can be done to promote U.S. 5G leadership. While the United States cannot rebuild a telecom equipment industry decimated by Chinese state support for Huawei and ZTE and intellectual property theft in time for 5G, this brief will consider alternatives for Congress.

The O-RAN Alliance, a global group of network operators and tech companies, represents a compelling path for maintaining U.S. technology leadership. Its open nature allows for interoperability that could increase competition, facilitate the rise of innovative new players (including U.S.-based ones), and reduce the risks of supply chain disruption. Interoperability further undermines Huawei’s argument that it offers the only option to quickly and cheaply roll out a 5G network. Instead, O-RAN allows network operators to use equipment from a variety of providers, which increases competition and reduces cost. The latter is a critical requirement for networks both in the rural United States (the primary U.S.-based users of Huawei equipment) and in developing countries. Thus, congressional support for O-RAN could allow the rapid and equitable deployment of next-generation 5G infrastructure at a lower cost in line with U.S. priorities.

Furthermore, the alliance emphasizes virtualizing 5G networks by moving certain network functions into the cloud. Virtualization represents a potentially transformative aspect of 5G and aligns with the competitive advantages of U.S. companies in areas like cloud computing.

Congressional support for O-RAN could also guide a 21st-century innovation model that leverages U.S. strengths to compete across the board. The United States must define a national innovation strategy to guide further action and signal priorities to partners and private enterprises. In response to the challenges posed by China’s predatory economic policies, bipartisan legislation directing the president to publish a global economic security strategy (along the lines of the National Security Strategy) was introduced in the 116th Congress. Passing similar legislation recognizing that an innovation strategy is integral to any economic security strategy should be a high priority.

INVESTING IN R&D AND TALENT

Additional federal funding will be needed to back up this national innovation strategy. While R&D spending by private enterprise has increased dramatically in recent decades, federal funding for R&D has declined in real terms over the past several years for the first time since World War II. Private R&D is important, but federal funding will be critical for competing in emerging technologies with applications that are currently too far from marketability to merit private investment. For example, artificial intelligence (AI), similar to electricity, is a general-purpose technology, meaning it has applications in nearly every industry. As such, public investment in AI algorithms and, more importantly, the experts who create them will offer significant benefits.

China has recognized the importance of talent for achieving its technology and innovation goals and implemented numerous programs to counter the dominance of U.S. research institutions. These include strengthening domestic R&D, urging Chinese STEM students to return home after studying abroad, and attracting foreign talent. A sustained increase in public funding for R&D could ensure the continued ability of U.S. institutions, including universities whose finances have been battered by the Covid-19 pandemic, to conduct the cutting-edge research central to the United States’ innovation advantage and cultivate the next generation of talent. Concerns about espionage by foreigners (notably Chinese nationals) researching sensitive technologies on U.S. campuses are legitimate. However, maintaining the open environment that has made the United States an innovation powerhouse—an advantage China lacks—is far more valuable than attempting to close off all avenues of technology transfer. This is especially true given that most U.S.-based AI experts are immigrants, most Chinese nationals who study AI in the United States remain in the country to work after graduation, and even U.S. nationals can be potential vectors for technology transfer to China.

“Guided by a coherent strategy, congressional funding of innovation—both in specific areas, such as 5G, and more broadly—could create massive returns.”

Increasing R&D funding alone will not immediately lead to a golden age of innovation. Other threats, such as increasingly damaging cyberattacks, will continue to necessitate forceful responses. It will also take time for investment in talent to produce results. Effective public-private partnerships, such as those that led to the development of highly effective Covid-19 vaccines in record time, will be required.

China unavoidably will remain a peer competitor in technology for the foreseeable future. However, guided by a coherent strategy, congressional funding of innovation—both in specific areas, such as 5G, and more broadly—could create massive returns. In addition, the passage of legislation that increases R&D funding for emerging technologies would allow Congress to define priorities and contribute to the formation of a much-needed comprehensive strategy for U.S. innovation.

Jonathon Marek is a Project Assistant with the Center for Innovation, Trade, and Strategy at NBR. The views expressed are those of the author.