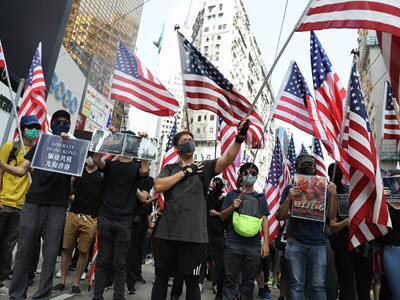 This brief surveys human rights developments in countries or regions deemed most critical for congressional consideration and concludes by identifying policy options for Congress.

As the world’s most powerful democracy and one of the leaders in the writing of the Universal Declaration of Human Rights, the United States has a long-standing interest in upholding human rights domestically and abroad. Congress plays a crucial role in this process through developing legislation that incentivizes respect for human rights and punishes violations. Given the number of U.S. partners and allies in the Indo-Pacific, human rights in the region are of critical importance to national security interests. However, due in part to China’s growing influence and the Covid-19 pandemic, U.S. leadership in protecting human rights has declined in recent years.

China has employed a mixture of tactics to erode human rights in the region. It attempts to control the conversation on human rights by funding research institutions and blocking criticism at the UN Human Rights Council. Beijing also relies on economic coercion to punish nations or private companies that criticize China’s own record. The Covid-19 pandemic has further empowered authoritarian regimes in the Indo-Pacific to repress freedoms. Governments use surveillance technologies to monitor citizens and expand internet control, in many cases with little accountability or transparency. The closure of international borders has prohibited refugees from fleeing dangerous situations, prevented witnesses from testifying on human rights violations, and shut down aid networks for vulnerable populations.

As the Indo-Pacific continues to face challenges from Covid-19, 2021 will be a critical year for protecting human rights. This brief will survey developments in countries or regions deemed most critical for congressional consideration and conclude by identifying policy options for Congress.

North Korea. North Korea remains one of the worst violators of human rights in the world, subjecting its citizens to execution, forced labor, imprisonment, torture, starvation, and sexual violence. The Kim Jong-un regime uses collective punishment to suppress dissent and forbids outside communication or relocation. The United States currently supports organizations promoting human rights in North Korea and continues to sanction government entities. Yet, given the poor bilateral ties to the United States, North Korea has few incentives to address its human rights crimes.

Xinjiang and Tibet. Within the Xinjiang Uighur and Tibet autonomous regions, China is engaged in a massive Sinicization project to force Uighur Muslims and Tibetans to assimilate into Han Chinese society. China has detained over one million Uighur Muslims in re-education and labor camps and subjected Uighur women to coercive birth control methods. China has also detained more than half a million Tibetans and forcibly relocated 50,000 as part of a “poverty alleviation” program. In addition, China deploys a mixture of surveillance technologies in both regions to severely restrict freedoms of movement, assembly, and religion. Congress responded by passing the Uyghur Human Rights Policy Act in June 2020, which imposes sanctions on foreign individuals responsible for human rights abuses in Xinjiang, and the Tibetan Policy and Support Act in December 2020, which sanctions officials who violate Tibetans’ religious practices by picking the Dalai Lama’s successor.

Hong Kong. On June 30, 2020, China passed the Hong Kong National Security Law, outlawing criticism of the government and penalizing offenders with sentences that include up to life in prison. Congress responded by passing the Hong Kong Autonomy Act, which imposes sanctions on officials who violate Hong Kong’s autonomy and any affiliated financial institutions. Undaunted, China continued to crack down on dissent, exemplified by the mass arrest of 53 political activists (including a U.S. citizen) on January 6, 2021.

Myanmar. The ongoing civil war in Myanmar and the Rohingya genocide has created over a million refugees. Congress allocated funds in support of efforts for reconciliation and peace while sanctioning leaders of the military junta. However, China has supported the government’s treatment of the Rohingya and supplied arms to some ethnic groups, prolonging the internal conflict. Further clouding the human rights picture, on February 1 the military junta staged a coup and declared a one-year state of emergency that imperils the country’s fragile democracy.

India. Prime Minister Narendra Modi and his Bharatiya Janata Party increasingly have persecuted political opposition and suppressed freedom of speech. The Modi government unilaterally annexed Jammu and Kashmir in 2019, which violated UN Security Council resolutions, and imposed on the region the longest internet shutdown to occur in a democracy. The government also passed the Citizenship (Amendment) Act in December 2019, which gives non-Muslims from Afghanistan, Bangladesh, and Pakistan (all Muslim-majority countries) an easier path to citizenship. These issues, which have largely escaped scrutiny in the United States, will demand more attention given India’s status as Asia’s largest democracy and an important U.S. partner.

Philippines. Since President Rodrigo Duterte announced his “war on drugs” in 2016, police and unidentified gunmen have killed thousands of civilians. As of June 2020, official government numbers stood at 5,500 deaths, but human rights organizations estimate the number to be as high as 27,000. In addition, the United Nations released a report in 2020 documenting the killing of 208 human rights defenders and 73 children. In the 2020 foreign operations appropriations, Congress barred entry of Philippine officials involved in the imprisonment of Philippine senator Leila de Lima, a critic of Duterte’s antidrug campaign. In 2020 the U.S. Senate also passed a resolution condemning the Philippine government for extrajudicial killings and called for the release of Lima.

“Congress could penalize human rights abuses throughout the region by sanctioning and restricting travel and arms sales for offending individuals, corporations, and other entities.”

WHAT CAN THE 117TH CONGRESS DO?

The 117th Congress can consider several actions to strengthen democracy and human rights in the Indo-Pacific. First, it could create a South and Southeast Asia Human Rights Commission to monitor human rights violations and submit an annual report to Congress. This would be similar in scope to the Congressional–Executive Commission on China. Second, Congress could penalize human rights abuses throughout the region by sanctioning and restricting travel and arms sales for offending individuals, corporations, and other entities.

Regarding China, Congress could pass legislation condemning countries that import surveillance technology from China and hold a hearing on U.S. exports of surveillance technology to authoritarian regimes. Congressional leaders could also maximize U.S. soft power by contesting Beijing’s right to host the Winter Olympics in 2022 due to its record of human rights violations.

Finally, Congress can ensure that the United States sets an example in human rights for the rest of the world. Among other measures, it could do so by reviewing visa and political asylum processes in the State Department and Immigration Services to remove unnecessary restrictions for applicants fleeing political persecution.