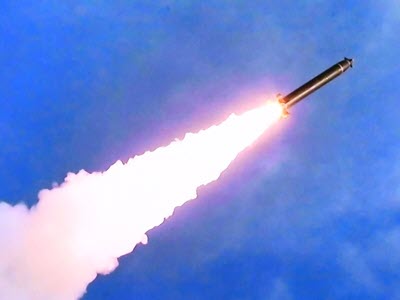 Nuclear Challenges in the Indo-Pacific

This brief examines nuclear threats from Russia, China, and North Korea and considers options for the U.S. Congress to address each challenge.

The current Indo-Pacific security environment encompasses a dangerous mix of nuclear multipolarity and minimal arms control. The United States faces three direct nuclear threats in the region: Russia, which still possesses an enormous arsenal; China, which is modernizing and expanding its nuclear forces absent arms control limitations; and North Korea, which is advancing its nuclear capabilities despite international sanctions. In addition, Washington must mitigate the risk of regional conflict among other nuclear states (e.g., India and Pakistan). This brief examines each of the three direct nuclear threats before considering options for the U.S. Congress to address these challenges.

Despite acrimonious U.S.-Russia relations, the Biden administration has demonstrated an early commitment to arms control by reaching an agreement with President Vladimir Putin to extend New START (Strategic Arms Reduction Treaty) for five years. The treaty was set to expire on February 5 and is the last remaining U.S.-Russia arms control agreement. It provides a framework for reducing, limiting, and monitoring strategic arms by capping deployed nuclear warheads and their strategic delivery systems, such as intercontinental ballistic missiles (ICBMs), submarine-launched ballistic missiles (SLBMs), and strategic bombers, as well as the total number of launchers and bombers.

It remains unclear whether the New START extension will spur further progress on arms control, which has atrophied as overall U.S.-Russia relations have soured. In 2019, following repeated Russian violations, Washington and Moscow scrapped the Intermediate-Range Nuclear Forces (INF) Treaty banning all intermediate range (500–5,500 km) missiles. Experts fear this will accelerate a trend of increasing deployment of tactical, or “nonstrategic,” nuclear weapons, which could reduce the threshold between conventional and nuclear conflict.

The New START extension did not require Senate approval because the agreement contains a provision allowing continuation of up to five years upon mutual agreement. Nevertheless, Congress can continue to hold hearings to raise awareness on gaps in arms control that call for future treaties requiring Senate consultation and ratification. These include extending arms control to third-country nuclear forces and limiting Russia’s growing tactical nuclear weapon stockpiles and development of hypersonic missiles. However, Moscow’s top precondition for a more comprehensive arms control agreement is limitations on U.S. missile defense development, which could be a stumbling block to progress, particularly given U.S. domestic opposition to missile defense restrictions.

China has accelerated its efforts to expand and modernize its historically limited nuclear force. In addition to its growing array of road-mobile, solid-fuel ballistic missiles, the country is expanding its ballistic missile nuclear submarine fleet and developing air-launched nuclear weapons. Acquiring a complete nuclear triad increases China’s capacity for nuclear deterrence and broadens its strategic options. In response to these improving nuclear capabilities, the Trump administration pushed to expand strategic arms control to a trilateral framework incorporating China, which impeded U.S.-Russia negotiations over New START. Beijing, however, rejected U.S. calls to join New START, citing the large discrepancy between its 200 to 300 warheads and the 6,000 warheads apiece possessed by the United States and Russia.

A consequence of the termination of the INF Treaty with Russia is that the United States can now deploy land-based, conventional, intermediate-range missiles in Asia to offset China’s arsenal of 2,200 intermediate-range missiles. Yet the United States also has an interest in forestalling widespread deployment of intermediate missiles as nuclear delivery systems. Some fear this could spur an arms race with China, though others argue that it might prompt Beijing to seriously consider entering bilateral arms control negotiations. Former secretary of state George Shultz, one of the architects of the INF Treaty, recalled that U.S. short-range nuclear missile deployments in Western Europe are what drove Moscow to the negotiating table. Demonstrating a credible risk to China from the deployment of large-scale, conventional (and, if warranted, nuclear) ground-launched missiles in Asia may exert a similar influence on Beijing’s nuclear calculations.

North Korea’s nuclear capabilities are rapidly improving, and the country has steadily expanded its weapons-grade fissile material and warhead stocks. North Korea has also developed diversified delivery systems to include two-thirds of the nuclear triad. Its unceasing nuclear and missile testing resulted in a series of progressively more stringent U.S. and UN Security Council sanctions in 2016–17. The Trump administration sought to translate this pressure into diplomatic progress but failed to make a breakthrough due to disagreements with the Kim Jong-un regime over sanction reductions and the nature of denuclearization.

“Hearings could raise awareness and encourage the Biden administration’s efforts to seek agreements addressing major gaps in the international arms control regime that would require Senate consultation and approval to close.”

There are several ways that Congress can work to halt an accelerating, multipolar nuclear arms race, which would be both dangerous and costly. Hearings could raise awareness and encourage the Biden administration’s efforts to seek agreements addressing major gaps in the international arms control regime that would require Senate consultation and approval to close. Issues of concern include Russian and Chinese development of hypersonic missiles, the proliferation of tactical nuclear weapons, and the lack of arms control constraints on secondary nuclear powers, particularly China.

Congress could also coordinate with the administration to set guidelines for arms control negotiations with China and support bilateral Track 1 and 1.5 dialogues on issues affecting nuclear strategic stability. In addition, maintaining or even expanding current funding levels for diplomacy and enforcing sanctions on North Korea would advance congressional efforts to accomplish achievable, intermediate policy objectives such as discouraging Pyongyang from conducting long-range missile tests. North Korea’s development of reliable solid-fuel ICBMs or SLBMs would allow it to more credibly threaten the U.S. homeland. Thus, addressing this challenge should be a priority.

Note: This brief was updated on February 22, 2021, to clarify that the New START treaty caps “deployed” nuclear warheads.