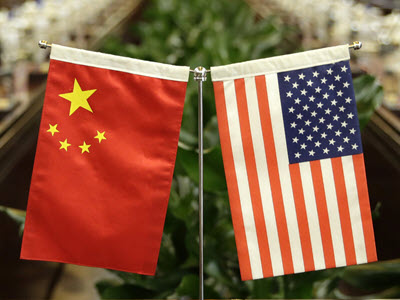 The Role of Congress in Managing the U.S.-China Relationship

This brief will examine three main challenges the United States faces in the bilateral relationship with China and consider the policy options available to Congress.

Strategic competition has become the defining feature of U.S.-China relations in the past few years. Under President Xi Jinping, China has become more repressive at home and more assertive abroad. Domestically, Xi has centralized power within the Chinese Communist Party and enhanced control over Xinjiang and Hong Kong. To pursue its interests around the globe, China has employed economic coercion, military intimidation, and influence operations.

As strategic competition with China appears likely to persist for the foreseeable future, the United States faces three main challenges in the bilateral relationship: enhancing deterrence along China’s maritime periphery, countering Chinese influence operations in the United States, and pursuing principled cooperation with China on climate change and other areas of common interest. Congress can help the Biden administration achieve these goals by demonstrating bipartisan support for deterrence-related initiatives, enacting measures to counter Chinese influence operations, and investing in renewable energy and technology that can lay the foundation for principled cooperation on climate change. This brief will examine each challenge and consider the policy options available to Congress.

One priority in managing U.S.-China competition is to enhance deterrence in regional hotspots, particularly along China’s maritime periphery in the Taiwan Strait, South China Sea, and East China Sea. Under Xi, China has become much more aggressive and risk tolerant in asserting its maritime territorial claims. In the Taiwan Strait, Beijing has escalated tensions by increasing the frequency and scale of intrusions into Taiwan’s airspace by People’s Liberation Army aircraft. In the South China Sea, Beijing illegally claims “historical rights” for territories within the “nine-dash line,” which contains nearly 90% of the South China Sea. Moreover, in the East China Sea, China Coast Guard vessels have made repeated incursions into waters surrounding the Senkaku Islands, thereby contesting Japan’s territorial claims.

Given that Beijing openly challenges, threatens, and harasses U.S. partners along China’s maritime periphery, scrutinizing Chinese behavior in these regional hotspots and enhancing the United States’ deterrence posture are vital to reassure U.S. allies and partners in the region. In addition to supporting freedom of navigation operations and joint military exercises with like-minded partners, Congress took a step in the right direction by including the Pacific Deterrence Initiative in the 2021 National Defense Authorization Act. The initiative allocates resources to enhance deterrence in regional hotspots. Yet continued bipartisan support and congressional oversight on effective implementation are needed to sustain U.S. efforts.

A second key challenge is to counter Chinese influence operations that seek to take advantage of the open nature of the social and political landscape in the United States. Chinese influence operations in U.S. institutions that conduct research on strategically important emerging technologies require scrutiny and countermeasures from Congress. Under the Thousand Talents Program, China has provided generous funding to U.S. researchers and recruited them to conduct research on cutting-edge technological issues. In response, the Department of Justice has established the China Initiative and charged individuals and institutions that fail to disclose Chinese funding for research or clarify their affiliation with Chinese institutions. Congress can provide effective countermeasures to influence operations by investing more resources into research and development as well as into Chinese-language programs and area studies. These measures will provide researchers and students with alternative sources of funding and help the United States retain the talent that it needs to compete with China.

Another issue of particular concern is Beijing’s disinformation campaigns across multiple social media platforms to question the origins of Covid-19 and the extent of human rights abuses against Muslim ethnic minorities in the Xinjiang region. In response, Twitter has led the effort to combat Chinese disinformation on social media by shutting down Chinese bot accounts and labeling certain accounts as “state-affiliated media.” Facebook took a similar approach by taking down advocacy pages believed to be run by Chinese handlers. However, additional study is necessary to understand the full extent of Chinese influence operations on social media platforms. Congress should consider assigning the Government Accountability Office to study the scope of this problem and assess how social media platforms have responded.

Enhancing deterrence in regional hotspots and responding to Chinese influence operations should not preclude pursuing principled cooperation with China on climate change and other issues of common interest. Such cooperation can ensure that the United States does not make concessions on other issues in exchange for cooperation on climate change. Congress can support the Biden administration’s decision to rejoin the Paris Agreement by passing legislation to invest in renewable and sustainable energy. These investments would signal the United States’ renewed commitment to combating climate change and lay the foundation for global cooperation with China as well as U.S. allies and partners. Furthermore, as the Biden administration considers reinstating the Fulbright and Peace Corps programs in China, Congress could consider adding guidelines to ensure the safety and security of U.S. Fulbright scholars and Peace Corps volunteers.

Effectively managing U.S.-China relations is the challenge of the century, and Congress has a critical role to play. Continued bipartisan support for deterrence along China’s maritime periphery can reassure like-minded partners in the region and prevent Chinese military dominance. Vigilance toward influence operations in the United States and increased investments in critical emerging technologies and Chinese-language programs can ensure that the United States nurtures and retains the talent necessary to compete with China. Finally, investing in renewable and sustainable energy can signal U.S. willingness for principled cooperation with China that will help both countries address the urgent challenge of climate change. By considering the policy recommendations outlined above, Congress can establish a strong foundation for both long-term competition and principled cooperation with China.

Benjamin Lee is a Project Manager at NBR. Jeremy Rausch is an Intern at NBR. The views expressed are those of the authors.