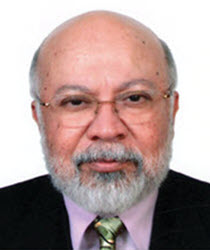 Ambassador Tariq Karim is a member of the Board of Advisors at the National Bureau of Asian Research.

Ambassador Karim is the Director of the Centre for Bay of Bengal Studies at the Independent University, Bangladesh.

Ambassador Karim was formerly an advisor to the World Bank for Regional Integration, South Asian Region, during which he shepherded the initiation of power trade between Bangladesh and India, and facilitated talks between Bangladesh, Bhutan, and India for working towards regional energy security. Prior to this, he was Bangladesh’s immediate past High Commissioner to India with the rank and status of a Minister of State, from August 2009 until October 2014.