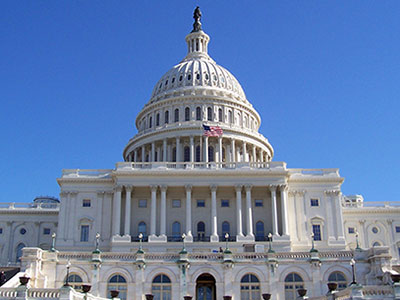 Robert Sutter (George Washington University) discusses China’s increasing collaboration with Russia and what it means for U.S. policy. This brief draws on the author’s contribution to the book Axis of Authoritarians: Implications of China-Russia Cooperation (October 2018).

The 115th Congress has taken the lead in the recent across-the-board re-evaluation of U.S. policy toward China. Hearings, legislation, and authoritative letters from members of both parties culminated in many provisions in the National Defense Authorization Act passed in August hardening U.S. policy on China as a “whole of government” response to Chinese behavior undermining U.S. interests. Unfortunately, Congress continues to neglect the major negative implications for the United States resulting from Chinese president Xi Jinping’s increasing collaboration with Russian president Vladimir Putin.

As Congress works with the administration to push back against China, it has focused on the country’s pursuit of high-technology that jeopardizes U.S. national security and Beijing’s clandestine information operations that destabilize U.S. and Western democracy. These issues have joined intensifying disputes over strategic rivalry in Asia, unfair trade practices, Chinese territorial expansion, Taiwan, and human rights issues.

Absent from the list is China’s deepening collaboration with Russia and what it means for U.S. policy. Presidents Xi and Putin met in September for the third time this year. The two leaders spend more time together than any other two world leaders, and this pattern is likely to continue as neither one seems ready to leave office. Russia’s massive military exercises that same month involving 300,000 troops—the largest since 1981—were clearly designed to intimidate opponents; and they impressed China, which sent a strong supporting contingent to the exercises. Meanwhile, the values and outlook of authoritarian leaders in Moscow and Beijing converge in opposition to U.S. interests and goals.

What such cooperation means for the United States has been examined in a two-year project conducted by the National Bureau of Asian Research (NBR) involving 80 U.S. and 30 foreign specialists, including some from Russia and China. The project findings are based on 50 commissioned papers, expert workshops and public events, and briefings with relevant officials in the U.S. administration and Congress. The findings reveal adverse developments and a grim forecast for U.S. policy. [1]

Sino-Russian Cooperation against the United States

The China-Russia relationship continues to deepen and broaden with negative implications for the United States. The drivers of cooperation overshadow the brakes on forward movement at the United States’ expense. The momentum is based on (1) common objectives and values, (2) perceived Chinese and Russian vulnerabilities in the face of U.S. and Western pressures, and (3) perceived opportunities for the two powers to expand their influence at the expense of the United States and allied powers seen in decline.

Today, Russia and China separately pose increasingly serious challenges to the U.S.-supported order in their respective priority spheres of concern—Russia in Europe and the Middle East, and China in Asia along the country’s continental and maritime peripheries. The challenges that Russia presents involve military and paramilitary actions in Europe and the Middle East, along with cyber and political warfare undermining U.S. and European elections, European unity, and NATO solidarity. China undermines U.S. and allied states’ resolve through covert and overt manipulation and influence-peddling that employs economic incentives and propaganda. Chinese cyberattacks have focused more on theft of information and intellectual property to accelerate China’s economic competitiveness and dominate world markets in key advanced technology at the expense of leading U.S. and international companies. Coercion and intimidation of neighbors backed by an impressive buildup of Chinese military and civilian security forces expands Beijing’s regional control and influence.

China and Russia also coordinate their moves and support one another in their respective challenges to the United States and its allies and partners in Europe, the Middle East, and Asia. These joint efforts include diplomatic, security, and economic measures in multilateral forums and bilateral relations involving U.S. adversaries in Iran, Syria, and North Korea. The two powers also back one another in the face of U.S. and allied complaints about their coercive expansion and actions challenging the global order, norms, and institutions.

While China and Russia are not yet formal allies, analysts predict that the next stage in their collaboration could involve one side incurring major risks and costs by coming to the assistance of the other in an international confrontation against a common adversary where Beijing’s and Moscow’s interests do not overlap. Indeed, U.S. officials are anxious about what some participants in the NBR project see as the potential for a two-front dilemma that would force the United States to divide resources. An example of such a dilemma would be Russia mobilizing its forces and threatening Europe to distract the United States in the event of a military confrontation between the United States and China over Taiwan.

And yet there are differences and asymmetries in Sino-Russian relations that limit cooperation and provide openings for the United States to gain an advantage over the longer term. The two countries have deep historical differences that translate into serious elements of distrust in the current period. Areas of friction between China and Russia can be exploited as the United States enhances its military, economic, and diplomatic capacity to deal with the powers from a stronger position. For example, Russia is an avowed opponent of the United States but China is more ambivalent. China benefits much more from stable relations with the United States and the existing U.S.-led international order. As a result, it may be more inclined in the event of a confrontation with the United States to adopt a moderate stance that would disadvantage its truculent Russian partner.

The asymmetries in the Sino-Russian relationship are enormous and growing. The Chinese economy is ten times the size of the Russian economy. Putin’s Russia has been compelled to curb its serious concerns about Chinese economic, political, and even military expansion in its near abroad—Moscow’s top foreign policy concern. How much longer the Russian leader can sustain deference to Beijing and comfort with Moscow’s growing role as the junior partner is a question that could be exploited by adroit U.S. policy.

Finally, China’s and Russia’s respective strategies in pursuit of regional leadership come at the expense of neighboring powers. Both countries’ goals are at odds with the core interests of most of their neighbors. Taken together, Beijing and Moscow favor the fragmentation of NATO, the European Union, the U.S. alliance structure in Asia, and regional groupings led by the Association of Southeast Asian Nations (ASEAN) and others that impinge on Chinese or Russian ambitions. The United States opposes coercive changes to the status quo and supports existing boundaries, stronger regional collective security, and the sovereignty and aspirations of all states in accord with international norms.

Unfortunately, there are no easy fixes. The United States’ ability to deal with these rising challenges is commonly seen as in decline. The U.S. position in the triangular relationship among the United States, Russia, and China has deteriorated. Russia’s tension with the West and dependence on China, in conjunction with the United States’ active engagement with China, have given Beijing the advantageous “hinge” position in the triangular relationship that Washington used to occupy.

A strong United States provides a welcome counterweight for Asian and European nations affected by Chinese and Russian ambitions. This dynamic provides U.S. policymakers numerous opportunities going forward. The NBR project participants not from China and Russia generally favored a multiyear and wide-ranging approach focused on U.S. domestic and international strengthening to better position the country to deal with the negative implications of Sino-Russian cooperation. This seems to be in line with existing congressionally backed pressures against Russia and the new whole-of-government approach favored by both Congress and the Trump administration for dealing with China’s challenges to the United States. Participants in the NBR project differed on the appropriate amount of strengthening. Some stressed the importance of sustaining U.S. primacy without compromising, while others favored various mixes of strengthening and accommodation that require significant compromise of U.S. interests and values.

In determining the appropriate mix of strengthening and accommodation, the participants often disagreed on how the United States should seek an advantage in its competition with China and Russia. For some, Russia looms as the most immediate and disruptive danger, whereas China continues to have a strong interest in working cooperatively with the United States. Thus, these participants promoted the option of working cooperatively with China in seeking to weaken Russia. For others, China is a much more powerful and potentially existential threat, and they argued that the United States should seek common ground with Russia to offset potential Chinese dominance. Several participants remained convinced that the closeness of Chinese and Russian interests and identities make seeking a U.S. advantage by exploiting Sino-Russian differences unlikely to succeed. Chinese and Russian experts generally put the onus on the United States to compromise and substantially change existing policy to meet both countries halfway.

In sum, the situation is grim and the outlook murky. What is needed today is careful attention by U.S. policymakers focused on what is at stake and what should be done. Ignoring this massive international development with adverse consequences for the United States is a path to failure with lasting implications for both the country and the prevailing international order.

Oversight. Congress could exercise its oversight powers to call on experts to testify in legislative hearings, commission reports and reviews, and request resolutions of inquiry with regard to the nation’s China-Russia strategy so as to press the Trump administration to prioritize the threat that the partnership poses.

Sanctions. A key recommendation from many experts in the NBR project is to sustain U.S. economic pressure on Moscow. Tough sanctions on Russia, which is less globally integrated and economically powerful than China, could over time make Putin more willing to negotiate with Washington. Giving more teeth to bills waiting in committee such as the Defending American Security from Kremlin Aggression Act of 2018 (S.3336) would apply further pressure to Russia’s already stagnant economy.

In conjunction with this pressure buildup on Russia, if the United States were to provide an off-ramp, negotiations could be more effective. Such an offer could come with major strings attached in the form of easing U.S. pressure in return for Russia taking such steps as dismantling its aggressive cyber initiatives, withdrawing from Ukraine, and discontinuing joint-militarization programs with China.

Public interface. While presidential leadership will be critical to elevating the issue of Sino-Russian cooperation, in the midst of a tense political divide a bipartisan congressional approach will be beneficial for gaining domestic support. Showing consensus across the aisle on the need to strengthen the United States against the dangers posed by China-Russia cooperation will not only send a powerful message to Americans at home, it will also show leaders in Moscow and Beijing that political squabbles are not enough to disunite the United States in opposing those that wish the country harm.

[1] These findings are published in the NBR Special Report “China Russia-Relations: Strategic Implications and U.S. Policy Options” (September 2018) and the edited volume Axis of Authoritarians: Implications of China-Russia Cooperation (October 2018).

NOTE: This brief is made possible by a grant from the Henry M. Jackson Foundation and draws on the author’s contribution to the book Axis of Authoritarians: Implications of China-Russia Cooperation (October 2018).

Robert Sutter is Professor of Practice of International Affairs at George Washington University and the principal investigator of the project “Strategic Implications of China-Russia Relations” at the National Bureau of Asian Research (NBR). 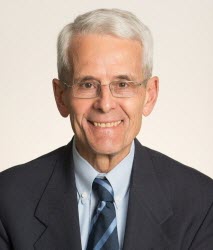