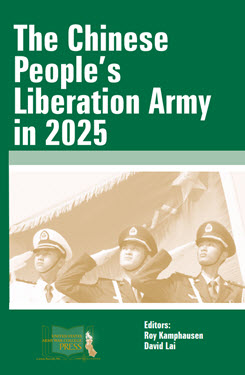 The 2014 Chinese People’s Liberation Army (PLA) Conference occurred during a time of flaring regional tensions in the East and South China Seas, increasing military modernization by China and its neighbors, and a potentially changing Chinese approach to its regional security environment. In light of these continuing developments, the topic of this conference and this volume—The People’s Liberation Army in 2025—both timely and prescient. China’s increasing military capabilities are creating complex shifts in regional security calculations.

To understand the trends in China’s military modernization and its implications for regional and global security, conference participants assessed: 1) the various domestic, international, and technological drivers of China’s military modernization; 2) potential trajectories for PLA modernization; 3) and the implications of PLA modernization for the Asia-Pacific, the international order, and U.S.-China relations. Authors and conference participants found that domestic, international, and technological drivers interacted in interesting ways to suggest potential future paths of development for the PLA. In general, a regionally focused PLA, one with both capabilities and intentions maximized for regional operations, was seen as a future likely to be realized. However, a mix of variables such as a changing political dynamic in Beijing, fundamental change in China’s economic fortunes and trajectory, and new pressures from external actors could create either a much more outwardly focused PLA, or one that is much more inwardly focused, depending on how the variables combined.