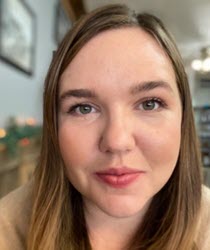 Dahlia Hasta Colman is a PhD student at the Johns Hopkin SAIS. Her research focuses on the interplay of domestic politics and foreign policy in China’s relations with neighboring states in South and Southeast Asia. Hasta holds a master’s degree in international relations from the University of Chicago and a bachelor’s from Sarah Lawrence College. She was a research fellow at Fudan University in Shanghai and previously studied Chinese at Tsinghua University (IUP). Hasta greatly appreciates heritage arts and loves to learn about Chinese calligraphy, ink painting, traditions of architecture, and textiles. 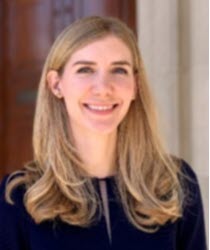 Eleanor Freund is a PhD candidate in security studies and international relations at the Massachusetts Institute of Technology (MIT) with a substantive interest in Chinese statecraft and security policy. Her dissertation seeks to explain within- and across-case variation in China’s security partnerships with other states from 1949 to 2019. She holds an MA in global affairs from Tsinghua University in Beijing, where she was a Schwarzman Scholar, and a BA in political science with highest honors from the University of California, Berkeley. Prior to joining MIT, Eleanor was a research assistant and associate at the Harvard Kennedy School’s Belfer Center for Science and International Affairs and a James C. Gaither Junior Fellow in China Studies at the Carnegie Endowment for International Peace. 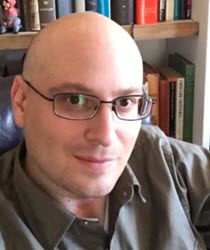 Geoffrey Hoffman is a PhD candidate in political science and international affairs at UC San Diego. He works on internet freedom and cybersecurity with a focus on China and technology firms. He is a researcher at the 21st Century China Center and the UC Institute on Global Conflict and Cooperation. He holds master’s degrees from Tsinghua University and Columbia University. 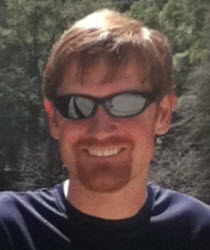 Brian O’Keefe is a PhD student in the Department of Government at Cornell University. His research focuses on the foreign and security policies of China and the United States, with particular attention to their microfoundations in political psychology and behavior, and their connections to domestic politics. 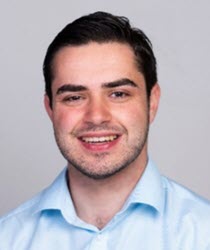 Scott Singer is a PhD candidate in International Relations and Clarendon Scholar at the University of Oxford. He is interested in variation in how academics, policymakers, and publics conceptualize security risk, especially in the context of China-UK/EU relations. Scott is co-founder and director of the Oxford China Policy Lab, an interdisciplinary research group dedicated to producing policy relevant-research to mitigate global catastrophic risk for third countries resulting from U.S.-China great power competition. Scott previously received an MPhil in International Relations (Distinction) from Oxford and BA in Economics and Fundamentals: Issues and Texts (Honors) from the University of Chicago. 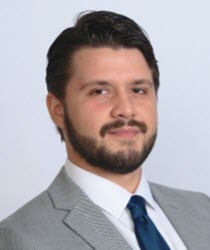 Ivan Alberto Jimenez Ramos finished his MA in Asian Studies at Florida International University (FIU) Steven J. Greene School of International Affairs. His research focused on the growing international relations between China and Latin America. It concentrated on how Chinese critical infrastructure capabilities are enticing growing alliances within the Latin American region. In 2019, he served as the American Executive Committee Finance Chair for the Taiwan America Student Conference (TASC) and toured Taiwan for a month as the Cultural Conflict and Identity roundtable leader. He hopes his time in Taiwan will allow him to effectively translate official government documents for future doctoral research on Sino-Latin American state relations. Prior to his graduate program, he received his BA in International Relations at FIU. 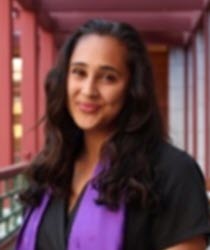 Karuna Nandkumar recently completed her MA in Global Affairs at Tsinghua University as a Schwarzman Scholar. Her previous research focused on China’s expanded role in the peacekeeping space and approach to conflict mediation. She hopes to advance her Mandarin ability to conduct comparative research on Chinese and American approaches to peacekeeping abroad. In the long term, she aspires to pursue a diplomatic career. She graduated with a BA in Public Policy from the University of Michigan, Ann Arbor. 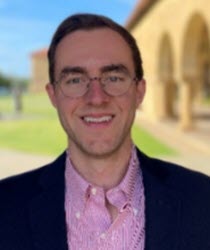 Bobby Allan Shore is a FLAS Fellow in Stanford University’s Center for East Asian Studies pursuing an M.A. He previously graduated as a Stamps Scholar from the University of Miami triple majoring in Economics, Political Science, and Chinese studies with a minor in Math. Bobby’s research interests include Chinese political economy and tech development in East Asia. Previously, Bobby interned with the U.S. State Department’s Bureau of East Asian and Pacific Affairs and the National Endowment for the Humanities’ Congressional Affairs Office. He seeks to improve his Mandarin proficiency so that he can research Chinese state-directed investment in the semiconductor manufacturing industry. 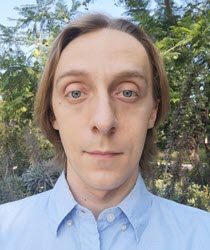 Eric de Roulet is a PhD student in Interdisciplinary Global Studies at UBC Okanagan. His research focuses on the academic life courses of international students from China and their cost-benefit analyses of studying abroad given the rising tensions in U.S.-China and China-West relations. Mr. de Roulet’s interest in this topic comes from his experiences teaching English as a second language, first at the California State University, Fullerton while earning his MA in applied linguistics and then for two years as a lecturer at Dongbei University of Finance and Economics in northeastern China. 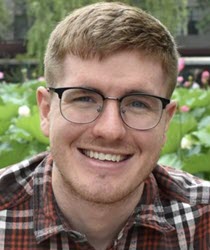 John Tobin is a PhD student in Chinese and Tibetan history at the University of Wisconsin, Madison. His research focuses on empires, nationalism, and the formation of ethnicity. He is especially interested in how different actors in ethnic border regions use history as a tool for political and social authority, as well as in the reception of state messaging. Prior to graduate school, Mr. Tobin worked as an English teacher for the Colorado China Council and Sichuan University. He received his BA from Marquette University, majoring in history and philosophy, with a minor in Asian studies. 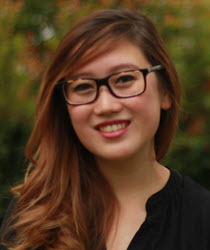 Marylin Longley graduated with an MA in political science from Columbia University. Her primary research focused on China-India relations, maritime security in the South China Sea, and economic development in Asia. Prior to embarking on her MA studies, she received a Boren Fellowship to study Hindi in Jaipur, India, where she achieved advanced fluency in both Hindi and Urdu. She received her BA from the University of California, Berkeley. Her other areas of interest include history, critical theory, and international migration flows. 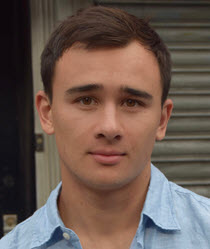 Bailey Marsheck will soon conclude his MA in Chinese Studies (politics and international relations) at the Yenching Academy of Peking University. He focuses on the intersection of political psychology and interstate competition, exploring how public opinion shapes, and is shaped by, the behaviors of national leadership within the U.S.-China relationship. He hopes to obtain a Mandarin capability in order to conduct empirical research via text mining and survey experiments. Mr. Marsheck earned a BA in international economics from UC San Diego. 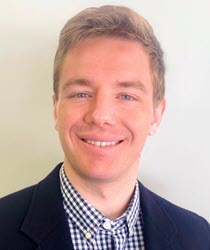 Charlemagne McHaffie is a recent graduate of the Security Policy Studies Program at George Washington University’s Elliott School of International Affairs. His research interests encompass contemporary security issues in Asia and the twentieth century military and political history of China. His contemporary interests include cross-strait tension, Indo-Chinese competition, and maritime security. His historical interests include the early years of the Chinese Communist Party, China’s role in World War II, and the Chinese Civil War. In future doctoral work, Mr. McHaffie hopes to explore how these historical issues inform modern China’s perceptions of its security environment. Before earning his MA, he received a dual degree in mathematics and interdisciplinary physics from the University of Michigan. 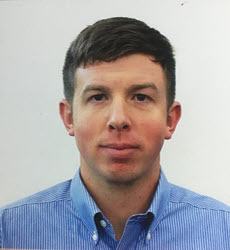 Benjamin Kletzer is a PhD candidate in modern Chinese history at the University of California, San Diego. Before beginning his doctoral studies, he earned a BA in history at the University of California, Santa Barbara, and spent three years working as a kindergarten teacher in Beijing. His research focuses on the development of railways in the People’s Republic of China, highlighting the role of the railway working class in constructing a modern industrial nation. His research combines archival history, oral history interviews, and economic analytics to understand how railways contributed to China’s development. Outside of academics, he enjoys railroad photography, rowing, hiking, and traveling.

Adam B. Lee is a PhD candidate in China studies at the Johns Hopkins School of Advanced International Studies. His current research interests include Chinese foreign policy, U.S.-China relations, cross-strait relations, and East Asian maritime security issues. His dissertation research focuses on China’s policy of deliberate ambiguity with regard to the substance and scope of its South China Sea claims. He received his BA in political science and Asian studies from Williams College and his MA in East Asian studies from Stanford University.

Winslow Robertson is a PhD student in the Managing People in Organizations Department of IESE Business School at the University of Navarra. His research focuses on the decision-making structure of Chinese provincial state-owned enterprises as part of the Belt and Road Initiative. Prior to IESE Business School, he was the founder and managing member of Cowries and Rice, a China-Africa strategic consultancy. He also worked at Morgan Stanley, the Natural Resources Defense Council, and the University of Maryland, College Park, in the Latin American Studies Center. He earned his MA in West African history from Syracuse University and his BA in the same subject from James Madison University. 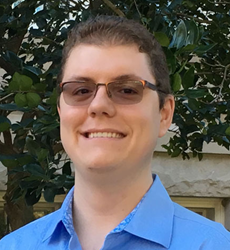 Wesley Hill is a PhD student in Political Development at Tulane University, where his research focuses on the many facets of Sino-African relations. Having received a BA in Political Science and History from the University of Nevada, Las Vegas as a double major with a focus on diplomatic history, Mr. Hill has opted to pursue a PhD to contribute to understandings of Sino-African and Sino-U.S. relations. His dissertation aims to add nuance to discussions of Sino-African relations by utilizing Chinese sources and perspectives on the mechanisms of interaction between Chinese and African state actors. 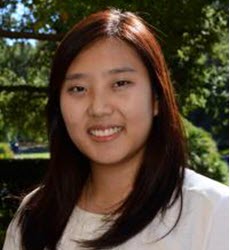 Haemin Jee is a PhD student in the Political Science Department at Stanford University. Her research interests lie in comparative politics, with a regional focus on China. She examines public opinion, with an emphasis on how government policy can shape citizens’ incentives and opinions. Ms. Jee graduated from Harvard University with a BA in Political Science. Born in South Korea, she moved to the United States at the age of six. Outside of research, she enjoys reading novels and traveling. 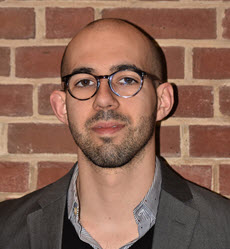 Evan Jones is a PhD student in Government and Politics at the University of Maryland, College Park. Before coming to Maryland, he earned a BA in International Relations and minored in Mandarin at Oakland University. A China scholar by training and a mathematician at heart, Mr. Jones combines qualitative and quantitative approaches to better understand the economic and media dimensions of China’s influence and how individuals and governments react to the country’s growing presence in their economies and politics. Mr. Jones has studied and conducted fieldwork in Nanjing, China. Beyond academics, he enjoys cooking, traveling, hiking the great outdoors, and playing guitar. 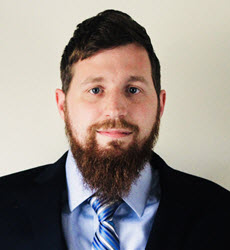 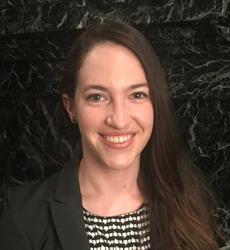 Sarah Sklar is a PhD student in Political Science at Boston University and a predoctoral research fellow at the Pardee School’s Global Development Policy Center. She studies global development and international political economy, with a particular focus on politics and economics in China. Her dissertation research looks at local-central government relations in China and how they influence Belt and Road Initiative projects. Ms. Sklar also uses network analysis to examine global trade and financial networks and China’s role within them. She received her BA in Development Studies from Brown University and worked in international education before attending graduate school. 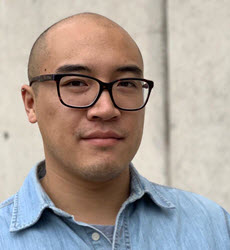 Nel Yang is a PhD student in Anthropology at the University of Texas, Austin. His research focuses on the impact of data and finance technologies at the Hong Kong–Shenzhen border. He completed his MA in 2018, in which he focused on the transformations of identity and labor mediated by mobile wallets. Prior to graduate school, Mr. Yang worked in public health and community organizing with Asian American, LGBTQ, and youth communities in Boston. He received his BA from Wesleyan University, where he majored in Anthropology and minored in Spanish. Other areas of intellectual interest include theory, pedagogy, and descriptive writing.