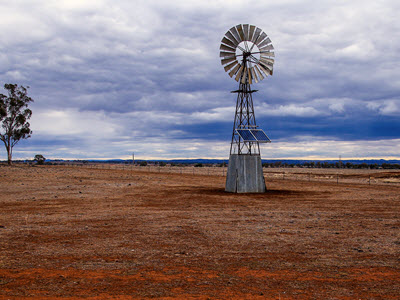 U.S.-Australia Energy Cooperation in the Indo-Pacific

Despite competing interests, the United States and Australia have maintained a close partnership on regional energy cooperation. This brief explores the dynamics of this partnership and assesses the overall outlook for future cooperation in the Indo-Pacific.

Can fierce competitors make for the best of allies? If the two powers involved are the United States and Australia, that answer is seemingly yes.

Both countries have substantial natural resource endowments (particularly in coal and natural gas) and significant competitive strengths in the export of these resources as well as technologies associated with solar, wind, and more efficient power generation. Government officials and industry leaders in both countries also regularly tout trade in energy and energy technologies as a critical driver of their respective country’s economic potential—and the market that U.S. and Australian exporters are most aggressively pursuing is one and the same: the Indo-Pacific. The Institute Of Energy Economics, Japan, now projects that by 2050 80% of all energy traded globally will be consumed in Asia.[1] This makes the Indo-Pacific the essential region for exporters in both countries.

Despite these competing interests, the United States and Australia have maintained a close partnership on regional energy cooperation. This brief explores the dynamics of this partnership and assesses the overall outlook for future cooperation in the Indo-Pacific. Specifically, it highlights areas in which the United States and Australia are already working together, as well as those where renewed or expanded cooperation could play an important role in increasing regional economic prosperity.

An important cornerstone of any collaboration is shared values. In broad terms, both the United States and Australia follow a market-based approach to energy policymaking that is backed by liberal democratic values. Both countries generally understand that the government’s role in the energy sector is to deploy a range of tools (e.g., regulations, standards, and investments) to nudge sectorial decisions into alignment with high-level goals such as promoting economic growth, combating air pollution, or guaranteeing labor safeguards.[2] Historically, this has meant resisting the urge to deploy resource advantages as a geopolitical weapon, lest it undermine confidence in international trade. When this approach is coupled with broader commitments to fostering open markets, the result to date has been an environment where U.S. firms can be competitive within Australia (and Australian firms within the United States), and where both nations regularly engage in joint collaborations on the basis of perceived mutual benefits and values.

In February 2018 the Trump and Morrison administrations launched the Australia-U.S. Strategic Partnership on Energy in the Indo-Pacific. The framework is designed to both build on ongoing areas of collaboration between the two countries (including R&D, investment, and market development) and to articulate meaningful ways in which further cooperation could advance the national security interests of both countries.[3] It also nominally prioritizes cooperation in three geographic subregions—Southeast Asia, South Asia, and Southwest Asia—although specific efforts since the announcement have also focused on the Pacific Islands.

The United States currently has only three strategic partnerships on energy within the Indo-Pacific (with the other two involving Japan and India). The partnerships with India and Japan include a relatively greater emphasis on the value of collaboration as a means for addressing energy insecurity as well as tackling needs within a bilateral context.[4] By contrast, the U.S.-Australia partnership is more outward-looking in terms of the envisioned benefits, focusing on joint and multi-party collaboration to address regional (rather than bilateral) needs. Moreover, the goal of cooperation is not necessarily limited to energy security.[5]

Open-ended flexibility is the hallmark of a successfully managed alliance. However, for such cooperation to be effective it must also be linked to mechanisms that can advance concrete outcomes. The following discussion identifies arenas where the United States and Australia are working to achieve specific, actionable goals.

According to estimates by the U.S. Energy Information Administration, developing Asia is anticipated to account for most of the global increase in energy use between 2018 and 2050.[6] Even though Asia is a key driver of global expansion in the deployment of renewable energy, its level of unmet energy needs is still such that the IEA projects that the demand for virtually all energy types will continue to grow. Thus, meeting the region’s energy requirements raises important economic and environmental questions. For a number of countries—particularly in Southeast Asia—it will also mean grappling with the added implications of becoming a net importer for the first time in history. Such dynamics can create powerful anxieties that, if not well-managed, could further contribute to rising resource nationalism and geopolitical tension.

Recognizing this, the U.S.-Australia Strategic Energy Partnership formally calls attention to two priority areas where the United States and Australia can partner in informing how the Indo-Pacific might meet its demands for energy: first, through supporting the deployment of low-emission technologies; and second, through promoting natural gas market development. Although the framework is not explicit on what might count as low-emission technologies, similar language in other strategic energy partnerships has touched on wind, solar, nuclear, and advanced coal technologies (which in turn, would mirror previous U.S.-Australia collaboration during the Obama and Turnbull administrations). To date, both countries have received criticism for not exploring cooperation in this arena more aggressively. Yet, regular and robust efforts do exist via state-supported labs and development aid bodies in both countries. These activities could be further amplified and expanded at the level of the strategic partnership if desired.[7]

Meanwhile, the second identified area of cooperation—natural gas market development—has nominally captured greater policymaker attention, and not without reason. As two of the world’s largest exporters of liquefied natural gas (LNG), both the United States and Australia are eager to expand their exports within the region, especially given the number of countries across developing Asia that have set ambitious targets for increasing their natural gas consumption. This is an area where policy can play a critical enabling role. An ongoing uncertainty is whether gas markets in these countries will be set up in a way that allows them to absorb and utilize supplies; for example, this might involve a need to mobilize financing to develop new import terminals or to reform monopolistic state-owned enterprises. In each of these cases, the experience and enabling support of U.S.-Australia engagement can play a positive role in navigating often difficult policy choices.[8] For example, Australia’s recent struggles to promote more flexible, healthier domestic gas markets offer a potential template for best practices that could be further amplified via cooperative efforts.[9]

In tandem with the expectation that Asia’s demand for energy will continue to rise is the expectation that the availability and overall capacity of energy-related infrastructure will need to increase dramatically. The Asian Development Bank (ADB) has estimated that developing Asia will require $26 trillion in infrastructure investment between 2016 and 2030 (or roughly $1.7 trillion a year), with $23 billion specifically linked to power and transportation sector infrastructure.[10] Of that, ADB estimates that existing commitments will meet just over half of this target.

With this in mind, in mid-2018 Australia and the United States announced that, along with Japan, they would enter into a Trilateral Partnership for Infrastructure Investment in the Indo-Pacific. In addition to investing significant financial and technical resources into directly helping countries build infrastructure, the partnership emphasizes capacity building, such as developing best practices for construction and procurement.[11]

In terms of specific execution of these goals, in June 2019 the three partners announced that they would commit more than $1 billion to an LNG infrastructure project in Papua New Guinea. Furthermore, in November 2019 they announced their intention to once again expand the scope of their partnership, creating a “blue dot” network. Though many specifics are still forthcoming, the network is expected to produce a certification process or other avenue to enable decision-makers to assess whether particular projects have been developed in line with the G-20 standards on infrastructure development. More broadly, Australia has committed to expanding the current funding of its Export Finance and Insurance Corporation alongside similar U.S. commitments to increasing the resources of its own Overseas Private Investment Cooperation (now the U.S. International Development Finance Corporation).[12]

However, closing the gap between infrastructure needs and financing will likely require private-sector investment to triple. As NBR’s Pacific Energy Summit has regularly noted, the challenge here is not identifying who might have the resources to fill this gap. Rather, it is how to increase the attractiveness of current or proposed projects so that groups feel confident investing. For example, several countries in developing Asia have histories of revolving debt in their power sectors, which can undercut interest from the private sector in financing new infrastructure.

A key role that the United States and Australia can play in addressing this challenge is by helping countries identify and champion reforms that could change the risk profile of urgently needed projects. This includes specific tasks, such as reducing fuel subsidies, as well as large undertakings, such as sunshine campaigns designed to improve market transparency and ultimately reduce corruption. As the United States looks at how to expand support provided by the U.S. International Development Finance Corporation in line with new authorities under the Better Utilization of Investments Leading to Development (BUILD) Act, this is an area where U.S. and Australian counterparts might strengthen their work together.

Both the United States and Australia already play an important role in reducing energy insecurities in Northeast Asia, and they continue to expand their ambitions in Southeast Asia, South Asia, and the Pacific. Yet at the same time, neither country could meet all of Asia’s projected energy demands on its own (or even in tandem). As noted by the head of the IEA, just meeting Asia’s rising demand for natural gas would require the United States to build one new LNG export terminal every five months.[13]

Consequently, even as both countries look at how they might directly meet Asia’s energy requirements, this cannot replace the broader requirement for healthy, well-functioning regional and global markets. And in turn, fostering such markets will require dedicated, long-term support for sustained reform efforts. These include ongoing initiatives to liberalize markets, discourage the politicization of energy, and strengthen regional energy architecture to reduce any one country’s exposure to risks stemming from price or supply shocks. And there is only so much of this that can be done in the bilateral, or even trilateral, realm.

Good alliances are adaptive, flexible, and contain breathing room that allows them to think creatively about how to best prepare for contingencies. The United States and Australia already have such an alliance on energy cooperation. But taking this to new heights as part of a strategy truly focused on the Indo-Pacific will require greater commitment.

Clara Gillispie is a CFR International Affairs Fellow at Carnegie India and Senior Advisor to the National Bureau of Asian Research. She also serves as the official U.S. delegate to the Energy Research Institute Network, an East Asia Summit–linked network whose inputs are designed to inform the formal East Asia Summit process.

[2] As recent events in both Australia and the United States have underscored, these goals are not always easy to achieve and select policies can undermine overarching efforts. However, this does not necessarily suggest that a market-based approach is not a useful tool, but rather that even in this system sound policy and policy incentives play an important role in shaping outcomes.

[5] In fact, energy security was not added as a specific element of the work plan until months after signing.

[7] For further discussion of these efforts, see Alan Yu, “The Case for U.S. Clean Energy Cooperation in Asia,” Center for American Progress, May 6, 2019, https://www.americanprogress.org/issues/green/news/2019/05/06/469379/case-u-s-clean-energy-cooperation-asia. 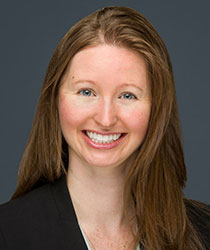 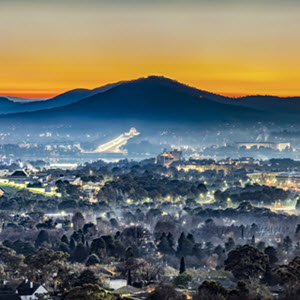 This is part of a brief series from the project Strength to Strength: The Future of the U.S.-Australia Alliance. Learn more and see all briefs in the series.