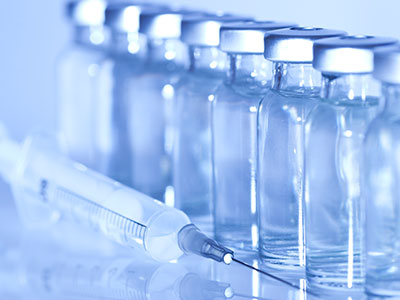 India has set ambitious targets for developing its healthcare sector. One recent estimate suggests that the country’s universal healthcare rollout may cost up to $26 billion over the next four years—more than the government’s current annual spending on all facets of healthcare. Improving health services will be a question of not just providing new financing, but of increasing access to medical care and fostering innovation that can address the country’s complex challenges. How can India meet its goal to provide healthcare for all?

With this question in mind, NBR spoke with Anup Malani (University of Chicago Law School and Pritzker School of Medicine). In this interview, Professor Malani offers insights into efforts to strengthen India’s healthcare sector and discusses how U.S.-India collaboration can facilitate the innovation needed to achieve the Modi administration’s ambitious targets. He argues that while there is no single solution for addressing the country’s healthcare challenges, collaborative efforts that engage a range of stakeholders will play a key role in moving forward.

You are working on a large project that assesses India’s healthcare sector and addresses how to enlarge the population covered by health insurance. What are the goals of this project?

The project is called the Indian Health Insurance Experiment. I lead a team of researchers in three countries who are conducting a large-scale, randomized control trial to assess the benefits and costs of using India’s existing Medicaid-like public health insurance plan—known as the Rashtriya Swasthya Bima Yojana (RSBY)—as a platform for universal coverage. This has suddenly become very relevant because the new Modi administration has identified universal coverage as a policy priority. The study examines the merits of different approaches to ensuring that every household has financial access to necessary healthcare, with an eye toward the impact of universal coverage on the Indian government’s budget. To ensure it is representative, the study includes nearly 60,000 subjects and over two hundred towns and villages in central and southern India. We are collaborating with the Indian government to make sure that the study provides actionable evidence on reforming healthcare financing policy.

Pharmaceuticals and drug therapies are essential elements of the delivery of healthcare in any country. India has one of the largest generic-drug industries in the world, with annual exports of nearly $15 billion. Some Western pharmaceutical companies are concerned with India’s intellectual property (IP) environment, particularly with regard to drugs still under a patent. To what extent are these factors relevant in your work to date?

The Indian Health Insurance Experiment focuses on RSBY, which only provides coverage for inpatient treatment. Hospitalization often involves utilization of medicines, but RSBY does not include, importantly, medicines distributed through community pharmacies. That said, my research team does follow the debate over IP rights as it develops new projects. One interesting recent development is the notion that the protection of IP rights is necessary to ensure that India does not merely produce generics but also produces its own innovator drugs. Another recent development is that one may be able to reduce the access costs of IP rights by promoting the use of low-cost or free medicines by poor populations through government programs and facilities that serve them. This form of budget-sensitive pricing may increase openness to IP protection for drugs sold to other, more affluent populations in the country.

What are other obstacles to the effective delivery of healthcare in India?

It is helpful to think of India as a federation of different nations at different levels of development. There is inequity in access by population groups, gender, rural-urban communities, and geographic locations. Thus, no one formula to improve healthcare delivery will suffice, as India’s disease burden varies widely. Much of the population suffers from basic primary healthcare challenges and is vulnerable to communicable diseases that are characteristic of countries at the lower end of development. However, large sections of the growing upper and middle classes also suffer from lifestyle diseases such as diabetes and cardiovascular diseases.

Other challenges cut across the income spectrum, such as supply-side challenges resulting from the shortage of hospitals and healthcare centers, particularly in rural areas. These problems are exacerbated by a shortage of quality human resources in healthcare and a weak system of governance to ensure standardized, quality training in medical schools. The formal healthcare market is huge and diverse, comprising small nursing homes and clinics as well as large hospital chains; it is expected to grow at a compound annual growth rate of 15% and reach $160 billion by 2017. However, the market is fairly under-regulated and many people in the peri-urban and rural sector use informal healthcare providers. Some estimates suggest that as much as 50% of the healthcare providers in India operate in this gray market. Additionally, failures in the primary healthcare system reverberate in the secondary and tertiary healthcare systems. These manifest as overcrowding at secondary and tertiary hospitals, which are much more costly to operate.

As you have aptly noted, there are also broader questions that India needs to address about fostering domestic innovation. Can you tell us more about your work as co-founder of the International Innovation Corps (IIC), and some of its efforts that may be applicable to understanding how to strengthen public policy in India?

The IIC is a social-service program that strategically invests human resources to jump-start the process of solution-based innovation in the Indian public sector. Concretely, it takes top-performing graduates of the University of Chicago and leading Indian universities, organizes them into teams of five fellows and trains the fellows for five weeks in skills required to translate their academic knowledge into on-the-ground contributions. Upon completion of training, the IIC embeds each team with an Indian government official to work on an ambitious development project for a period of thirteen months.

The IIC evolved from an initial meeting in Delhi between Sanjay Bhargava, who is a successful entrepreneur and former PayPal founding member, and me, a lawyer and economist. In our own ways, both of us had discovered that far too often the challenges government leaders faced were too great for them to tackle alone, yet they frequently lacked the executive teams that could help them overcome those challenges. I contrasted the shortage of quality human capital we saw in the Indian government with the surplus of social-minded, hard-working, and intelligent graduates I encountered at the University of Chicago and other schools at which I lectured. It was then that the idea of the IIC was born.

Sanjay and I, along with Phoebe Holtzman (a graduate of the College of the University of Chicago and now a researcher at the University of Chicago Law School), decided to build an initiative that would promote a culture of problem solving within Indian government institutions. By connecting creative and determined graduates from the United States and India with dedicated government officials in India, the IIC is making it possible for teams of individuals to work together and develop scalable solutions within the Indian bureaucracy.

This year, the IIC has three teams of fellows working on three distinct projects: designing a viable charter city outside Delhi to serve as a model for India’s new charter city movement with the Delhi-Mumbai Industrial Corridor Development Corporation; establishing sustainable job-creation and vocational-training programs in India’s textile sector with the National Skills Development Corporation; and expanding the use of solar technologies for rural electrification across India with Central Electronics Limited. Next year, the IIC will have seven projects spanning the fields of education, financial inclusion, infectious disease control, and sanitation, among others. We also recently signed a three-year collaborative agreement with USAID that envisions the expansion of the IIC program into countries beyond India.

How can the work that is being done by IIC aid in fostering stronger U.S.-India economic ties?

Ambassador Kathleen Stephens, U.S. chargé d’affaires in India, in an address at the launch of the IIC at the University of Chicago Center in Delhi, said that the Indo-U.S. economic relationship is built on the back of collaboration between entrepreneurial individuals and companies. These collaborations in turn rely on participants finding common ground and investing in each other. Our hope is that the IIC helps identify and invest in new common ground between our two countries. By providing examples of successful collaboration in the civil sector, we seek, among other things, to encourage collaboration between our two countries’ governments and businesses in a manner that hastens progress for both U.S. and Indian citizens.

This interview was conducted by Ved Singh, an intern at NBR.