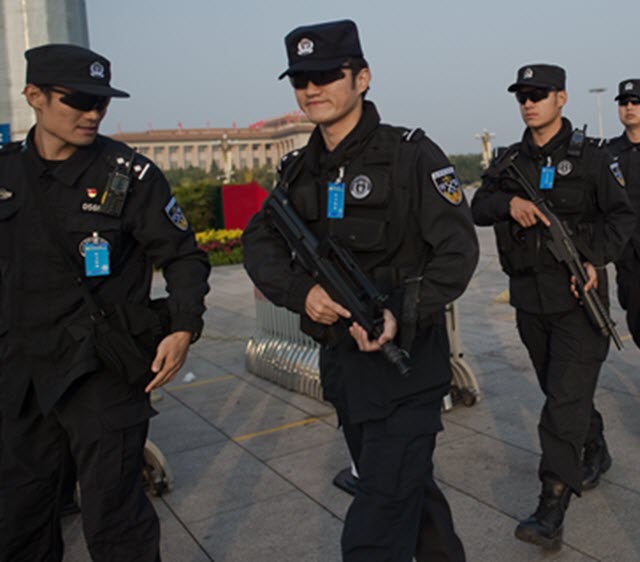 Special police with machine guns patrol on Tiananmen square ahead of the Great Hall of the People for the closing session of the 19th Communist Party Congress in Beijing on October 24, 2017. Chinese President Xi Jinping’s name was added to the Communist Party’s constitution at a defining congress, elevating him alongside Chairman Mao to the pantheon of the country’s founding giants. / AFP PHOTO / NICOLAS ASFOURI (Photo credit should read NICOLAS ASFOURI/AFP via Getty Images)