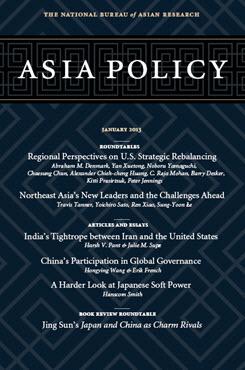 China's Participation in Global Governance from a Comparative Perspective

Compared with the other emerging powers in the so-called BRIC group (Brazil, Russia, India, and China), China has underparticipated in global governance in terms of contributing personnel, finance, and ideas to major multilateral institutions and programs. This article seeks to answer the question of why China has not become more involved in global governance from the perspectives of both supply and demand. The low supply of China’s contributions results from the limited interest of the Chinese government and limited capacity of both the government and Chinese society. The low demand for China’s involvement in global governance is due to the continued ambivalence of the international community toward China. The U.S. and other countries should, and to a limited degree can, encourage China to take on a bigger role in providing global public goods.