Rare earth metals, a group of seventeen elements used in the manufacture of semiconductors, batteries, and defense systems, have taken center stage in the U.S.-China trade war. China produces more than 80% of global output, and this dominance of the market puts it in a powerful bargaining position with the United States and other developed economies. This dynamic not only is important to current U.S.-China relations but also raises broad questions about supply chain security in the interconnected global economy.

NBR’s Nicholas Hunnewell spoke with Kristin Vekasi of the University of Maine about the history of the rare earths market, the concerns facing the industry today, and the steps that the United States can take to mitigate risks in this area.

How has China grown to dominate the market for rare earth metals even though it only possesses one-third of known global deposits?

China has dominated the production of rare earth metals since the 1990s, driven largely by two factors: low prices and state-backed investment in infrastructure and technology. In prior decades, the United States had dominated this market, largely through production at the Mountain Pass mine in California. However, as Chinese output began to reach levels that could fulfill global demand at a much lower price point, the United States was unable to compete. By the 2000s, China had near complete domination of rare earths production.

This dominance was not achieved by prices alone. The Chinese party-state also used industrial policy starting in the 1980s to develop expertise in the extraction, separation, and refinement of rare earths. Chinese industrial policy in fact mirrored the U.S. approach in the 1950s and 1960s, when the Ames Laboratory and Rare-earth Information Center (RIC) used state investment to bolster the efforts of the private sector.

While state support has declined rapidly in the United States (RIC was gone by 2002), Chinese institutions are still going strong. After China established dominance in production, it used differential pricing to give domestic downstream producers an advantage over foreign buyers. The cheaper domestic prices, as well as the availability of deep expertise, served to attract foreign talent to China. This policy has been quite successful: Japanese firms that rely on rare earths have moved some production to China, and U.S. rare earths are now exported there for separation, processing, and refinement.

What other countries have considerable deposits of rare earth metals that could be mined or are being mined, and what makes it difficult for them to viably challenge China’s dominance?

China only has an estimated 30% of global reserves of rare earths. Substantial and exploitable deposits of rare earths are also found in North America, Australia, Southeast Asia, Central Asia, and Sub-Saharan Africa. There are a number of challenges to opening up new mining sites, including low prices and high environmental costs. The environmental damage (including, for example, radioactive sludge runoff into the water supply) is bad in the mining stage and even worse in post-processing.

China largely controls prices, keeping them low and making it difficult to compete. The former U.S. company Molycorp’s experience with the California Mountain Pass mine is instructive: the company had to file for bankruptcy shortly after reopening when prices collapsed. The Canadian-based company that now owns the assets has largely relocated R&D and the separation and refinement processes from Mountain Pass to China.

Opening new mines is also time-consuming and fraught with risk. Of thirteen potential sites in Africa, for example, only two are producing, three have failed, and the other eight are at very early stages. There are issues of contested ownership, nationalization, and of course environmental concerns. Most of these projects started at least a decade ago. Those that are producing are the vestiges of colonial-era mines that were first exploited in the 1930s in the case of the Burundi Gakara mine or 1960s in the South African Glenover mine.

Nearly ten years ago, Japanese companies found themselves in a position of considerable risk when China blocked rare earth exports to Japan. What has Japan done since then to reduce reliance on those rare earths or on China more generally?

After China allegedly cut off rare earth exports to Japan in the midst of a territorial dispute in 2010, the Japanese state and private sectors aggressively moved to lessen their dependence on China, but the United States did not. A key takeaway is that the uncertainty of 2010 fundamentally changed Japanese but not American behavior. Japan’s state and private sectors collaborated to diversify the rare earth supply through industrial policy, diplomatic efforts, and the efforts of private enterprise.

In 2010 the Ministry of Economy, Trade and Industry introduced an initiative explicitly aimed at “escaping China” that promoted recycling, research on substitution, and international diversification with grant programs. There were also diplomatic efforts in countries with rare earth potential but not capacity (including India, Kazakhstan, Vietnam, and Mongolia). The Japan Oil, Gas and Metals National Corporation (JOGMEC) also moved forward on projects in South Africa, the United States, Brazil, Chile, Kazakhstan, and Malaysia.

By late 2017, Japan was importing around 30% of its rare earths from Asian countries other than China. Many of these come from Malaysia, which has a processing plant operated by the Australian company Lynas. Lynas mines the rare earths at Mount Weld in Australia, exports them to Malaysia for separation and processing, and then sells them largely to Japanese buyers. The metals include neodymium and praseodymium, which are used in electric car batteries.

These efforts, however, have also had their share of setbacks and controversy. The plant in Malaysia, for example, is currently embroiled in environmental disputes with the Malaysian government, which is concerned that Australia is exporting its pollution. Additionally, the efforts in Mongolia and Kazakhstan have largely failed, including an attempted joint venture between Toshiba and the state-owned Kazatomprom in Kazakhstan.

Nonetheless, if a blockade were to happen again, it is unlikely that its impact would be as dramatic on either prices or diversification efforts, at least for Japan. An important lesson of the past decade has been that alternatives are available with time and persistence, which should help contain panic.

As countries assess the risk of supply chain disruption, what industries would truly face a bottleneck in advancing technology if access to rare earths were restricted, and which would be more resilient?

In addition to the electronics sector, the U.S. defense industry relies heavily on rare earth elements. Industries that rely on permanent magnets are particularly vulnerable to disruptions in the supply chain. For example, as noted earlier, the batteries in electric vehicles rely on neodymium and praseodymium. These magnets are also necessary in key parts of the U.S. security industry, including missile-guidance systems and drone technology. There are no quick or easy alternatives.

What policy tools or resources exist for addressing concerns over supply chain security when markets fail to accurately capture risks or the costs of externalities?

There are two primary options that policymakers could pursue to strengthen U.S. security with respect to rare earth elements: (1) promoting domestic production and (2) improving domestic expertise through the education system and a public-private knowledge pipeline. Most attention should be given to the second option.

Following China’s alleged blockade of rare earths in 2010–11, there was much discussion in the United States of subsidizing domestic production, which ultimately did not come to fruition. Direct subsidization of mining is not the best approach. If prices of rare earths rise, which would likely happen in the case of strict Chinese trade restrictions, mining in the United States could be profitable again. Policymakers will need to carefully consider the concerns of all the relevant stakeholders in this crucial industry, perhaps assisting companies with offsetting some of the environmental externalities. To diversify, the United States needs to plug in to existing supply chains outside China, perhaps following the example of Japan.

China’s dominance in rare earth metals is due to far more than the geography of reserves. It has been maintained by investment in human capital, price controls, and industrial policy, and the result has been a shift in capacity in rare earths to China. Policymakers should invest in education and research through the university and national lab systems to rebuild expertise in infrastructure and personnel that would strengthen the private sector. A relatively simple first step would be to increase funding opportunities for the Critical Materials Institute at the Ames Laboratory before beginning research and training programs that require additional infrastructure or personnel.

Kristin Vekasi is an Assistant Professor in the Department of Political Science and School of Policy and International Affairs at the University of Maine. She is also a Fellow in the National Asia Research Program.

This interview was conducted by Nicholas L. Hunnewell, a Trade, Economics, and Energy Affairs Intern at NBR. 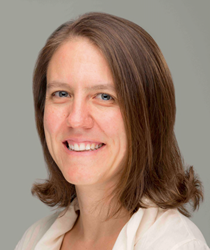