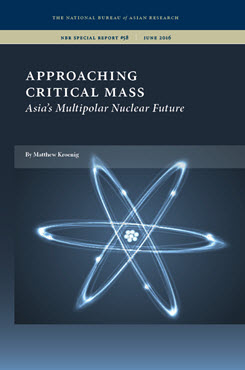 This report explores the dynamics of a multipolar nuclear order in Asia and assesses the implications for U.S. foreign and defense policy.

Nuclear multipolarity in Asia poses a number of unique challenges for U.S. national security, which are often novel from similar problems faced under conditions of nuclear bipolarity. As defined in this report, a multipolar nuclear order is simply an international system in which multiple nuclear-armed states regularly interact. Asia is defined here broadly as stretching from East Asia to the Middle East. The most important and fundamental differences with the Cold War are that, at present, the major nuclear-armed states each have multiple nuclear-armed adversaries, and these competitor states are not aligned with one another, meaning that each power must take into account, and tailor policies to address, distinct and often overlapping strategic dynamics. The U.S. faces heterogeneous dangers from Russia, China, and North Korea. Russia must be concerned with distinct nuclear threats from both China and the U.S. China confronts manifold challenges from the U.S., Russia, and India. And India must deter unlike nuclear threats from China and Pakistan. There are other differences as well, each with specific implications for nuclear strategy and posture, arms races and arms control, escalation, extended deterrence and assurance, and proliferation.

Matthew Kroenig is an Associate Professor in the Department of Government and School of Foreign Service at Georgetown University and a Senior Fellow in the Brent Scowcroft Center on International Security at the Atlantic Council. 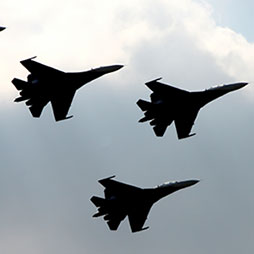