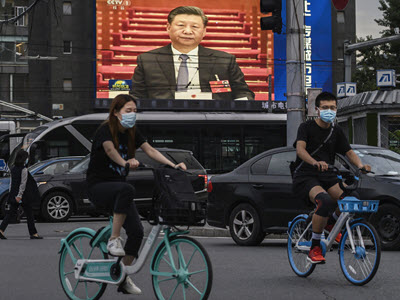 A Clarifying Moment
The Covid-19 Pandemic and the Future of the U.S.-China Rivalry

NBR counselor Aaron L. Friedberg reflects on the Chinese Communist Party’s response to the pandemic and how it reveals what a world with a dominant China would look like. He sees an opportunity for the United States to seize the crisis as a defining moment in which to forge a coordinated and coherent strategy toward China.

The irresponsible and opportunistic handling of the Covid-19 pandemic by the Chinese Communist Party (CCP) has cast a harsh light on the regime’s true nature and ultimate intentions. For all of its enormous economic and human costs, therefore, the unexpected appearance of this devastating disease has created an opportunity. After a decade of increasingly aggressive Chinese behavior on a range of fronts, there is now a better chance that the world’s democracies may finally be willing and able to mount a coordinated, sustained defense of their shared interests and common values.

But this opportunity is certain to prove fleeting. If they fail to turn it to their advantage, the democracies could well emerge from the current crisis weaker and more inward-turning, divided among themselves, and in some cases more susceptible to CCP threats and blandishments than they were before the pandemic began. While the economic, social, and political forces set in motion by this once-in-a-century natural disaster are too complex and powerful for any single country to control, U.S. policy will be the most important factor in determining the long-term strategic implications.

To a degree that could not have been predicted when it first began, the pandemic appears to have had a dramatic and far-reaching impact on perceptions of CCP-ruled China, not only in the United States but across the democratic world. It is as if at every stage the unfolding of the crisis has pulled back another curtain, revealing yet more ugly facets of the regime’s character and highlighting the diverse dangers that it can pose to others. The fact that the CCP allowed the coronavirus to percolate and propagate, without providing timely warning of what it knew, offers a vivid, almost visceral, demonstration of the threat that a powerful, secretive but globally embedded nation can pose to the well-being of the rest of the world. In contrast to abstract disquisitions by Western politicians on the virtues of “transparency,” its absence in China has become quite literally a matter of life and death for their own citizens.

As the virus began to spread in democratic countries, publics and governments were brought face to face with the corrosive effects of three decades of globalization on their ability to produce what they need to defend themselves, and not only against a deadly infectious disease. The costs in lost lives, the humiliation of revealed dependency, and the recognition of the future risks to prosperity and security of relying on China-centered supply chains have prompted an agonizing reappraisal of prevailing trade and industrial policies in Europe and Asia, as well as the United States.

THE CCP’S RESPONSE TO THE PANDEMIC

Since Xi Jinping’s rise to power, China’s approach to the world has grown increasingly assertive, and even at times aggressive. The Covid-19 pandemic has given the regime an opportunity to flex its new diplomatic muscles, with ugly and often counterproductive results. Beijing’s heavy-handed “mask diplomacy” has stirred at least as much resentment as gratitude in Europe, especially once it became clear that recipient countries were being charged for medical gear of the sort that many had donated to China only a few weeks before. The fact that many testing kits and masks turned out to be faulty added injury to insult, further underlining the dangers of dependency.

Even as the CCP squelched any hint of domestic criticism of its handling of the pandemic, the party attempted to do the same on the global stage. Here again, Beijing’s behavior has marked a continuation and, in certain respects, an intensification of trends visible before the crisis began. Confrontational, insulting statements by “wolf warrior” spokespersons and even ambassadors in Western capitals were bad enough. More serious and more troubling were threats, tacit in some cases and explicit in others, to impose tangible costs on countries that earned Beijing’s displeasure, whether by cutting off shipments of medical gear or in the case of Australia (which had the temerity to call for an independent investigation of the disease outbreak) by suspending imports of agricultural goods. Whatever the intent, the regime’s arrogance and high-handedness have served as a clear warning, especially to weaker “middle powers,” of what it would be like to live in a world dominated by China.

“Despite an official stance foreswearing any intention of engaging in ideological rivalry, Chinese spokespersons have not shied away from suggesting that the crisis demonstrates the weakness of democratic institutions and the superiority of their own system of government.”

The regime’s words and deeds also tend to reinforce some of the darker interpretations of its ultimate strategic objectives. Despite ceaseless talk of “win-win cooperation,” “harmony,” and building a “community of common destiny,” Beijing’s differential treatment of those that toe the party’s line and those that appear to reject it was seen by some top diplomats as intended to divide Europe. This impression has been reinforced by Chinese disinformation campaigns targeting certain governments and multilateral institutions. And, despite an official stance foreswearing any intention of engaging in ideological rivalry, Chinese spokespersons have not shied away from suggesting that the crisis demonstrates the weakness of democratic institutions and the superiority of their own system of government.

“The most important steps that Washington can take to counter China’s various initiatives are to deal far more effectively with the ongoing national health crisis than has been the case to date and to get the U.S. economy back up and running.”

Last but not least, Beijing has exploited the distraction caused by the pandemic to engage in acts of incremental aggression, further tightening its grip on Hong Kong, ramping up its pressure campaigns in the South China Sea and against Taiwan, and using a show of force to assert its border claims against India. None of this is entirely new. But, taken together, these actions highlight the regime’s evident willingness to use threats, and perhaps eventually to engage in large-scale acts of violence, to achieve its ends.

THE CHANCE FOR A NEW CONSENSUS

The most important steps that Washington can take to counter China’s various initiatives are to deal far more effectively with the ongoing national health crisis than has been the case to date and to get the U.S. economy back up and running. The longer it takes to achieve these ends, the deeper the damage will be, the heavier the burden of debt, and the greater the downward pressure on spending for defense, research, foreign assistance, and other activities essential to waging a protracted geopolitical competition with China. The more prolonged and painful the recovery, the less appetite the American people will have for continuing to engage in such a contest.

“The fact that the two parties are now accusing one another of being ‘soft on China,’ and competing to see which party can stake out the tougher stance, suggests that in practice a consensus may be emerging.”

Although attitudes have been hardening for several years, recent events have deepened public concern about China. Significant majorities of both Republican and Democratic voters now express a dim view of the CCP regime and its intentions, and similar attitudes are found on both sides of the aisle in Congress. At least in theory, the possibility therefore exists to forge the strong bipartisan consensus that will be needed to implement a coherent strategy across administrations. Perhaps unsurprisingly, in the heat of an ongoing presidential campaign there is little room for comity or convergence. Nevertheless, the fact that the two parties are now accusing one another of being “soft on China,” and competing to see which party can stake out the tougher stance, suggests that in practice a consensus may be emerging.

Policymakers should also take advantage of this clarifying moment to hammer out a greater shared understanding with U.S. allies of the challenge posed by China and a more coordinated approach to dealing with at least some of its numerous dimensions. Deepening skepticism about Beijing’s intentions may improve the odds that other friendly governments will ultimately decide to follow the United States’ lead in banning Huawei from their IT networks. There may also be a better chance of reaching agreement on the need for tighter controls on exports of some advanced technologies. Instead of trying to achieve self-reliance in pharmaceuticals, medical devices, and other critical items, the democracies should seek to form a trusted production network, with understandings regarding how needs would be met in a common emergency. The United States should also work with friendly and allied governments to encourage the diversification of supply chains away from China. Rather than threatening them with tariffs, Washington should combine with like-minded countries to rebuild and strengthen a partial liberal trading system, one in which the participants genuinely adhere to the same principles of openness and work together to defend their interests against those countries that do not.

Beyond the realm of economics, the democracies should cooperate more closely in countering the influence operations and disinformation campaigns that Beijing is busily waging against them. They should make common cause in challenging China’s human rights abuses, its snuffing out of Hong Kong’s democracy, and its attempts to export techniques and technologies for population control. As the recent actions of the World Health Organization make plain, the United States and like-minded partners also need to do more to contest the CCP’s ongoing penetration and manipulation of international organizations. For this purpose, and more generally, the democracies must focus a greater portion of their collective attention on the “global South,” a part of the world where Beijing has been making significant inroads.

The Covid-19 pandemic has highlighted the need for a more coordinated approach to dealing with China, and it appears also to have created the conditions that make such an approach feasible, both at home and abroad. What remains to be seen is whether U.S. political leaders will have the wit, and the ability, to seize the moment.

Aaron L. Friedberg is Professor of Politics and International Affairs at Princeton University and a counselor at the National Bureau of Asian Research. He is the co-author of the NBR reports “Partial Disengagement: A New U.S. Strategy for Economic Competition with China” and “Answering China’s Economic Challenge: Preserving Power, Enhancing Prosperity.”

See the related interview “Aaron Friedberg: On Increasing Tensions in the U.S.-China Relationship.” 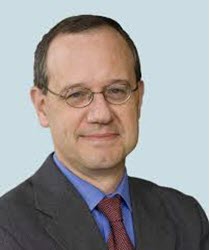