South Korea is often ranked as one of the world’s most innovative economies. Its successful deployment of 5G networks and development of smart cities have demonstrated the country’s ability to develop and adopt advanced technologies domestically. South Korea’s innovation ecosystem is bolstered by a data privacy framework, in the form of the Personal Information Protection Act and other legislation, that is regarded as simultaneously enabling innovative uses of big data and providing strong privacy protections for individuals.

South Korea’s experiences and perspectives could thus play an important role in helping to inform larger efforts to strengthen data governance in the Indo-Pacific, and to that end President Moon Jae-in has expressed growing interests in both sharing his country’s story and enhancing coordination with other likeminded regional partners. Nonetheless, these efforts are taking place in the context of a region where others—such as the United States, China, and Japan—are also seeking to shape the future of technology and its governance, and in many cases have arguably more robust regional outreach already in place.

On June 22, 2021, NBR held a virtual discussion exploring what it might mean to bring South Korea into the crafting of a new strategy designed to strengthen and better align regional approaches to data governance in the Indo-Pacific. 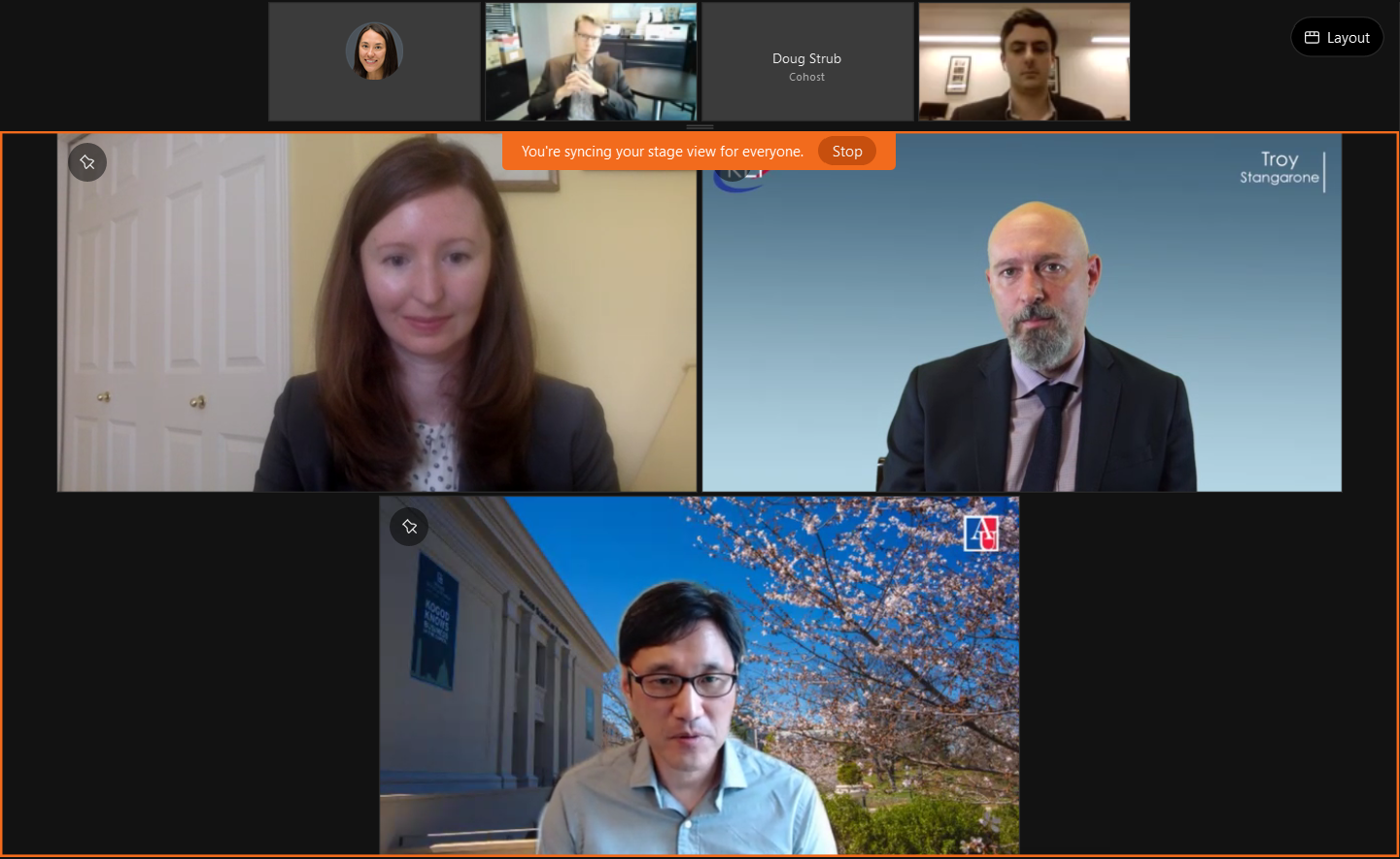 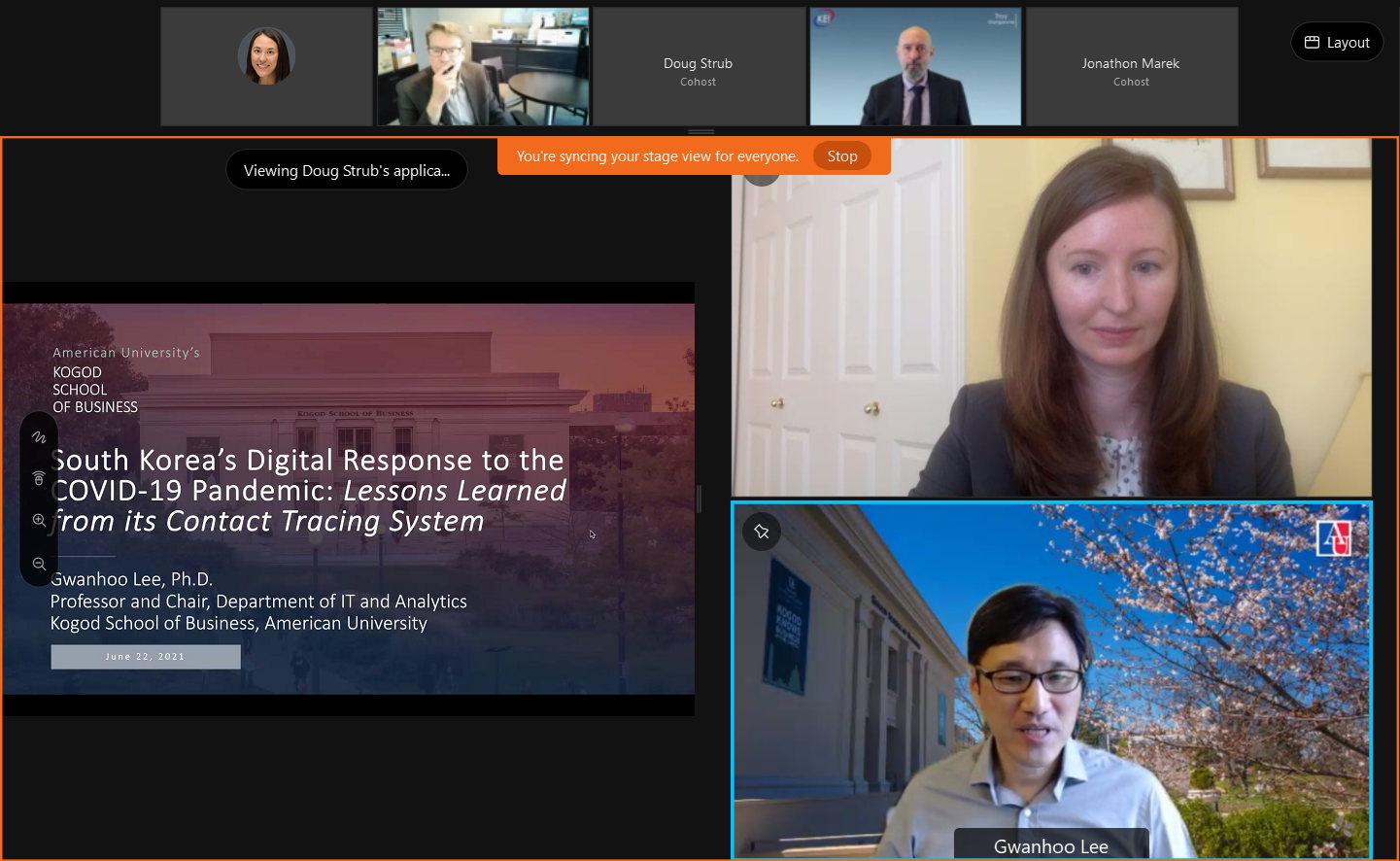 Clara Gillispie is a Senior Advisor to the National Bureau of Asian Research (NBR). Her subject-matter expertise covers topics ranging from technology policymaking to energy security to geopolitical trends in the Asia-Pacific. Ms. Gillispie is the author of numerous policy essays and reports, including “Networked Benefits: Realizing the Potential of 5G in South Korea” (2020) and “South Korea’s 5G Ambitions” (2020). Previously, Ms. Gillispie served as a Senior Director for Trade, Economic, and Energy Affairs at NBR. She was also a 2020 International Visiting Fellow at the Taiwan Foundation for Democracy, a 2019–2020 Council on Foreign Relations International Affairs Fellow at Carnegie India, and a 2017–2018 SAFE Energy Security Fellow.

Gwanhoo Lee is Professor and Chair of the Department of Information Technology and Analytics at American University. His primary research interests include digital innovation, digital transformation, cybersecurity, and smart government. He has previously consulted for the World Bank and Samsung on digital strategy issues. He received his PhD in Business Administration from the University of Minnesota, and both a BS and MS in Industrial Engineering from Seoul National University.

Troy Stangarone is Senior Director and Fellow at the Korea Economic Institute (KEI), where he oversees KEI’s trade and economic programs. He also serves as the editor for KEI’s flagship publication, Korea’s Economy. He has written widely on South Korean trade and foreign policy issues. Prior to joining KEI, he worked for Senator Robert Torricelli on trade and foreign policy issues. He received a MSc in International Relations from the London School of Economics and a BA in Political Science and Economics from the University of Memphis.

Michael Wills is Executive Vice President at the National Bureau of Asian Research (NBR). He manages all aspects of NBR’s financial and business operations, including program and business development and corporate strategic planning, and serves as secretary to the Board of Directors. His research expertise includes geopolitics, international security, and the international relations of Asia, with a particular interest in China’s relations with Southeast Asia. Mr. Wills is co-editor or contributing editor of eleven Strategic Asia volumes and several other edited volumes on Asian security and is a member of the Asia Policy journal’s editorial advisory committee. He holds a BA (Honors) in Chinese studies from the University of Oxford.