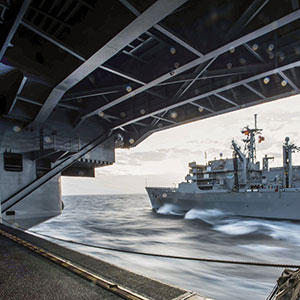 Strategies for a Shift toward the Asia-Pacific


The 112th Congress faces an array of complex challenges to U.S. interests in the Asia-Pacific. Yet at the same time, closer trading ties and improving relationships enable new opportunities for engagement.

These conditions are augmented by the Obama administration’s decision to strategically refocus toward the Asia-Pacific, setting the stage for a series of critical decisions in Congress on U.S. trade policy, intellectual property, and military posture, among other issues. Given the growing importance of Asia to U.S. objectives overseas, it is vitally important for policymakers to understand the transformations underway in Asia and the implications for American strategic, economic, and diplomatic interests.

With this in mind, The National Bureau of Asian Research (NBR) hosted “Engaging Asia 2012: Strategies for a Shift toward the Asia-Pacific” on April 18, 2012. This half-day conference assembled high-level experts from government, academe, and the diplomatic community to offer insights into the key elements that the United States must consider to sustain its focus on Asia.

WELCOME AND KEYNOTE ADDRESS: The Role of Congress in America’s Strategic Rebalancing toward the Asia-Pacific

PANEL ONE: U.S. Trade Policy in the Asia-Pacific and the Trans-Pacific Partnership Agreement

David Bisbee is Deputy Assistant U.S. Trade Representative for Southeast Asia and the Pacific and Deputy Lead Negotiator for the Trans-Pacific Partnership.

Edward Gresser is the Director of ProgressiveEconomy.

Ambassador Mike Moore is the Ambassador of New Zealand to the United States. He is a past Director-General of the World Trade Organisation (WTO) where he oversaw the launch of the Doha Development Round, and a former Labour Prime Minister of New Zealand.

Michael O’Hanlon is Director of Research and Senior Fellow at the Brookings Institution.

Michael Schiffer is Senior Advisor and Counselor to the U.S. Senate Committee on Foreign Relations. Prior to assuming this role in February 2012, he was Deputy Assistant Secretary of Defense for East Asia.