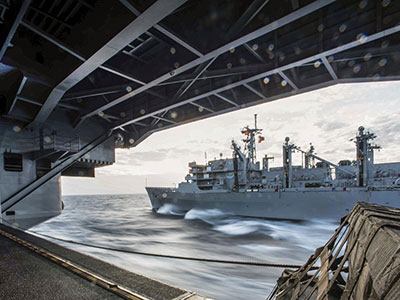 Congressman J. Randy Forbes argues that China’s rapid military modernization and increasing defense budget could tilt the regional balance of power in Beijing’s favor and enhance its ability “to deter U.S. forces from entering the region, coerce neighboring states, or—should conflict ensue—win a rapid victory.” To counter this threat, he cautions that the United States must remain vigilantly prepared and reassess both its military and diplomatic strategies over the next several decades.

Just as the history of the world was written in Europe during the 19th and 20th centuries, the history of the 21st century will surely be written in the Asia-Pacific. Four decades of almost uninterrupted economic growth and the expansion of democratic governance have created a region of peace, prosperity, and integration that rivals almost any in history. Over the past decade, however, the People’s Republic of China has rapidly modernized its military, including another double-digit budget increase next year, with aspirations of expelling the United States from the region. If present trends continue, the regional balance of power could tilt in Beijing’s favor as it is increasingly able to deter U.S. forces from entering the region, coerce neighboring states, or—should conflict ensue—win a rapid victory.

In response, the United States needs a two-pronged military and diplomatic effort—not only to affect the next year or two, but to think and plan strategically for the next several decades. This strategy must seek to develop new methods and capabilities to sustain a level of credible deterrence in the region while simultaneously strengthening alliances and enhancing new relationships.

First, we must recognize that the best way to avoid great-power conflict is to remain vigilantly prepared. In support of this cause, the Pentagon has identified the Asia-Pacific as a top priority and rightfully chosen to develop an air-sea battle concept. This concept aims to help define initiatives to develop the capabilities and integration necessary to help combatant commanders conduct integrated, cross-domain operations in anti-access/area-denial (A2/AD) environments. Air-sea battle calls for striking at multiple nodes of an enemy’s system along three lines of effort. If we can consider these lines in terms of an enemy archer, one could choose to blind the archer (disrupt), kill the archer (destroy), or stop his arrow (defeat). From electronic warfare to developing a “family” of long-range strike systems, balanced capabilities geared toward executing all three will be required.

My concern regarding the Pentagon’s new Strategic Guidance and Future Years Defense Program (FYDP) rests with a fourth scenario in the archer metaphor: the arrow hits its target. Despite the impressive networked capabilities of today’s fleet, numbers will still matter during wartime. Dismissing potential battle losses and attempting to rationalize a smaller fleet size—which the U.S. Navy appears prepared to do—is a dangerous gamble.

The Obama administration’s decision to revise the navy’s planned 313-ship fleet downward as part of a $487 billion budget-cutting drill, including the early decommissioning of seven Ticonderoga-class cruisers and the delayed procurement of a Virginia-class attack submarine and an LHA amphibious assault ship, reflects a trend in the wrong direction. For the United States’ defense posture in the Asia-Pacific to endure, Congress must be willing to properly resource the needs of a force that is both qualitatively and quantitatively balanced.

If we intend to sustain an American-led, liberal international order in the region, the second thing we must do is commit to a robust diplomatic effort. Maintaining relationships in the region has never been more important. Our allies and partners are situated at critical strategic locations all along “vertical” maritime Asia—from Japan in the north, down through Taiwan, the Philippines, Singapore, and Australia. We must deepen our existing alliances while developing relationships with emerging regional players such as Indonesia, India, Malaysia, and Vietnam.

In Japan, South Korea, Singapore, and now Australia, we maintain a military presence that allows us to build our relationships with these countries while avoiding the tyranny of distance we face when projecting power from our shores. While we should continue to debate the proper balance, or “grammar,” of our forward-deployed military assets, it is critical that we recognize that the logic of an overseas presence remains sound. General Joseph Dunford, Jr., the assistant commandant of the Marine Corps, testified to that logic last year when he noted that “in the event of a crisis or contingency, it would take months to move that force to the Western Pacific and seven consecutive miracles in terms of synchronizing the planes, trains, and automobiles associated with moving that force.” And when asked earlier this month at a hearing what was most important to him, Admiral Robert Willard, the now former commander of the U.S. Pacific Command, did not hesitate in responding that it was his “forward-deployed presence within the Asia-Pacific.” Elected officials, military leaders, and ambassadors from the Asia-Pacific must all work to articulate the value of the United States’ forward-deployed forces to regional security.

In the decades ahead, there will be perhaps no region more important to U.S. interests than the Asia-Pacific. To be prepared, Washington must reject an “instant pudding” mindset that looks only at current problems while failing to adequately plan and resource the demands of a long-term strategy for managing the challenges that China will pose.

Congressman J. Randy Forbes is currently serving his sixth term as a member of the U.S. House of Representatives for the Fourth Congressional District of Virginia. He is Chairman of the House Armed Services Readiness Subcommittee and founder and chairman of the Congressional China Caucus.