"Boeing in China: Inspiration for Flight"

NBR President Roy Kamphausen began with a review of his five Asia-related issues, covering the emerging phenomenon of “vaccine diplomacy” in an era of great power competition, China’s recent “Two Sessions” parliamentary gathering, and the travels of U.S. diplomats across the Asia-Pacific region to meet with Asian counterparts. He also shared a few “teaser topics,” including the recent China-Iran Strategic Cooperation Agreement and Japanese prime minister Yoshihide Suga’s upcoming trip to Washington, D.C.

In the Q&A portion, Roy moderated a discussion with Sherry Carbary, who called in from Shanghai. Topics included the difficulties multinational corporations face in navigating the troubled state of U.S.-China relations and Boeing’s entry into the Chinese market as one of the first foreign corporations. Ms. Carbary also described the challenges the U.S. aerospace giant currently faces, such as the continued grounding of the Boeing 737 MAX and how national security concerns in Washington have impacted its operations in the Chinese mainland. Insightful engagement from the audience ranged from how Boeing’s role as a commercial and defense product supplier impacts its business operations in China to the prospects surrounding a competitive Chinese aerospace counterpart such as COMAC.

The hour-long event was held virtually, with guests calling in from across the world, from Seoul, Tokyo, and Shanghai to Washington D.C. and Seattle. 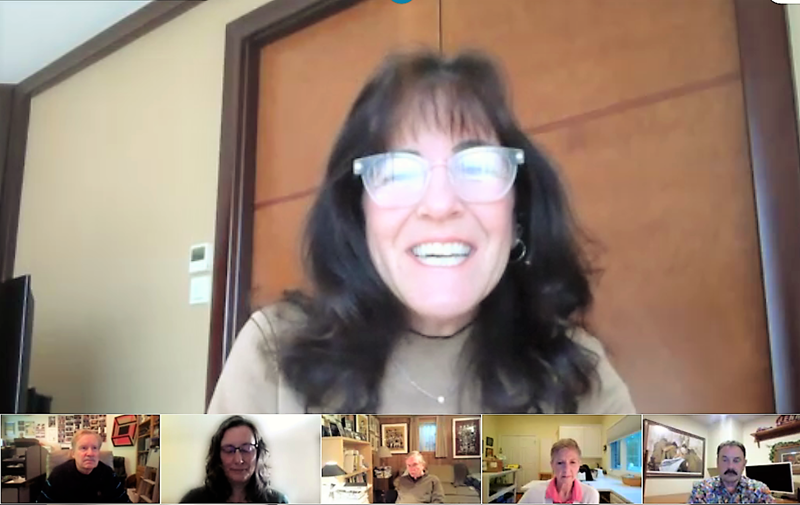