On July 15, 2021, NBR staff, donors, and friends gathered for the eleventh monthly President’s Circle dialogue with David Noble, PhD, associate professor at the University of Connecticut and director of the Peter J. Werth Institute for Entrepreneurship & Innovation.

NBR president Roy Kamphausen began the event with his overview and analysis of the top issues in Asia for the past month. He scrutinized the provisions and implications of the U.S. Innovation and Competition Act recently passed by the U.S. Senate, summits between President Joe Biden, South Korean President Moon Jae-in, and Russian President Vladimir Putin, ambassadorial appointments for critical postings in the Asia-Pacific, and the Chinese Communist Party’s centennial celebration. Roy also shared updates on the frozen ratification process for the EU-China Comprehensive Agreement on Investment and the shuttering of Apple Daily newspaper, yet another manifestation of Beijing’s draconian anti-democracy crackdown in Hong Kong.

In the second half of the event, Professor David Noble began with a comprehensive introduction to the complex world of bitcoin and cryptocurrency. His remarks ranged from the birth of cryptocurrency following the Great Recession of 2008, to the difficulties authoritarian governments face in regulating a decentralized and borderless currency, and to the vital role Asian nations are playing in driving the expansion of bitcoin across global financial markets, such as South Korea and Singapore. An engaging Q&A session saw guests question the future prospects of El Salvador’s decision to designate bitcoin as legal tender, as well as alternative cryptocurrency platforms believed to be more technologically sophisticated and potentially more successful than bitcoin. Professor Noble’s energetic and cheerful contributions left the audience eager to dive deeper into the world of cryptocurrency!

The hour-long event was held virtually, with guests calling in from across the United States and Asia. 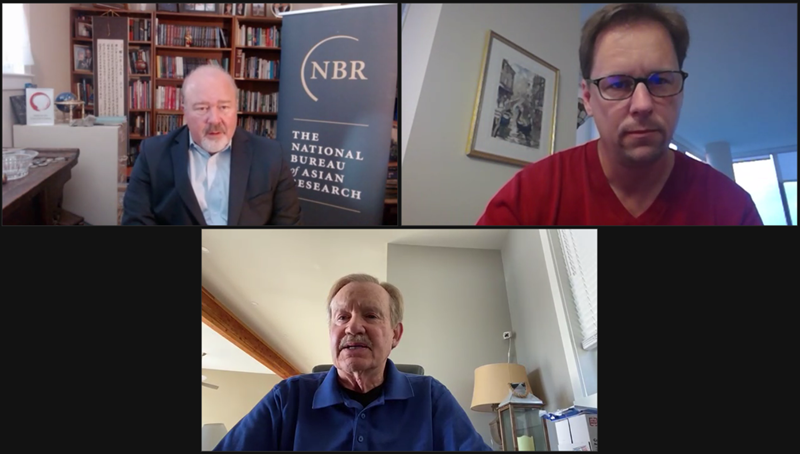