On November 19, 2020, NBR hosted its monthly President’s Circle event led by president Roy Kamphausen. The dialogue featured a candid update on seven important policy issues in Asia for the month of November, including recent U.S. arms sales to Taiwan, the “fifth plenum” of the Chinese Communist Party’s 19th Central Committee, and the signing of a military intelligence-sharing agreement between India and the United States. The special guest for the event was Rebecca Pincus, Assistant Professor in the Strategic and Operational Research Department (SORD) in the Center for Naval Warfare Studies at the U.S. Naval War College. Dr. Pincus helped uncover some of the mysteries of the Arctic, arguably one of the most perplexing yet critical regions of the world today.

The hour-long event was held virtually, with invited guests calling in from different time zones including Seattle, Tokyo, Washington, D.C., and Stockholm. 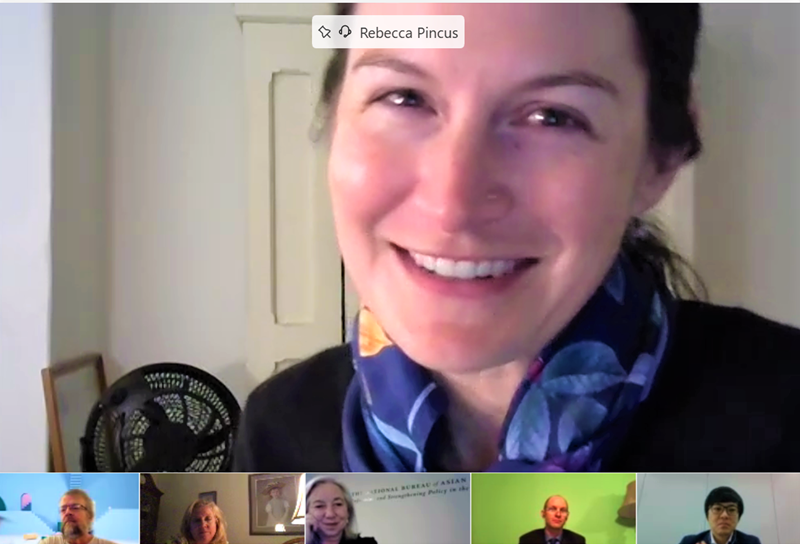 The President’s Circle provides a monthly forum for supporters to engage with U.S. affairs in Asia and advances NBR’s mission of promoting balanced perspectives and research.