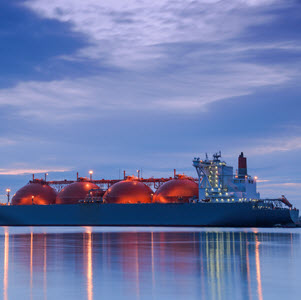 Revolutionizing LNG and Natural Gas in the Indo-Pacific

Revolutionizing LNG and Natural Gas in the Indo-Pacific


On May 29, NBR and the Woodrow Wilson International Center for Scholars co-hosted the fifteenth annual Energy Security Workshop, “Revolutionizing LNG and Natural Gas in the Indo-Pacific,” in Washington, D.C.

Energy is a key priority of the Trump administration’s “free and open Indo-Pacific” strategy. Under the Indo-Pacific Strategy, the Trump administration believes that large-scale U.S. exports of LNG and oil to Asia could help Asia diversify its energy mix, reduce its reliance on imports from the Middle East, strengthen its energy security, and counter China’s growing influence from its Belt and Road Initiative.

Yet while these plans create new opportunities, whether Asia’s developing economies can expand their ability to actually utilize natural gas in line with their stated national goals is a key uncertainty—and potential bottleneck—for further development. Future growth will depend on whether domestic gas markets are structured to make U.S. LNG marketable, affordable, commercially viable, and available beyond niche coastal energy markets. Unless developing Asia’s gas markets are profoundly reformed, they will continue to struggle to absorb the new LNG supplies that will be available.

Consequently, the success of the energy dimensions of the United States’ Free and Open Indo-Pacific Strategy will depend on concerted efforts across a range of developing countries in Asia and on the relative affordability and competitiveness of LNG.

Panel 3: Affordable and Sustainable? LNG in the Context of the Indo-Pacific’s Energy Security Imperatives