← Where the Belt Meets the Road: Security in a Contested South Asia 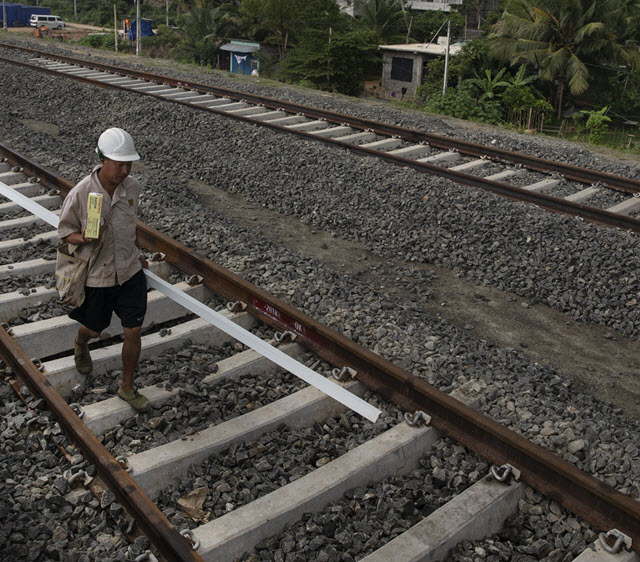 BELIATTA, SRI LANKA – NOVEMBER 18: Chinese workers help to build a new train station in Beliatta in a southern province near Hambantota which is Chinese managed and designed on November 18, 2018 in Beliatta, Sri Lanka. As the political crisis escalates in Sri Lanka, former President Mahinda Rajapaksa”u2019s return to power in late October has been watched with increasing concern by countries including the U.S., China and India. The re-entry of Rajapaksa could and raise the influence from Beijing and alter the power dynamics around the Indian Ocean. During Rajapaksa”u2019s 2005-2015 presidency, Sri Lanka saw an influx of Chinese investment and economic support since he relied heavily on China for economic support, military equipment and political cover. While ousted Prime Minister Ranil Wickremesinghe sought to balance relations with New Delhi and Beijing, Rajapaksa made clear his willingness to accept Chinese money even in the face of unreasonable terms while reports from the Central Bank estimated the debt owed to China could be as much as $5 billion and growing every year. Chinese investments paid for a new port, a new airport and new railway on Sri Lanka”u2019s southern coast, among other projects in Colombo, which forced the government to sell strategic assets to Beijing, such as the Hambantota port, when it wasn’t able to meet liabilities. For China, the relation with Sri Lanka ties back thousands of years when it was a stop along the old Silk Road trade routes, as it is now known to be a critical link for its Belt and Road Initiative, which aims to expand trade across 65 countries from the South Pacific through Asia to Africa and Europe. (Photo by Paula Bronstein/Getty Images)