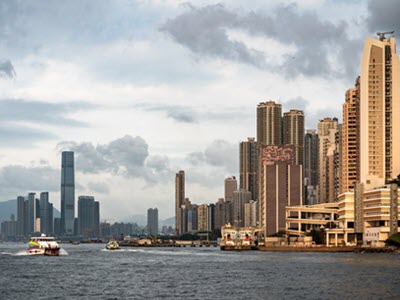 Podcast with Yvonne Chiu and William C. McCahill Jr.
May 4, 2022

William C. McCahill Jr. is a member of NBR’s Board of Advisors. Before joining NBR, he worked in Hong Kong and China as the senior adviser for China at Mirabaud & Cie, and earlier in a similar capacity for Religare Capital Markets. A 25-year Foreign Service career preceded his business activities. He began his diplomatic service in Hong Kong, Taiwan, and Beijing; subsequently held senior posts at U.S. missions in Western Europe, Scandinavia, and Canada; and in 2000 retired from his last posting as Chargé d’affaires at the U.S. Embassy in Beijing.

[1:34] How would you define this election and what does it mean for the people of Hong Kong and its future?

[3:51] On the one hand, the selection of John Lee is intended to send a signal to the business community that Hong Kong will remain a vibrant financial hub; on the other hand, John Lee has been sanctioned by the United States for his role in the crackdown on pro-democracy protests in the last few years. Does that complicate the message that Beijing is trying to send?

[7:10] What do you think this transition to John Lee as chief executive means for the people of Hong Kong and their push for democracy, as well as their push for some of the promises under the handover agreement between the PRC and British government?

[9:29] How does pressure from the Hong Kong government on the judiciary, which seems to be challenging the rule of law in the sense of an independent judiciary system, impact the interests of the business community?

[13:06] Why did we not see Carrie Lam continue into another term as chief executive? Was it due to her failure to introduce the National Security Law and manage the protests?

[14:07] What are the signals that the installation of John Lee in Hong Kong is sending to other political figures within the PRC and CCP?

[18:03] What does this set of developments and increased pressure on the pro-democracy movement in Hong Kong mean for broader efforts of democratization across East Asia?

[22:19] Given the extraterritoriality provisions in the National Security Law and an increasing number of Hong Kong Chinese moving to North America, Europe, and elsewhere across the region, will we see Chinese pressure on those emigrates and the governments of the countries in which they are residing?

[30:55] Looking ahead over the next 5 to 10 years, to what extent will Hong Kong still be an attractive destination for businesses to be located?

[38:16] Beijing’s calculations were to push ahead with the National Security Law to crack down on Hong Kong in the interests of securing its control. What signal does that send China’s partners around the world?