U.S.-China Competition in the Post-Soviet Space

This chapter argues that U.S.-China competition is reshaping international politics in the post-Soviet space as countries in the region look to play China and the U.S. off of each other.

U.S.-China competition has disparate impacts in different  countries  in the post-Soviet space. Russia is using the competition to bolster its own geopolitical competition against the U.S., hoping that China will work with it to degrade U.S. power. Eastern European countries such as Ukraine and Georgia want Chinese investment but realize that a close partnership with the U.S. remains their best hope for security against Russia. Central Asian countries also desire Chinese investment but are wary of the political strings that come attached. They hope that U.S.-China competition will encourage the U.S. to increase its economic and diplomatic engagement in Central Asia while convincing Washington to drop its demands for democratization. Most countries in the region, therefore, view U.S.-China competition as an opportunity to demand more support from both Beijing and Washington. Though countries in the post-Soviet space will argue that they are crucial to the outcome of U.S.-China competition, the region will ultimately remain a sideshow in this rivalry.

Chris Miller is Assistant Professor of International History at the Fletcher School of Law and Diplomacy at Tufts University, where he co-directs the Russia and Eurasia Program. 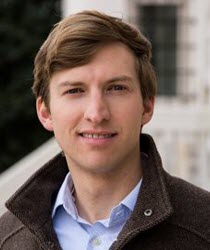