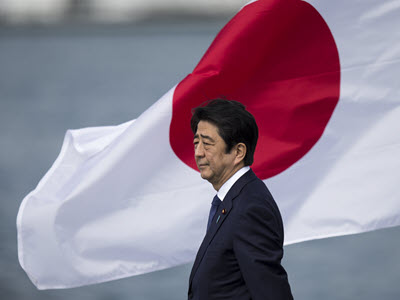 Tributes on the Passing of Former Prime Minister Shinzo Abe

“It is with deep sadness that we mark the passing of former Japanese Prime Minister Shinzo Abe after he was killed by an assassin’s bullet. Our deepest condolences are with his family and the people of Japan he served so well. He was a leader like no other—we deeply mourn his passing.”

Tributes from NBR leadership and experts, some of whom knew and worked with Abe, will be added to this page as they come in.

During his tenure, Prime Minister Abe began a revolution in Japanese foreign policy by centralizing the national defense system, reinterpreting the constitution to make collective defense possible, and adopting an activist role in world affairs. Moreover, he devised a grand strategy for managing China’s rising economic and military power more deliberately and successfully than any other world leader. His wisdom and leadership will be sorely missed.

As Prime Minister, Shinzo Abe was Japan’s most consequential PM in decades. He transcended being Japan’s leader, to being a global leader. He saw the threats to Japan and the free world as they are, not what people wished they would be. And, with his citizens’ security and welfare in mind, he acted boldly and with confidence. Truly, he was the right leader at the right time.

Member of the Board of Directors, NBR
Professor, Doshisha University
Assistant Chief Cabinet Secretary to Prime Minister Shinzo Abe from 2012 to 2019

Japan lost the greatest leader after the Pacific war. He was leading not only Japan but also the world. Asia is becoming larger than the West economically in this century. PM Abe was trying hard to include Asia into the West and to create a truly universal international order. I wish that now he rest in eternal peace.

Member of the Board of Directors, NBR
Chairman, President, and Chief Executive Officer, Kubota Vision Inc.

Very shocked to hear this sad news of the passing of Mr. Abe. I still remember vividly when I checked his eyes when he was a young rising statesman. We need to put maximum effort to create a more peaceful world. My sincere condolences to his family and friends.

Member of the Board of Advisors, NBR
Professor of Japanese Business; Director, Japan Forum for Innovation and Technology, UC San Diego

The world has lost one of the leading early-21st century statesmen. Abe Shinzō’s delicate management of intricate LDP party politics and his ability to move the crafting of policy away from the ministries and into the Cabinet Office allowed him to establish a domestic power base that put Japan on a new trajectory. Under his guidance, not only did Japan’s economy and business system transform, but Japan’s geopolitical and geo-economic standing were redefined and gave Japan new impact and reach.

His leadership was forged by building respect and admiration for his stoicism, his strategic skills and intuition, and his deep concern for the country. Even those who disagreed with him still acknowledged his sincerity and genuine devotion to his country. Personally, he was a likable and sincere man with many trusted friends.

It is unclear whether the former Prime Minister Abe would have run for office again, or whether his plan was to help choreograph the LDP as a “shadow shogun.” Either way, Japan is now facing a vacuum. Hopefully we will soon learn that his time in office has prepared the country for the challenges before it.