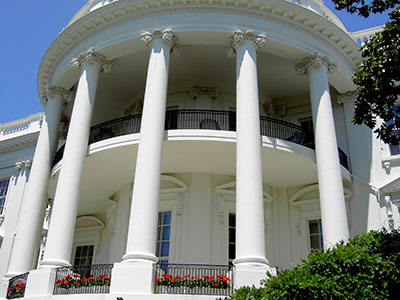 The Upcoming Trump-Modi Summit
The View from Indian Industry

President Donald Trump will welcome Indian prime minister Narendra Modi to the White House on Monday, June 26. The leaders of the world’s two largest democracies will have the opportunity to identify shared interests and expand on the strategic partnership forged by previous U.S. administrations.

In this Q&A, NBR speaks with Chandrajit Banerjee, Director General, Confederation of Indian Industry (CII), to provide a perspective on the upcoming summit. Mr. Banerjee discusses the likely priorities for Prime Minister Modi, offers an assessment of his domestic performance thus far, and provides predictions on the future of India’s growth.

What are Narendra Modi’s top priorities in his first visit to Washington, D.C., during the Trump administration?

This is the very first in-person meeting between Prime Minister Modi and President Trump. The foundation for a warm and cordial relationship has been put in place based on the three phone calls the leaders have had, which included commitments to expand the bilateral partnership in areas like the economy and security. At the same time, Prime Minister Modi will come with the realization that a very different political dispensation holds the reins of power in Washington after eight years of the Obama administration, which heralded the U.S.-India relationship as “the defining partnership of the 21st century.” President Trump has a very ambitious agenda of job creation at all levels through onshoring manufacturing and services. Hence, for both leaders the common theme of jobs will resonate.

Prime Minister Modi will surely want to highlight how the bilateral economic partnership with India is resulting in job-related dividends for Americans. Bilateral trade of over $100 billion in goods and services creates jobs for American workers, while investments by U.S. companies in India have created ancillary jobs in the United States, given the nature of global supply chains. Sales by U.S. defense companies of over $10 billion also keep U.S. defense manufacturing units humming. Prime Minister Modi may want to further highlight the significant contributions of Indian companies to U.S. job growth, which is a story going beyond the H1B visa debate. The Confederation of Indian Industry’s 2015 survey found that 100 Indian companies have created 91,000 jobs in the United States with investments of over $15.3 billion.

In addition, the energy partnership will likely be a topic for discussion now that U.S. shale oil is being shipped to India, making the United States a valuable (and reliable) source of India’s increasing energy imports. Strategic cooperation and counterterrorism will figure prominently in discussions as well, given the shared and growing concern about terrorism.

In sum, the visit provides an opportunity for each country to re-emphasize why it is important to the other and the ways in which cooperation can be expanded and deepened.

Modi has been in office now for three years. What is the assessment of how well he has done vis-à-vis his policy priorities when he entered office?

Since his election in 2014, Prime Minister Modi has embarked on an impressive agenda of innovative economic reforms and social programs that have positively impacted growth. The advances in infrastructure, manufacturing, and social sectors and the governments’ numerous campaigns, including Make in India, Digital India, Smart Cities, and Clean Energy, are geared toward achieving the goal of economic growth within the shortest time frame.

Macroeconomic indicators such as the fiscal deficit, inflation, and the current account deficit are at stable levels. This is no mean feat given the slowdown in the global economy. The biggest reform coming up is the implementation of the goods and services tax (GST), which is likely to be a game changer for India. The GST involved building consensus across 29 states and is expected to be introduced on July 1. Once rolled out, it will turn India into a truly common market for the first time, reducing massive inefficiencies and providing transparency in tax collection and compliance.

Prime Minister Modi had campaigned on the platform of development. Given the complexity of the political landscape in India, his efforts at achieving cohesion on a range of challenging issues such as tax reform are particularly noteworthy.

How does Indian industry view the domestic reforms enacted by the Modi administration and what are the notable achievements?

One key example of the Modi administration’s success is completing all the legislation required by the central and state governments for introduction of the GST as scheduled. This required consensus from all political parties and all states. Reforms like the GST are opening up the country to an unprecedented surge of FDI, opportunities for which continue to increase due to the prime minister’s personal involvement and the government’s economic strategy of focusing on infrastructure and manufacturing.

Other recent reforms focus on the ease of doing business, intellectual property rights, and skill development, all of which are creating opportunities for the private sector across the supply chain. Direct corporate taxes, too, have been reduced for the majority of companies, and achievements such as reformed tax administration and tax dispute resolution have already had a visible impact. FDI liberalization across sectors such as insurance and defense manufacturing have made India one of the most open economies in the world, reflected in the surge in FDI to a peak level in financial year 2016–17. All these measures have helped jump-start the manufacturing sector in particular and fed into the Make in India program.

In the social sector, the streamlining of the delivery of public goods and services through the use of a unique identification system (Aadhaar) for delivery of some subsidies, financial inclusion through a massive new plan (Jan Dhan Yojana), and the promotion of digital payments are helping bring efficacy into the public distribution systems. So far, the subsidy programs have been particularly successful, and the financial inclusion campaign has helped open more than 280 million new bank accounts.

Some in the United States have called for stronger defense ties. What is the Indian perspective on that prospect?

The U.S.-India partnership has been transformed in the past two decades—starting with the visit of President Bill Clinton in 2000, continuing through the administration of President George W. Bush, and solidifying under President Barack Obama. With approximately 3.5 million Indian Americans vocally advocating for the bilateral partnership, stronger ties are only natural. India, as a beacon of democracy and stability in an otherwise unstable neighborhood, remains one of the few partners that is capable of advancing a range of issues that are important to U.S. interests in the region.

On the commercial front, though, the cumbersome procedures of the U.S. government are such that Indian companies are unable to meet the regulations or get the necessary approvals to work with U.S. companies in the defense sector. We need more business-to-business defense collaboration, instead of just government-to-government dialogue. U.S. companies need to be enabled to form defense technology and manufacturing partnerships with India, as the improved business environment is opening up co-development and co-production opportunities currently being leveraged by European and Israeli defense companies. Modifying U.S. law and procedures to facilitate business-to-business collaboration would truly create a win-win-win situation for Indian and U.S. companies, as well as for both governments as they seek to ramp up the security and strategic partnership.

Is the Indian economy poised to raise the growth rate to the next level?

The IMF expects India to achieve an 8% GDP growth rate in the next three years and remain the fastest-growing large economy until 2022. The growth band that we are looking at for 2017–18 is 7.5%–8.0%. These estimates are based on a normal monsoon season, a somewhat improved global economy, and India’s own strong macroeconomic fundamentals.

If we break down the sources of growth, we see significant untapped potential across several key drivers of growth. Let me briefly mention these. The first is the GST, which, as discussed above, is expected to be introduced on July 1. The GST is a single national tax merging multiple taxes.

Second, bringing more women into the workforce could greatly boost growth. Currently, the participation of women in the workforce is low. Greater attention to this issue through various government programs could significantly increase India’s GDP.

The third driver of growth is urbanization. 420 million people live in cities in India, and this figure will increase to 600 million by 2031, if we look at the normal course of population movement. The time has come to actively boost urbanization and make it a faster process. India’s urbanization rate of 33% is much lower than that of countries such as China (56%) and Indonesia (54%). Urbanization would add to construction and incomes. The average household in a metro area earns and saves 2.5 times as much as the average household in an underdeveloped rural area. Plans exist to construct 20 million low-cost homes in cities, which will be a big boost to the economy and create wealth for families.

Fourth, India’s infrastructure plan can add significantly to the GDP. The government has started to develop infrastructure on a large scale. The Indian Railways has a $130 billion investment program for the next four to five years, construction projects for new roads and highways total over $150 billion, and the port-led development program plans to spend almost $200 billion in the next five years.

Chandrajit Banerjee is the Director General of Confederation of Indian Industry (CII).

This interview was conducted by Roy D. Kamphausen, Senior Vice President for Research and Director of NBR’s Washington, D.C. office.