← The United States, Japan, and Taiwan: What Has Russia’s Aggression Changed? 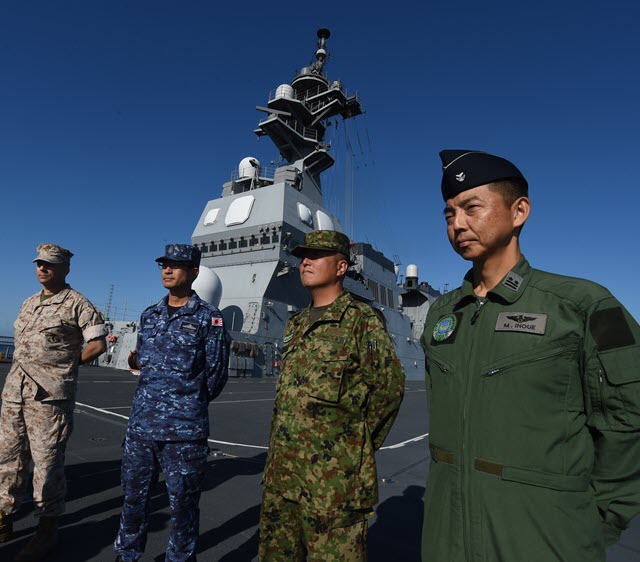 Senior Japanese and US officers onboard the Japan Maritime Self-Defense Force (JMSDF) ship JS Hyuga look on during the Dawn Blitz 2015 exercise off the coast of Southern California on September 3, 2015. Japan’s defense ministry has made its biggest ever budget request, as Tokyo bolsters its military amid lingering territorial rows and worries over China’s expanding naval reach. The ministry wants 5.09 trillion yen (USD 42 billion) for the next fiscal year, with the focus on strengthening protection of a string of southern islands that stretch from Japan’s mainland to waters near Taiwan. AFP PHOTO / MARK RALSTON (Photo credit should read MARK RALSTON/AFP via Getty Images)