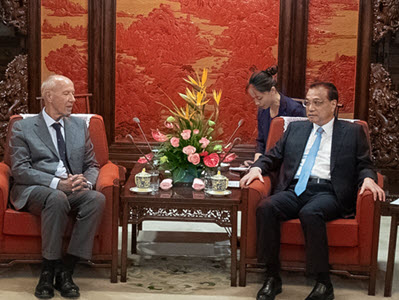 Interview from Center for Innovation, Trade, and Strategy

The State of Trade-Secret Protections in China

Intellectual property (IP) protections are one of the few structural issues covered in the phase-one trade agreement between the United States and China. The combination of new commitments under this agreement and growing domestic pressure to strengthen protections for domestic innovators has led some observers to suggest that China may be moving toward more robust IP protections. Others, however, point out that previous commitments have failed to curb large-scale IP theft. Jonathon Marek interviewed James Pooley, former deputy director general of the World Intellectual Property Organization, regarding developments and trends in China.

What are the key changes in Chinese intellectual property (IP) protections since the phase-one trade agreement? How credible are these commitments compared to previous ones in the absence of an independent judiciary to adjudicate claims?

The Judicial Interpretation from the Supreme People’s Court regarding trade secrets gives good reason to expect at least some modest progress. There are quite a few provisions, but two specifically may be key indicators of whether China is making real progress toward providing safe, effective, and robust mechanisms to enforce trade secrets.

The first of these is shifting the burden of proof (Article 8). Bringing a claim for trade-secret misappropriation can be prohibitively difficult if the court expects the plaintiff to marshal and present sufficient evidence at the outset of the case because China does not have a civil discovery procedure. Therefore, the idea is to set a minimal threshold requirement of initial proof to ensure that the case is reasonably grounded, following which the defendant would have the burden of establishing independent development of the trade-secret information. This notion was not new with the phase-one agreement; it had been introduced as an amendment (with immediate effect) in the 2019 revision of the Anti-Unfair Competition Law. Article 8 of the Judicial Interpretation states that the trade-secret holder first must submit “preliminary evidence” to prove the elements of the claim, and then if the accused infringer claims independent development, “it should provide proof.” The challenge here is to understand what is meant by “preliminary” evidence. In practice, will this come to look like the U.S. threshold of “reasonable suspicion” based on a plausible, but circumstantial, set of allegations? Or will preliminary evidence in effect be subject to the same assessment as at trial? We will not know whether the intent of Article 1.5 of the phase-one agreement, which requires changes in this vein to the burden of proof, has been implemented until there are sufficient examples of actual decisions.

The second key indicator in the Judicial Interpretation is found in Articles 14 and 15, which appear to describe indirect misappropriation. This could be significant because China has in practice only punished misappropriation of a form close to slavish copying. Obviously, improperly gained information can be used to influence the development of a competing product that may look nothing like the original. And there is substantial value in so-called negative trade secrets consisting of experiments through which what does not work, or what works less well, is determined. Although Articles 14 and 15 are not clear (at least in the translation that I read), it is possible that they could be interpreted to allow a court to find that a trade secret has been “used” if it has been “modified” or if “business activities” have been “adjusted” according to the plaintiff’s secret. Again, we will not know whether this portion of the Judicial Interpretation will be followed in that way unless and until we have enough examples of published case reports.

What is the likelihood that China ever makes it fully down the path toward protecting foreign IP? Will there always be significant risks to foreign firms as a result of the Chinese political and economic model?

There can be no doubt that China has been moving toward a more robust IP-protection regime for several decades. This has been in part an assumed obligation of membership in the World Trade Organization (WTO) and in part a classical reaction to the need to construct a framework to provide sustained incentives for domestic innovation. But China’s path, unlike that taken by, for example, Japan, Taiwan, and South Korea, has been strictly controlled by its Communist government, which has tilted the economic playing field to favor Chinese companies.

Therefore, in a sense the very significant and rapid progress made by China since the 1980s in constructing a world-class IP system is a bit like wax fruit: it looks good, but can you eat it? China’s current system, which in practice favors domestic players, must evolve to apply fairly to all litigants, in accord with the principle of national treatment. Moreover, China will move fully down the path toward protecting foreign IP only when its judicial system is sufficiently transparent that one can be confident of even-handed application of the rule of law. Although some within the Chinese judicial system are pushing for such reforms, I do not expect this kind of change will happen in the foreseeable future.

What future policy reforms or other developments would indicate that China will increasingly take trade-secret protection seriously? To what extent might these reforms be influenced by international pressure?

I believe that we need to see fulsome implementation by China of leading reforms, such as reversing the burden of proof and finding misappropriation based on indirect use rather than copying. That sort of demonstration naturally requires more transparency, and in particular the regular publication of judicial opinions. In my view, although there is some internal pressure on China to move in that direction (largely from professors who would like to have access to the reported data to inform their research), domestic forces will never be enough to effect meaningful change. This is simply because the government does not see a compelling reason to give up the inherent advantages of opacity.

Therefore, I believe that change will only come from external influence. As a multilateralist, I hope that such influence is exerted by countries operating through institutional frameworks such as the WTO, but of course there is room for unilateral action by the United States or the European Union, each of which can apply pressure relative to the size of its market.

If China does not fully implement the changes it has promised, or the pace of progress slows due to heightened tensions, what unilateral or multilateral policy measures would be most effective in getting things back on track?

The answer to this question depends very much on what one understands as getting things back on track. It is probably unrealistic to expect that China, without a fundamental change in government, will ever change its court system in a way that would allow us to be fully confident about the implementation of the most important reforms. If by being on track we mean being diplomatically engaged in active discussions about these issues, then I would say that direct economic pressure—perhaps not as drastic as some of the tariffs that have been levied by the United States, but of the same nature—is the most effective means for keeping China at the negotiating table and talking productively. Progress may be measured in inches, but if the parties are engaged, then it is a way of being “on track.”

What is the role of the World Intellectual Property Organization (WIPO) in trade-secret protection, especially with respect to China?

Having spent five years at WIPO, much of it engaged in attempting to facilitate negotiations to improve international IP systems, I am of the view that the organization is highly unlikely to play a meaningful role in securing improvements in China’s trade-secret-protection regime. In large part, this is because the concerns we have with China are about enforcement of the laws, not so much about their content. And enforcement in general is a forbidden subject at WIPO because it is largely perceived to invade the sovereignty of the member states’ judicial systems. This issue is both too diplomatically sensitive and arguably outside WIPO’s mandate. Additionally, there is the problem that trade secrecy in general is largely misunderstood in the international diplomatic community. Among many countries, any discussion of trade secrecy often focuses exclusively on Article 39(3) of the Trade-Related Aspects of Intellectual Property Rights (TRIPS) Agreement. Many believe that this article, which requires protection of pharmaceutical test data, was an unfortunate giveaway to the drug industry. More broadly, the notion of secrecy simply seems inconsistent with the general idea of transparency and so has a sinister connotation.

This debate suggests that WIPO’s primary contribution to protecting trade secrets in China could be to provide a forum to facilitate better understanding of the role of robust protection in enabling technology transfer. This issue itself is a subject of broad interest, particularly among developing countries. If there were a more sophisticated view of the role that secrecy plays in accelerating innovation, it might over time provide very helpful context for a continuing examination of the shortcomings of China’s trade-secret regime.

Given the rather decisive defeat of the Chinese-backed candidate for director general earlier this year, how will China work to influence WIPO in the years to come?

One can conclude from China’s promotion of its own candidate for director general at WIPO, following several successful campaigns for the lead spot at other UN agencies, that China has shifted rather dramatically from a lead-from-behind approach of exercising its influence to a much more aggressive posture that looks like a broad grab for power at the United Nations. This is occurring at a time when the United States has retreated somewhat from its traditional multilateral engagement, which has significant implications for the structures and mandates of multilateral institutions. Notwithstanding its failure in the WIPO elections, I have no doubt that China will continue to assert leadership, at least behind the scenes, where it exerts very powerful influence over a number of other developing countries. On this point, it is important to keep in mind that stopping something from happening at WIPO takes very little political power (as is probably true at most other UN agencies). In general, I would expect China to continue to assert itself at WIPO in ways that will help the country maintain control over the speed and substance of domestic IP reforms. If the United States wishes to understand how that will play out in the coming years, not to mention have any influence over the process, it must engage vigorously in the organization.

James Pooley is a globally renowned expert on trade secrets. He is the author of Trade Secrets, the leading reference for lawyers on the subject, as well as Secrets: Managing Information Assets in the Age of Cyberespionage. From December 2009 to November 2014, he served as Deputy Director General of the World Intellectual Property Organization.

This interview was conducted by Jonathon Marek, a project assistant with NBR’s Center for Innovation, Trade, and Strategy.