← The Rough State of Japan–South Korea Relations: Friction and Disputes in the Maritime Domain 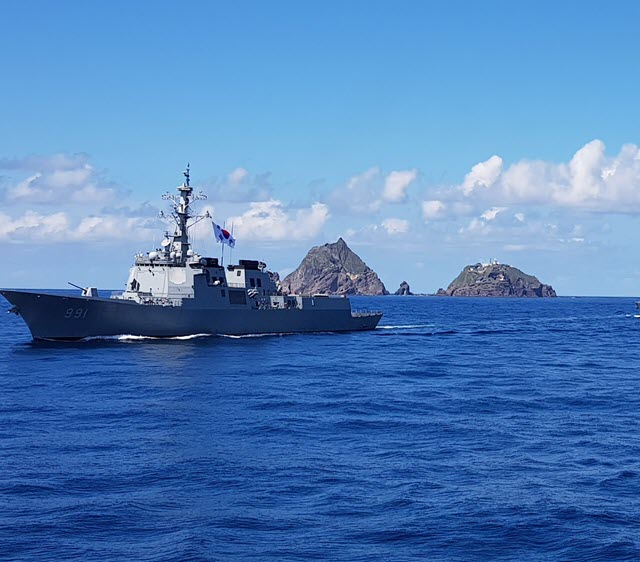 EAST SEA, SOUTH KOREA – AUGUST 25: In this photo provided by South Korean Navy, South Korean Navy’s Aegis destroyer, King Sejong the Great, sails during the drill on the islets called Dokdo in Korean and Takeshima in Japanese on August 25, 2019 in Easr Sea, South Korea. The South Korean armed forces launched a two-day military exercise to defend the easternmost islets of Dokdo on Sunday amid growing tensions over trade and their shared history, in a show of its staunch defense stance against Japan’s repeated claims to sovereignty over the cluster of rocks in the East Sea. (Photo by South Korea Navy via Getty Images)

Bookmark the permalink.
The Rough State of Japan–South Korea Relations: Friction and Disputes in the Maritime Domain
This site uses cookies. Please read our Privacy Policy to learn how and why we use cookies.