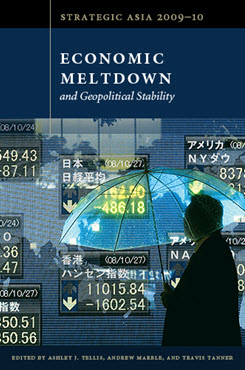 The global financial meltdown, which has led to the most serious worldwide recession since the 1930s, has its origin in excesses in the U.S. housing and mortgage markets. Millions of mortgage loans were made to home buyers who proved incapable of meeting their debt obligations. These mortgages had been pooled into securities that were later bundled into collateralized debt obligations and then sold to an international clientele of banks, insurance companies, hedge funds, and other investment institutions. Many of these buyers inappropriately relied on credit ratings based on flawed methodologies. Official financial regulatory institutions were largely passive onlookers and did not take preventive steps to protect the financial system. After the housing bubble collapsed, a more generalized process of deleveraging led to the failure or near-failure of a number of large financial institutions. For over two years, policy actions—first to counteract the seizing up of liquidity and later to deal with the threatened insolvencies—have struggled to keep pace with the escalating crisis.

The financial regulatory framework committed to by the leaders of the G-20 will need to meet three challenges: