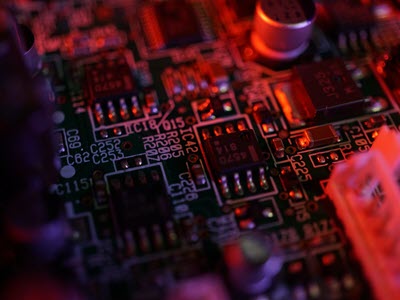 The Role of Taiwan in the U.S. Semiconductor Supply Chain Strategy

This commentary by Emily Weinstein is part of the roundtable “The Role of Allies in the U.S. Strategy for Semiconductor Supply Chains.”

In October 2022, the Department of Commerce’s Bureau of Industry and Security announced a series of new and significant export controls aimed at limiting the ability of the People’s Republic of China (PRC) to develop and produce advanced node semiconductors, semiconductor production equipment, advanced computing items, and supercomputers. As National Security Advisor Jake Sullivan declared in September, the United States must abandon its previous “sliding scale” approach to export controls—particularly on certain key technologies like semiconductors—and move to maintain as large a lead as possible over competitors like the PRC. With these controls, the Biden administration not only ushered in a new phase of its technological competition strategy with China, but also expanded its definition of national security to include large swaths of the Chinese economy—even if the broader Chinese economy was not officially the target.

Among the notable aspects of this developing strategy, the United States chose to impose these semiconductor export controls unilaterally and, in some cases, extraterritorially. This is potentially one of the riskiest aspects of the new control regime, as unilateral export controls are almost universally recognized as effective only in the short term and may yield unintended consequences the longer they remain without multilateral support. In the context of the globalized semiconductor industry, it will be critical for the United States to convince key allies—namely, Japan, Taiwan, the Netherlands, and South Korea—to accept the new controls. Failure to do so could lead to adverse effects on the U.S. semiconductor industry and undermine the United States’ supply chain strategy for semiconductors.

Taiwanese companies exist across almost all key aspects of the semiconductor design, fabrication, manufacturing, and assembly, testing, and packaging (ATP) processes. TSMC is especially significant, as it occupies more than 50% of the world’s logic foundry market share, in addition to its even larger share in leading-edge logic foundries. Beyond TSMC, however, Taiwanese firms play a crucial role in different parts of the supply chain. In ATP processes, for example, ASE occupies more than 50% of the market for outsourced semiconductor assembly and testing.

Unsurprisingly, semiconductor industry veterans have expressed mild concern over the export controls. At the Taiwan Semiconductor Industry Association’s annual meeting in mid-October, Etron Technology chair Nicky Lu estimated that the chip industry will require a period of adjustment in order to orient itself to these new controls. Every aspect of the chip industry—especially in Taiwan, the United States, Japan, and South Korea—will feel the effects. Even a few weeks prior to the announcement of the controls on October 7, Powerchip Semiconductor chair Frank Huang argued that Taiwanese chip companies might need a year to seek alternative solutions if the United States did decide to curb chip exports to China.

As part of the October package of export controls, the United States has already granted allied firms in Taiwan (and South Korea) one-year waivers to continue production at China-based facilities. For example, TSMC has been authorized to import tools into its foundry in Nanjing—notably, the only foreign fabrication plant in China that produces 28- and 16-nanometer chips. However, one-year authorizations impose further bureaucratic burdens and increase uncertainty, both of which can have adverse effects on a company’s bottom line and, by extension, its competitiveness. To address these concerns, the U.S. government should consider expanding these one-year waivers to three to five years. The time range could vary depending on a case-by-case review of the technologies in question and the robustness of a company’s due-diligence regime, among other factors.

To most effectively compete with China, the United States’ strongest tool is its network of allies. In emerging and foundational technologies, the United States cannot take on China on its own. In semiconductors, in particular, the United States and its allies specialize in different segments of the chip supply chain. As such, the Biden administration should continue to work closely with allies like Taiwan to encourage them to adopt complementary controls within their own domestic jurisdictions. These controls do not have to mimic those from October; rather, they should work in tandem with the new rules to ensure the widest possible coverage.

In addition to encouraging plurilateral and multilateral controls, Congress could consider mandating the creation of a new office at the Department of Commerce tasked with monitoring the economic effects—both intended and unintended—of export controls. This effort could mirror that of the Department of Treasury in setting up a Sanctions Analysis Unit responsible for studying the unintended consequences of sanctions. An office like this could monitor any potential supply chain disruptions that come about in relation to U.S. export control policy where we have historically only been able to see problems with hindsight. As export controls are being deployed more frequently to deal with issues relating to commercially available, dual-use technologies, it will be critical to monitor the ongoing economic impact of these controls to ensure that the companies that produce them in the United States and allied countries can remain commercially competitive.

Emily Weinstein is a Research Fellow at Georgetown University’s Center for Security and Emerging Technology and a Nonresident Fellow at the National Bureau of Asian Research.