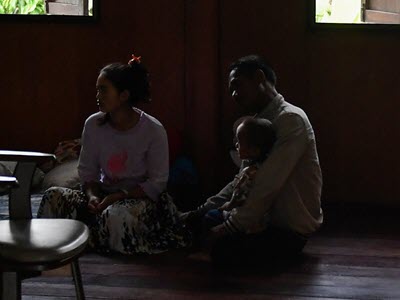 The Resettlement of Vietnamese and Montagnard Refugees Residing in Thailand

Nearly 50 years after the fall of Saigon, thousands of refugees who escaped from Vietnam are residing in Thailand. Grace Bui discusses the six different Vietnamese and Montagnard refugee groups and considers options for resettling these populations.

After the fall of South Vietnam in April 1975 and the withdrawal of U.S. troops from the country, the world saw one of the largest mass migrations of asylum seekers in modern history. Now 47 years later, there are still thousands of refugees who escaped from Vietnam due to persecution based on religion, political activism, and ethnicity. This commentary will discuss the groups of Vietnamese and Montagnard residing in Thailand and consider options for resettling these populations.

There are six different groups of Vietnamese and Montagnard asylum seekers and refugees in Thailand, totaling approximately 1,700 people: “boat people,” former prisoners of conscience and activists at risk, the Montagnards, the Hmong, and the Khmer Krom.

Boat people. After the fall of Saigon in 1975, almost 2 million Vietnamese fled the country by boat and risked their lives in order to seek freedom from the Vietnamese Communist regime.[1] More than 500,000 people died or disappeared. About 1.6 million boat people were resettled to third-party countries between 1975 and 1997. However, people who arrived after all the refugee camps were closed down were not so lucky, with many of them being returned to Vietnam, both voluntarily and by force. Some refugees decided to escape the camps to avoid forced repatriation back to Vietnam, and due to this reason, they were not recognized as refugees by the United Nations High Commissioner for Refugees (UNHCR).

Many of these stateless Vietnamese have been living illegally in Thailand for over 30 years. In 2016 an NGO called the Vietnamese Overseas Initiative for Conscience Empowerment (VOICE) started a resettlement program with the Canadian government and has successfully brought 108 boat people to Canada. VOICE is currently the only organization that is working to resettle the refugees in Canada. At the moment, the program is limited to “private sponsorship,” which only allows for a minimal number of Vietnamese refugee admissions per year (five to ten families).

Former prisoners of conscience and activists at risk. According to the 88 Project database of persecuted activists, as of September 2022, there are 204 activists currently in prison in Vietnam.[2] This list includes lawyers, religious leaders, reporters, and Facebook users. The government of Vietnam has justified its ongoing crackdown by invoking vaguely worded clauses of the 2015 Criminal Code that criminalize activities deemed to threaten national security, such as “undermining the national unity policy” (Article 116), “conducting propaganda against the state” (Article 117), “disrupting security” (Article 118), “causing public disorder” (Article 318), and “abusing democratic freedoms to infringe upon the interests of the state” (Article 331). According to the International Federation for Human Rights, the “vaguely worded provisions make no distinction between violent crimes and the peaceful and legitimate exercise of the right to freedom of opinion and expression.”[3]

The application of such restrictive norms by the government of Vietnam has resulted in a very high number of human rights defenders and activists being arrested and currently serving lengthy prison terms. Even if the prisoners of conscience and activists are released from prison, they are not truly free. There is a joke used to congratulate the prisoners of conscience upon their release: “Congratulations on leaving a small prison to go to a big prison.” Former prisoners of conscience are under constant surveillance, and many have been harassed and abused. Moreover, they are banned from traveling out of the country or even from one city to another. Life, as a result, is difficult for many of them, especially for the well-known activists.

Vietnam is a one-party state, where the Communist Party of Vietnam has complete control over the government apparatus, social organizations, and the media. It is one of the worst countries with regard to its human rights record, with no freedom in association or expression. In recent years, the government has used a range of tactics against activists, including physical assaults, evictions, death threats against family members, and passport withholding, to make their lives more difficult and deter them from engaging in activism. Many are at risk of further persecution and repressive measures by the government. Due to this restrictive life and to avoid further harassment or future arrests, many activists have escaped to Thailand seeking asylum.

Montagnards. The Montagnards are the indigenous people of Vietnam who live in the Central Highlands (Gia Lai and Dak Lak Provinces.) The Montagnards, whose name is derived from the French word for “people of the mountain” and who are also known in Vietnamese as Nguoi Thuong, are ethnically distinct from lowland, urban Vietnamese (known as Nguoi Kinh). The Montagnards are made up of dozens of tribes, each with its own dialect and customs, but the two largest tribes are Jarai and Ede.

During the Vietnam war, the Montagnards were best known for fighting alongside the Green Berets and had a reputation for being excellent warriors. After the U.S. forces departed Vietnam in 1975, these Montagnards were left behind with a target on their backs. When the North Vietnamese Communists took over South Vietnam, those who had survived the war continued to die under the Vietnam Communist regime. Thousands of Montagnards were either executed or sent to “re-education” prisons, where many died.[4]

More recently Montagnards have been imprisoned for organizing house church services, and many of them have been tortured repeatedly until they either renounce their religion or become so physically broken that they are then returned to their village to die. It is very difficult to communicate with the Montagnards due to the tight security of the Vietnamese government. Many people have tried in secret to communicate with them and been arrested, with some being sentenced for as many as twenty years. Many of these persecuted Montagnards have escaped to Thailand seeking asylum, but life there is still extremely difficult for them.

Hmong. The Hmong are another indigenous group in Vietnam and live in the North Highlands (Sa Pa and Lao Cai Provinces). They are facing the same problems as the Montagnards. Many of them are Christians and are being persecuted by the Vietnamese government due to their religion.

Khmer Krom. The Khmer Krom are an ethnic minority group living mostly in southern Vietnam along the Mekong River bordering Cambodia. Many of them are also being persecuted by the Vietnamese government for their culture and religion.

SCOPE OF THE PROBLEM

Conditions in Thailand for these groups, while better than in Vietnam, still come with a lot of hardships. These refugees and asylum seekers are living illegally in Thailand, where they have no access to any support. Healthcare and financial assistance are not provided by the Thai government, and there is not a system in place to assist them with finding work. Many of the asylum seekers and refugees are forced to work illegally to earn a living for their families. There have been problems with employers taking advantage of them by paying very low wages or sometimes not even paying them at all. However, the asylum seekers and refugees cannot complain or report their employers to the authorities because of their illegal status.

Although many of the Vietnamese and Montagnard asylum seekers have passed their UNHCR interviews and been recognized as refugees, they still cannot leave Thailand until a third country accepts them. There are also a number of refugees in the immigration detention center who cannot be released until they can be resettled in a third country.

Additionally, the Thai government has signed an agreement with Vietnam stating that it will return all “criminals,” per the request of the Vietnamese government. Vietnamese authorities often look for activists in Thailand, and in January 2019 there was a notorious kidnapping of a Vietnamese blogger.[5]

Moreover, according to a new law signed in June 2020, the Thai government will oversee the refugees instead of the UNHCR.[6] The law has not yet gone into effect because of the ongoing Covid-19 pandemic, but if this happens, many of the refugees will possibly be returned to Vietnam and face further persecution, prison time, and torture. Thailand is not a signatory to the 1951 Refugee Convention, which states that “refugees should not be returned, or refouled, back to a country where he or she fears persecution.”

The approximate 1,700 refugees and asylum seekers in Thailand are in various stages of the UNHCR process: (1) awaiting resettlement after already being granted refugee status by the UNHCR, (2) awaiting the results of their refugee interviews, or (3) waiting for their interview appointments to be scheduled. Those individuals who have been granted refugee status by the UNHCR are still stuck in Thailand until a third country accepts them for resettlement.

The United States has a long-standing tradition of responding to humanitarian crises around the world. In 1975 the country opened its door to welcome Vietnamese refugees, but nearly 50 years after the fall of Saigon, the crisis is ongoing. The following options are available to help resettle those refugees remaining in Thailand:

Given the perilous status of Vietnamese and Montagnard refugees in Thailand, timely action is needed to resettle the remaining refugees and close this chapter in the long-standing refugee crisis.

Grace Bui has been an independent human rights activist for Vietnam since 2010 and an advocate for the Vietnamese refugees in Thailand since 2014. As part of her work, she has monitored human rights violations of the Vietnamese government and reported them to the Office of the United Nations High Commissioner for Human Rights and other international human rights organizations. She was born in Vietnam but grew up in Washington, D.C.

[1] Dave Roos, “How the End of the Vietnam War Led to a Refugee Crisis,” History.com, September 1, 2021, https://www.history.com/news/vietnam-war-refugees.

[5] “Vietnamese Blogger Who Was Abducted in Thailand Sentenced to 10 Years in Prison,” Committee to Protect Journalists, March 9, 2020, https://cpj.org/2020/03/vietnamese-blogger-who-was-abducted-in-thailand-se.