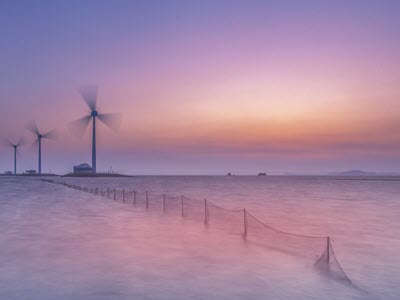 The Renewable Energy Dream and Reality for Bangladesh

Emadul Islam examines Bangladesh’s current energy profile and explores where renewable energy could fit in the future of the country’s energy growth and how international partners can help achieve these renewable energy goals.

The current global energy crisis has reinforced the need to shift toward renewable and sustainable energy to reduce the climate impacts of fossil energy sources. Furthermore, states are limiting the extraction and consumption of natural resources, including fossil fuels, placing additional pressure on the need for renewable and sustainable sources. This is particularly important for the power sector.

Approximately 25% of global greenhouse gas emissions are attributed to the electricity industry, and growth trajectories continue to increase. Countries in Asia and the Pacific have made considerable headway in connecting their people to power. The area has three-quarters of the 570 million people who acquired access to electricity between 2011 and 2017, although an estimated 350 million people did not gain access.[1] Around two billion people in Asia and the Pacific rely on biomass, coal, and kerosene for cooking and warmth.

The transition is already underway—renewables accounted for more than 70% of new global power capacity additions in 2019—but this process must be expedited to ensure success. Bangladesh, in particular, must accelerate the speed of its transition to sustainable energy by at least fourfold over the next decade if it is to reach the country’s Paris Agreement targets.

In support of global efforts, Bangladesh made remarkable progress by introducing the Climate Change Trust Fund in 2009 to foster climate change adaptation. Prime Minister Sheikh Hasina is called the world’s climate champion for her ongoing support to ensure that Bangladesh is an active participant in international climate dialogues and efforts to bring attention to the challenges of developing and vulnerable economies. Despite contributing less than 1% of global carbon emissions, Bangladesh is one of the most climate-vulnerable countries. The country has shown a continuous commitment to achieving the Sustainable Development Goals set forth in the Paris Agreement. To this end, it canceled ten coal-based power facilities worth $12 billion in foreign investment. In terms of its transition to renewable energy, Bangladesh has set a target of generating 40% of its energy from renewable sources by 2041, and its draft national solar energy action plan proposes around 41 gigawatts of solar generation in the same time frame.[2]

This commentary examines Bangladesh’s current energy profile and explores where renewable energy could fit in the future of the country’s energy growth and how international partners can help achieve these renewable energy goals.

Bangladesh is among the top six global economies based on GDP growth, according to 2019 World Bank data.[3] Its GDP has expanded by 188% since 2009, and per-capita income has topped $2,554.[4] It is estimated that by 2030, Bangladesh will be the world’s 26th-largest economy. The country’s rise to one of the top global economies is fascinating, but also expensive because with growth comes a number of costs for an increased standard of living.

An additional consideration for the expansion of the power sector is that Bangladesh has the fifth-largest number of internet users in the Asia-Pacific. More than 120 enterprises export information and communications technology products worth approximately $1 billion to 35 countries as part of the transformation into a “digital Bangladesh.”[5] In the energy sector, Bangladesh relies heavily on natural gas in the domain of electricity production.

Additionally, as the country aims to meet energy and power demand, it is looking to an “all of the above” approach for new projects. These include coal, gas, liquified natural gas (LNG), and nuclear, which will increase the share of nonrenewables in the energy mix. There are currently two coal-fired power plants in operation, with a combined installed capacity of 1,845 megawatts (MW), and seven others are under construction, with a total capacity of 6,830 MW. A 1,200 MW nuclear power plant is under construction and expected to go online by 2025, and a second is under consideration. Additionally, eight small-scale gas and LNG plants, with a total capacity of 1,609 MW, are currently under construction, and five large-scale natural gas plants, with a total capacity of 8,750 MW, are in the planning phase. With all these new projects in the works, Bangladesh is on track to have around 40,000 MW installed capacity by 2030, according to the Bangladesh Power Division. As a result, it is highly important for Bangladesh to shift toward green energy.

Bangladesh’s current energy consumption from clean sources, including off-grid ones, is only 3.5%. This is in stark contrast to other global economies. Renewables were estimated to account for 22.4% of all electricity generated in Japan in 2021, and in many European countries in 2021 the annual share of electricity generated from renewables exceeded 40%.

Although Bangladesh has taken various steps to boost the share of renewable energy, most have been unsuccessful. To achieve its target, the government recently rolled out projects that include a 500 MW solar farm, a 1 MW biomass plant running on municipal solid waste, and four wind farms. At this rate, the absolute amount of clean energy in Bangladesh is set to increase, but its share of the national energy mix will not. That is because the country is simultaneously embarking on several large-scale nonrenewable power projects, as outlined in the previous section.

“Utilizing the ocean for power generation is a particularly promising approach, given that Bangladesh is strategically located in South Asia at the center of the Bay of Bengal.”

For the country to achieve its dream of renewable energy contributing 40% to the national grid, the ability to harvest renewable energy from the Bay of Bengal is crucial. Many technologies including bottom-fixed offshore wind represent the largest part of the renewable energy production from the ocean in 2020, while the International Energy Agency estimates that offshore wind could generate 18 times the world’s current electricity demand. In addition, technologies to extract energy from waves and tides are also progressing. Utilizing the ocean for power generation is a particularly promising approach, given that Bangladesh is strategically located in South Asia at the center of the Bay of Bengal. Similarly, following decisions in 2012 and 2014 by the International Tribunal for the Law of the Sea that resolved maritime boundary disputes, Bangladesh now exercises jurisdiction over the use of ocean resources in an area estimated to cover 121,110 square kilometers—equivalent to more than 80% of the country’s total land area. The resolution of maritime boundaries within the Bay of Bengal has allowed Bangladesh to begin to define its ocean economy, including harvesting offshore wind and potentially investing in research on energy from offshore wind, waves, and tides.

However, many ocean-focused technologies remain nascent. Tomonari Akamatsu, the director of the Division of Ocean Policy Research in the Ocean Policy Research Institute (OPRI) at the Sasakawa Peace Foundation, says that “to transition to ocean-based renewable energy for power generation, a nation must first identify its resources, decide its energy strategy, borrow already available technology, and then locate investors to integrate the renewable energy into the power system.”[6]

According to Atsushi Watanabe, a senior research fellow at OPRI, preliminary research is necessary to determine whether the wind in the Bay of Bengal is strong enough for wind turbines, whether bottom-fix offshore wind technology is required in many shallow areas, and what the concerns of fishing associations are.[7] The bottom-fix offshore wind technology performs effectively in the northern region of Japan, where there is abundant winter wind. However, there remain a number of obstacles to overcome in the near term before Bangladesh can adopt this approach. First, the lack of breeze during the summer is a major issue, given that the country must store power in the winter. Another challenge is the requirement to collaborate with the fishing association. Third, if power is being generated from the far distant shoreline, a costly long-line distribution system is required. The Bay of Bengal near Bangladesh most likely features a number of shallow regions.

For Bangladesh to attain its dream to reach a renewable energy transition of 40% by 2041, a huge investment is needed to set up energy infrastructure. In support of its efforts, two major development partners—the United States Agency for International Development (USAID) and the United Kingdom Foreign Commonwealth Development Organization (FCDO)—declared their plans to support the Bangladesh government’s energy transition for the next five years by enabling the deployment of advanced energy systems. For example, the Bangladesh Advancing Development and Growth through Energy (BADGE) project is a $17.2 million five-year technical assistance project launched by USAID in June 2021 that will improve energy security and resilience in Bangladesh. Similarly, the FCDO, under the Bangladesh Climate Change and Environment Programme, allocated a total of 120 million pounds from January 2022 to March 2027, including 47 million pounds to conduct feasibility studies for renewable resources that allow commercial scale-up and integration of solar mini grids to the national grid, as well as testing and potential scale-up of other renewable energy sources and integration into the national grid.

“Additionally, enhanced cooperation between Bangladesh and Japan has notable potential. Both countries rely on coal and oil from Australia and the Middle East and have significant coastlines from which to draw ocean-based energy.”

Additionally, enhanced cooperation between Bangladesh and Japan has notable potential. Both countries rely on coal and oil from Australia and the Middle East and have significant coastlines from which to draw ocean-based energy. Opportunities include capacity building, technical transfers, pilot programs and other educational opportunities, and land survey support.

The power sector presents some of the most significant opportunities for value creation. The success of Bangladesh’s renewable energy transition is dependent on local and foreign direct investments in the energy sector. For example, it is not possible to get to wind turbines very quickly or many critical materials needed to rapidly scale up renewable and cleaner energy sources in Bangladesh. Working with regional partners to identify ways to diversify supply chains or increase reuse and recycling of clean energy components can help address this challenge. Although the current energy crisis could be solved in the short term by using traditional energy sources, Bangladesh needs to collaborate with other countries to create the technology required to become energy secure on its own. Building up people’s skills in the field of renewable energy technology is critical for helping the energy sector become more self-sufficient.

Emadul Islam is a Research Fellow in the Ocean Policy Research Institute at the Sasakawa Peace Foundation, Japan.