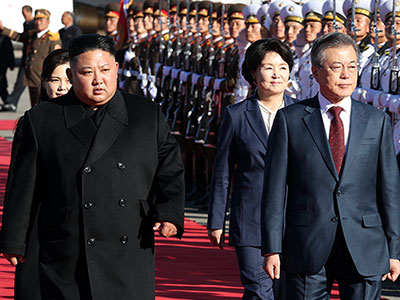 The Pyongyang Declaration
Implications for U.S.-ROK Coordination on North Korea

This time there appears to be a different dynamic at play in which North Korea attempts to use South Korea as a bridge to improve relations with the United States, while also using South Korea as a shield against the most strident U.S. demands.

The third summit between Moon Jae-in and Kim Jong-un, held in Pyongyang on September 18–20, resulted in the signing of two declarations designed to build on the foundations laid by the April 27 Panmunjom Declaration. The first declaration broadly addresses tension reduction, inter-Korean cooperation, and denuclearization. The second focuses more narrowly on tangible steps to be taken in the military arena to reduce tension and build confidence between the two Koreas.

Both declarations mark a deepening of momentum toward inter-Korean reconciliation and peaceful coexistence, with “complete denuclearization” as a byproduct of autonomous Korean efforts to establish this basis for peace, co-prosperity, and eventual unification. The declarations envisage changes that will produce new challenges and require management of potential gaps in the alliance between the United States and the Republic of Korea (ROK).

The primary structural driver for change in inter-Korean relations that will affect the U.S.-ROK security alliance revolves around, in the words of President Moon, the effort to “eliminate all risks that could lead to war from all parts of the Korean Peninsula.” The inter-Korean military agreement is designed to achieve that task by ceasing “hostile acts against each other in every domain,” including land, air, and sea. Both sides agree to cease military activities aimed at each other in areas adjacent to the Military Demarcation Line between the two sides, to turn the Demilitarized Zone into a peace zone, to implement measures to prevent accidental military clashes, and to establish an inter-Korean joint military committee to oversee implementation of these agreements.

The inter-Korean military agreement develops concepts and practices originally envisaged in the 1992 inter-Korean Agreement on Reconciliation, Non-aggression, Exchanges, and Cooperation (known as the Basic Agreement) that were never implemented. Now, North Korea has finally demonstrated a willingness to adopt inter-Korean confidence- and security-building measures for the first time. This is a necessary first step to establish conditions of peace on the Korean Peninsula, and, as a practical matter, these measures are essential prerequisites for the end-of-war declaration identified as a mutual goal in the Panmunjom Declaration.

It is hard to imagine that the ROK Ministry of National Defense would make such an agreement without engaging in close consultations with U.S. Forces Korea (USFK). In fact, USFK Commander Vincent Brooks, in his July 21, 2018, Aspen Security Forum discussion on the challenges facing the Korean Peninsula, referred to USFK as an “enabler of dialogue” and stated that in response to possible changes in direction in North Korea, “in many ways, the lack of trust is the real enemy we have to defeat.” Brooks acknowledged that “there has to be some risk taking in order to build trust, and that’s really where we are right now.”

The implementation of the inter-Korean military agreement will likely necessitate adjustments in the ways in which the United States and South Korea operate to achieve the defense of South Korea. The agreement will generate pressure to reduce the profile and scale of joint U.S.-ROK military exercises on the peninsula. A more relaxed threat environment from North Korea would enable an easing of USFK’s military posture but would not reduce the readiness requirement or the watchfulness necessary to ensure transparency and verify the North’s adherence to the measures in the inter-Korean agreement. The inter-Korean agreement may also increase opposition within South Korea to the amount of funding that the ROK agrees to provide in support of the U.S. troop presence, potentially undermining current U.S.-ROK negotiations on the Special Measures Agreement at a time when both sides need to strengthen bilateral cooperation.

The second source of tension that may emerge between Washington and Seoul following the Pyongyang Declaration revolves around the balance between the application of sanctions as a means by which to pressure North Korea into denuclearization and the potential relaxation of sanctions and promotion of inter-Korean economic cooperation as an incentive by which to lure North Korea into denuclearization. The Pyongyang Declaration leans forward on inter-Korean cooperation projects, such as the reconnection of railways, resumption of economic cooperation projects at the Kaesong Industrial Complex, and creation of a permanent venue to support the reunion of divided families at Mount Kumgang. The United States, however, will be wary of the premature relaxation of economic sanctions in the absence of tangible progress by North Korea on denuclearization. South Korea cannot assume that an inter-Korean process by its nature justifies a waiver of UN Security Council sanctions on North Korea in the absence of North Korea’s tangible commitments to denuclearization. If mismanaged, these tensions could become a serious source of contention between the United States and South Korea that North Korea will exploit to its advantage.

A third critical area of potential difference between the United States and South Korea arising from the Pyongyang Declaration will revolve around the question of whether North Korea has truly made the strategic decision to denuclearize. The Pyongyang Declaration states that “the Korean Peninsula must be turned into a land of peace free from nuclear weapons and nuclear threats” and formally acknowledges denuclearization as an issue for inter-Korean discussion for the first time, rather than treating it exclusively as an issue for discussion with the United States. But North Korea’s agreement to international inspections of the dismantling of the Dongchang-ri missile engine test site and launch platform and the permanent dismantlement of the Yongbyon nuclear test site goes only partway toward meeting the U.S. demand for North Korea’s complete denuclearization and eventual inspection and removal of nuclear and missile facilities.

The debate over how much denuclearization is enough and on what timeline it should proceed is one that the United States and South Korea should jointly have with North Korea, not with each other. The traditional pattern of triangular interaction among the United States, South Korea, and North Korea has involved North Korean efforts to play one ally against the other by warming to one while spurning the other. But this time there appears to be a different dynamic at play in which North Korea attempts to use South Korea as a bridge to improve relations with the United States, while also using South Korea as a shield against the most strident U.S. demands. This dynamic is one in which collective U.S.-ROK efforts to achieve denuclearization—backed by the promise of sanctions relaxation and the lure of co-prosperity—might achieve more than an approach based strictly on coercion. But that will only be the case if the United States and South Korea are able to stick together and maintain a united front, while ensuring that Kim Jong-un understands that the benefits of economic integration and co-prosperity are truly attainable if, and only if, he moves toward denuclearization.

Scott Snyder is Senior Fellow for Korea Studies at the Council on Foreign Relations and author of South Korea at the Crossroads: Autonomy and Alliance in an Era of Rival Powers (2018). 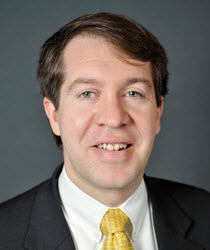 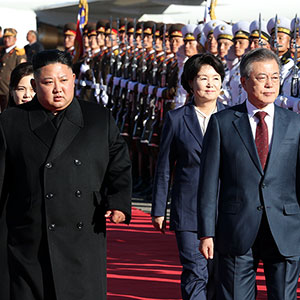