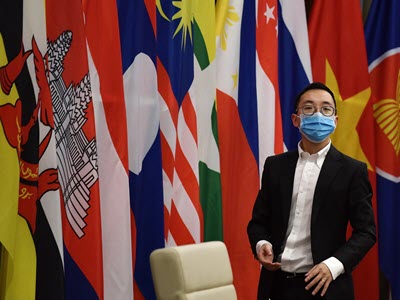 The Political and Economic Impact of Covid-19 in Southeast Asia

As the global death toll from the Covid-19 pandemic now exceeds 400,000, the number of fatalities in Southeast Asia has been lower than in other regions, such as Europe and North America. Despite high rates of poverty and weak healthcare systems, many Southeast Asian countries have recorded few deaths from the virus. Shreeya Agarwal interviewed Thomas Pepinsky (Cornell University) about the region’s varied responses to the pandemic and the political and economic impact.

What impact has the Covid-19 pandemic had in Southeast Asia? How have regional countries responded differently?

The Covid-19 pandemic has had profound effects on Southeast Asian countries. Like much of the rest of the world, Southeast Asian governments have mobilized public and private resources to control community spread. Voluntary social distancing measures have been introduced, as well as more aggressive lockdowns and quarantines. International travel has fallen precipitously. All of this has taken place in a region that generally suffers from inadequate social services and incomplete welfare coverage, meaning that even more so than in the advanced industrial economies, governments have been forced to reckon directly with the socioeconomic implications of the pandemic response.

But as the question suggests, governments have responded differently. Each country has faced trade-offs between the immediate need to manage the pandemic and the socioeconomic costs of doing so. They navigate those trade-offs—given their social, demographic, and geographic realities—with the state institutions and government resources available to them.

One major difference has been the speed of response, ranging from Vietnam’s prompt action to monitor and contain the pandemic to Indonesia’s long refusal even to acknowledge the presence of Covid-19 cases among the population. Another major difference has been aggressiveness of the response. Some countries have implemented full or partial lockdowns (such as the Philippines lockdown of Manila, and Malaysia’s Movement Control Order), while others have opted for less strict measures. Indonesia’s government notably refused to impose a lockdown in Jakarta, and targeted partial lockdowns in Myanmar have been driven by local civil society as much as by the national government.

Which nations’ responses have been successful so far? Is there anything the rest of the world could learn about best practices for managing the crisis?

Two countries in particular have garnered attention for their handling of Covid-19: Vietnam and Singapore. Much has been made about Vietnam’s active and effective response, with policies to mandate social distancing and restrict movement and aggressive efforts to quarantine those who have tested positive. And although it is a single-party state, Vietnam has been much more transparent in its handling of the pandemic than single-party China was, especially in the early days of the outbreak.

Singapore has also fared reasonably well during the pandemic by any objective standard, although the local narrative and the numbers paint a less rosy picture. Singapore’s temporary worker population has been particularly hard hit by Covid-19, but the government—like in Vietnam—has been aggressive in implementing measures to contain community spread.

What these two countries share is a capacious state apparatus and a single ruling party that can act decisively and facilitate cooperation across levels of government, from the local to the national. Many countries, however, would be wary of emulating these political models, fearing single-party rule and few opportunities for collective dissent.

But another key lesson that other countries can draw from Vietnam and Singapore is the importance of transparency and policy coordination during a pandemic. Officials must know that faithfully reporting outbreaks will not endanger their political careers, and that taking swift—if costly—action to contain these outbreaks is an option. Such transparency inspires public confidence, which is also essential for ordinary citizens to participate in the measures necessary to combat public health threats of this form.

Countries such as the Philippines, Thailand, and Cambodia have used the pandemic as an opportunity to crack down on political opponents and critics. What impact do you see the pandemic having on domestic governance across the region?

Covid-19 presents a challenge for domestic governance. Lockdowns, social distancing, and quarantines are unpopular. But even if they are necessary to combat the spread of coronavirus, such measures also afford governments with new tools to clamp down on mass mobilization and political opposition. By restricting the public sphere in the name of public health, they also make it easier for governments to advance unpopular policies or take illiberal actions without public scrutiny. This is how governments find themselves able to crack down on their opponents, as in the Philippines, which has used Covid-19 as an opportunity to press further in its war against the New People’s Army.

It is a mistake, however, to focus too much on the independent or novel effects of Covid-19 itself on domestic governance. It is better to think about the pandemic as interacting with preexisting governance trends within the region. Long before Covid-19 arrived on the scene, country experts had been warning about dangerous anti-opposition moves in places like Cambodia and Thailand, as well as the many anti-democratic excesses of the Duterte administration. Covid-19 sheds greater light on these processes but has not fundamentally changed what are in reality medium-term trends in politics and governance.

Governments in some nations have extended restrictions on the media and censorship of journalists. What impact has the pandemic had on civil liberties and human rights across the region?

As I described above with reference to domestic governance, Covid-19 has interacted with preexisting trends in civil liberties and human rights in the region, which had been trending negative in every country (except, briefly, in Malaysia) since the mid-2000s. The pandemic has once again shed greater light on these threats to civil liberties and human rights through aggressive efforts to censor the media using so-called anti-fake news laws. Examples include Singapore’s Protection from Online Falsehoods and Manipulation Act and related provisions in countries like Indonesia. The pandemic has also led to emergency declarations by governments in the Philippines and Cambodia that grant the executive the ability to prosecute individuals alleged to have shared false information or whose actions might upset social and political stability.

Once again, however, these are mostly not new laws in response to Covid-19 but rather new applications of laws that had been passed previously. The emergency declarations are different, but have been issued by leaders—Rodrigo Duterte, Hun Sen, and Prayuth Chan-ocha—whose dismal records on human rights and civil liberties have long been plain to see. Covid-19 reveals to us the fragile conditions of human rights and civil liberties across the region. It also highlights in countries like Indonesia and Singapore how existing regulations on speech, criticism, and “fake news” may be used to combat emergent public health threats.

How do you foresee the pandemic shaping Southeast Asia’s economic future? How might it shift trade relationships with the United States and China, as well as with other countries and regions?

I do not expect that the Covid-19 pandemic will fundamentally alter the region’s economic future. It has been and will remain the case that Southeast Asian countries are mostly engaged with the global economy and rely on trade and investment within and outside the region to drive their economic development.

Two key players in these global economic relations—China and the United States—have faced substantial challenges associated with the pandemic, and economic contractions in each have temporary spillover effects into the region. Likewise, certain important sectors like tourism are acutely vulnerable, owing to a lower number of international travelers. But when we emerge from the other side of the pandemic, the basic challenges of global economic integration in the context of superpower competition will remain the same. I do not see much evidence of a retreat into protectionism or a sharp rise in economic nationalism accompanying Covid-19.

In my view, the biggest unknown here is the medium-term growth forecast for the United States. If the United States rebounds quickly, like China has so far, then we can expect a relatively quick return to the pre-Covid-19 status quo. But if the pandemic ends up hobbling the U.S. economy—and there are worrying signs of this—then the balance of power in Southeast Asia could shift toward China, giving new importance to the region’s long-standing economic engagement with Japan and creating new space for deepening the decades-old economic ties with South Korea and Taiwan. This might represent a more fundamental transformation of the regional economic architecture in which Southeast Asia remains open to trade but other Northeast Asian powers finally supplant the United States as the alternatives to China.

Thomas Pepinsky is a Professor in the Department of Government at Cornell University and a Nonresident Senior Fellow at the Brookings Institution.

This interview was conducted by Shreeya Agarwal, an Editorial Assistant at NBR.