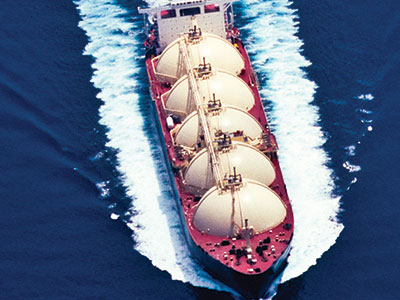 The Outlook for Asia's LNG Markets

Asia’s gas markets have undergone a transformative few years. Gas consumption has grown faster in this region than anywhere else in the world, and developing economies are playing an increasingly significant role in global demand and regional gas markets. In NBR’s 2016 Energy Security Report, “Asia’s Energy Security amid Global Market Change,” Leslie Palti-Guzman (Rapidan Energy Group) contributed an essay that analyzed the prospects for liquefied natural gas (LNG) in Asia, arguing that a combination of favorable conditions would lead to a golden age of LNG. In this Q&A, NBR follows up with Ms. Palti-Guzman for updates on key issues raised in her essay.

In NBR’s 2016 Energy Security Report, you examined the competitiveness of LNG. How do Asia’s LNG markets look today? Has the “golden age” of LNG arrived for the region?

Asia continues to be the motor of growth in LNG demand, but recently we have seen a reshuffling in the region of the markets that matter. Historically, it was the traditional LNG importers (Japan, South Korea, and Taiwan) that drove demand growth, but those markets are not building new infrastructure. Although they will remain major players in the medium term, their demand is at best slightly growing and in some cases is even stagnating or declining.

Non-OECD Asia has become the driver of new growth as China, India, Pakistan, and Thailand graduate from “niche” LNG markets to significant players. According to projections by the Rapidan Energy Group, these four emerging markets will account for more than 50% of growth in imports by 2022, with China already having surpassed South Korea as the second-largest buyer in 2017. [1]

Part of this emphasis on natural gas and LNG in Asia is driven by efforts to reduce air pollution in large cities. Governments are pushing for policies to replace high-emission energy sources such as coal with natural gas for heating, cooking, power generation, industry, and transportation.

In China, for example, the government closed coal-fired power plants in Beijing, and the city now runs mostly on gas-fired power plants. Throughout the industrial north, the government has allocated money, subsidies, and investment for residential areas to use only gas. This strategy will require greater connectivity and new pipelines to avoid further gas shortages, but China is taking actions that have produced tangible results because of the 13th Five-Year Plan’s commitment to reduce air pollution.

In other countries, transitioning to a gas-based economy is taking more time. However, policies are being implemented on the ground to favor gas and LNG at the expense of dirtier fuels, especially as a way to reduce urban air pollution. One cannot underestimate the effects of pollution on these cities. It is evolving from a health issue into an economic issue, as severe levels of air pollution could slow down tourism and impel qualified and productive workers (and their families) to move out of large, polluted cities.

You noted that the use of gas has been steadily rising in China. What impact has Chinese demand had on LNG markets over the past year?

China is definitely one of the most influential LNG markets because of its impact on demand, supply, investment, and prices. By the end of 2017, it became clear that the Chinese government has prioritized reducing air pollution and is less price-sensitive. It is increasingly willing to pay a “health premium” in order to meet this policy goal, especially during peak winter demand. However, if LNG prices were to remain above $8 per million British thermal units for a sustained period (one to two years) rather than just seasonally, I would expect demand to fall in China as well as in other emerging Asian economies.

Despite winter gas shortages, Beijing will not reverse its policy of switching from coal to gas, and Chinese demand will continue to grow. What’s going on right now is that the consensus view has been upended by China’s response to winter demand. Keep in mind that all those new liquefaction plants coming online in Australia and the United States were built with China in mind. When Chinese LNG demand decelerated in 2015, there was a great deal of anxiety in the market that China was not the large, solid market that people had thought. That is why these players went to South Asia and other markets to try to open new doors. But 2015 was just a bump in what is otherwise an upward trajectory of rising Chinese demand.

What is the outlook for LNG markets in South Asia? Bangladesh, in particular, has been pushing to increase its use of gas and imports of LNG. What progress has it made toward achieving these goals?

South and Southeast Asia are no longer niche markets. They are very interesting markets to watch, and if you look at the five-year outlook, several will be among the top-ten LNG buyers.

Infrastructure financing remains a key hurdle for opening up new markets in South Asia. Bangladesh has a regasification terminal under construction that will become operational in the second quarter of 2018. The country has a list of four additional proposed terminals in the works, but the appropriate financing will be needed for those to materialize. Less-creditworthy LNG buyers, including Bangladesh, will increasingly rely on public-private financing from institutions like the International Finance Corporation, or even financing from suppliers that are desperate to open new markets and are willing to invest in new infrastructure.

What is interesting about emerging LNG importers in South Asia is their proximity to India and Pakistan, which are becoming increasingly more gas- and LNG-based economies. Because of this, we will see much more regional trade. Other Asian players (Japan, for instance) are investing a great deal in South Asia because they want the ability to relocate their supply if they become overcommitted and South Asia is the best place for this. Even within the region, India is looking at Sri Lanka, for instance, for opportunities to reposition some of its supply. Pakistan could be interested in finding similar opportunities in Bangladesh. Overall, we are likely to see more regional synergies and greater intraregional trade.

How will South Korea’s proposal to phase out nuclear energy affect its LNG demand, and what will be the impact on regional gas markets?

The consensus at one point was that South Korean LNG imports were in decline. [2] But two things happened. First, South Korean leaders realized that, given affordable LNG prices, it would be worthwhile to first remove coal or other dirtier fuels from the energy mix before gas and LNG. Second, the Moon Jae-in government’s policies (notably, its proposed plan to phase out nuclear energy) are likely to be more favorable to LNG.

During the past few years, South Korea essentially ceased investing abroad in new liquefaction plants and trying to lock in contracts. Moving forward, the country will not necessarily go back to investing large amounts, but it will continue to look for opportunities. In particular, South Korea will think seriously about equity participation in new projects in the United States. There is potential for new South Korean investments in U.S. LNG export plants or at least in new long-term contracts.

With regard to LNG pricing in Asia, do you foresee the concept of an Asian hub-based pricing system becoming a reality?

The concept of the Asian hub is slowly being realized. Market conditions are helping because the market is becoming more liquid. Buyers are no longer willing to enter into long-term contracts and are purchasing more natural gas on the spot market. Suppliers also have too much supply and are looking for a place to trade surplus cargo. This means that there is a mutual desire between buyers and sellers for a marketplace to meet and exchange.

However, the proposed hubs—namely, Singapore and Japan—do not yet have enough transactions. A hub requires two things to function effectively: (1) an actual, physical location where buyers and sellers can meet and generate enough liquidity, and (2) an associated reference price to be used on paper to help offer derivatives and futures so that players can hedge their future transactions. With this new reference price, buyers and sellers can trade spot LNG, base long-term contracts, and hedge.

Asia is not yet able to meet both conditions. However, Singapore is one of the most advanced options because it already publishes a reference price—the SLING—which has some derivatives. The problem is that traders are like a herd: they wait for a first mover, and then they will follow. Moreover, the first mover needs to be a big supplier, buyer, or trader that is making more than just one symbolic transaction. It needs to demonstrate confidence in this new reference price. So far, a mover has not emerged, but I think one will eventually because there is momentum for an Asian hub—even more so if oil prices continue to rise.

What are the challenges to constructing the infrastructure needed to support growing LNG demand throughout Asia? How are countries handling these challenges?

First-time importers typically need financing to build both the regasification and pipeline infrastructure to bring gas to consumers. The LNG-to-power model reflects an interesting trend emerging in South Asia, as well as Africa, the Caribbean, and Central America. On this model, smaller infrastructure—mostly floating storage and regasification units—is directly connected to a power plant. This is ideal for markets that are not large enough to have their own onshore regasification terminals or are too small to import a huge quantity of LNG. This integrated solution is helpful because smaller countries do not need to build a long-distance pipeline when the end customer is a power plant that sits near the offshore regasification terminal. Different players are now looking into these solutions. The LNG-to-power model is already extremely popular in South Asia and will be a growing trend in the rest of Asia as long as these emerging economies can overcome the financing hurdle.

Leslie Palti-Guzman is Director of Global Gas for the Rapidan Energy Group.