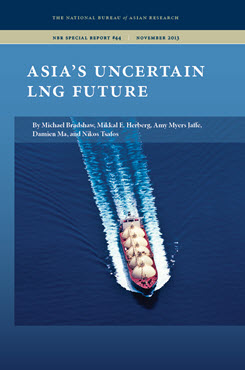 The New Geography of Asian LNG

Asia’s LNG market is being transformed by the growth in the number of buyers and sellers as well as by a wider reach that will link Asian buyers to suppliers in Australia, North America, and East Africa. The diversification of supply sources will boost Asia’s energy security but will also create new linkages requiring careful political management. Much of Asia’s new supply will come from Australia, the U.S., and Canada. In the recipient countries, foreign investment from Asian companies could create a backlash at the local and national levels; in the importing countries, dependence on the West could easily trigger insecurity and calls for openness and a level playing field. Thus, despite the undeniable energy-security benefit that will come from greater diversification, political oversight and management will be essential to sustain this system and contain the geopolitical fallout that such large-scale trade relationships often entail.