The Migration of Labor between Taiwan and Southeast Asia: Changing Policies

Taiwan has been subject to the changing global circumstances and geopolitics in the Far East at different stages of its development. In the past three decades, it has experienced many salient transitions, including in the political, economic, social, and cultural dimensions. One crucial outcome is that since 1990 Taiwan’s economy has been increasingly hampered by rising shortages of domestic labor and declining wage levels. Parallel to the country’s political liberalization, other significant trends have been economic globalization, as well as the country’s development toward a pluralistic society and the formation of a dualistic domestic labor market.

These developments eventually led to a dramatic change in policy—the reopening of Taiwan’s domestic labor market to the international labor market. Serving as a milestone of the country’s reopening to the world system, this policy change made international migration, particularly the immigration of low-skilled foreign laborers from the Association of Southeast Asian Nations (ASEAN) countries, grow in importance.[1] Another noteworthy outcome associated with the aforementioned transitions is the declining rate of population growth since the early 1990s. Because increasing the population size through a higher birth rate requires decades, changes in international migration policy, including immigration, are the only way to expand the population base in a short period. Not only must the demand for manpower be taken into consideration, but international migration policy also considers the role of immigration in affecting population growth.

The Legacy of Migration Dynamics

Migration has both created and responded to developments within Taiwan, demographically as well as socioeconomically. Located off the southeast coast of China and between Japan and the Philippines, Taiwan has been subject to the influence of changing global circumstances. Much like the United States, the island has a long tradition of immigration that has fueled its development. From the seventeenth century to the 1940s, the development of Taiwan was largely shaped both directly and indirectly by the colonial Dutch government and the empires of China and Japan. Though Taiwan was mostly closed off from the rest of the world socially and economically while under Japanese jurisdiction from 1895 to 1945, the country has experienced a new surge of immigration from Southeast Asian countries since the early 1990s.

With the re-emergence of international migration as an important factor influencing the political, socioeconomic, employment, and cultural landscape of Taiwan, the country’s traditional emphasis on emigration policy—e.g., policies to prevent brain drain—has shifted to immigration policy. Its new priorities are attracting immigrants with high human capital and combatting illegal low-skilled immigration.[2]

The Impact of Foreign Labor on the Domestic Market before 2010

Taiwan officially opened up its domestic labor market to low-skilled immigrants in 1992. By 2010, the number of low-skilled foreign laborers in Taiwan had risen to around 350,000. Because immigrant workers from Southeast Asia are plentiful and contribute to various developments in Taiwan, they are too important to be ignored and have triggered the Tsai Ing-wen government’s New Southbound Policy. In terms of nationality, these immigrants mostly arrived from Indonesia, the Philippines, and Thailand before 2000. Since 2001, however, Vietnam has become a new source of immigrant workers.[3] In 2000, for example, 23.8% of immigrant workers came from Indonesia, 30.1% from the Philippines, and 43.7% from Thailand, whereas only 2.4% came from Vietnam. In 2011, the corresponding share was 41.2% for Indonesia, 19.5% for the Philippines, 16.9% for Thailand, and 22.5% for Vietnam.

It is worth stressing the history of confrontation between blue collar labor in Taiwan and foreign labor from countries in ASEAN before 2010. A drastic change of internal migration patterns within Taiwan in the 1990s facilitated the influx of immigrants from Southeast Asia. Mainly because of regional economic restructuring and economic globalization in the late 1980s and early 1990s, Taiwan experienced a transition from a long-standing net transfer of native labor into both the northern and southern regions of the island to a unidirectional net transfer into northern metropolitan areas.[4]

Given that these areas served as the main destination for both internal migrants and foreign laborers, it was not surprising to see anti-immigration sentiments from native blue collar workers. Research suggests that the immigration of low-skilled foreign laborers had a dramatic impact on employment levels in Taiwan’s domestic labor market.[5] Yet the observed “flight” of native workers from areas with a high concentration of immigrants was not mainly triggered by immigration; instead, it was primarily the result of the impact of immigration on in-migration, which outweighed the corresponding negative impact in terms of the out-migration of native labor.[6]

Despite anti-immigration sentiments among blue collar workers before 2005, foreign laborers from Southeast Asian countries continue to grow in number, rising from approximately 300,000 in 2001 to 660,000 in 2017. The main countries of origin are Indonesia, the Philippines, Thailand, and Vietnam. In terms of specific sectors, a substantial decline of foreign laborers from Thailand (61,000) has been observed in the industrial sector, while there have been salient increases of laborers from Vietnam (175,000) and the Philippines (115,000), mainly in the fishing and traditional manufacturing industries. Foreign contract labor in the service sector is largely dominated by workers from Indonesia (189,000), who are mostly employed as domestic servants and nurses, but a significant number of workers also come from the Philippines (31,000) and Vietnam (27,000).[7] Finally, it is worth highlighting that the volume of foreign laborers in the fishing industry has grown from only 3,000 in 2001 to 12,000 in 2017. If overseas employment by Taiwanese fishing companies is taken into account, the total number of foreign workers increases to about 25,000.[8]

Factors contributing to the continuing growth of foreign labor from Southeast Asian countries are complex. One important factor that has long been overlooked is the effect of the decree of the Labor Contract Law in China in 2008. Because this law increases production costs in China substantially, Taiwan’s investment of capital and human resource has partly been redirected to Southeast Asian countries. One outcome of this trend is growing linkages between Taiwan and Southeast Asia in terms of the flow of both capital and human resources.[9]

In terms of immigration policy, the government seeks to change regulations to encourage immigration of talent into Taiwan. In response to the island’s declining population base, it may consider offering permanent residency to low-skilled contract foreign workers who have stayed in Taiwan for a long time (e.g., at least fifteen years). Granting permanent residency would not only promote integration but also intensify various ties with Southeast Asia. In terms of emigration policy, the government seeks to discourage out-migration of youth by removing barriers to social mobility and improving working conditions.

The new immigration policy is controversial. One of the main issues of debate is whether Taiwan should offer permanent residency and citizenship to senior low-skilled foreign contract workers from Southeast Asian countries. In addition to traditional employment issues, the debate encompasses social, cultural, and human rights issues. Given that Taiwan is now more socially and culturally pluralistic, ordinary people generally have become tolerant of those who were not acceptable two decades ago, like the LGBT movement. Thus, the ordinary citizen would likely accept policies offering permanent residency and citizenship to senior low-skilled foreign workers. The government has changed many regulations on foreign labor to improve working conditions and emphasize human rights—for example, by allowing foreign laborers to enroll in the national health insurance and national pension systems.

Factors accounting for the aforementioned changes, as well as possible future changes, are as follows:

The main reason that has triggered the Taiwan government to consider changing its international migration policy is declining population growth. The country’s rate of population growth began declining in the early 1990s. It is now projected that Taiwan’s total population size will start declining in a few years, and that this trend will accelerate over the next two decades. [11] Factors accounting for population decline in the near future are as follows: (1) low fertility rates, (2) growing emigration of the native-born population, and (3) stagnation in the immigration population. Because it would take decades to reverse these trends by increasing the birth rate, changes in international migration policy, including immigration, are needed in the short term. Serving as the most important source of foreign labor, immigration from Southeast Asian countries should thus be a priority of Taiwan’s international migration and foreign investment policies.

[6] Lin, “Are Native ‘Flights’ from Immigration ‘Port of Entry’ Pushed by Immigrants?” 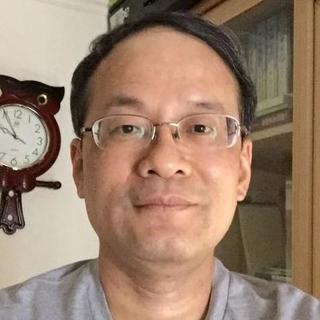