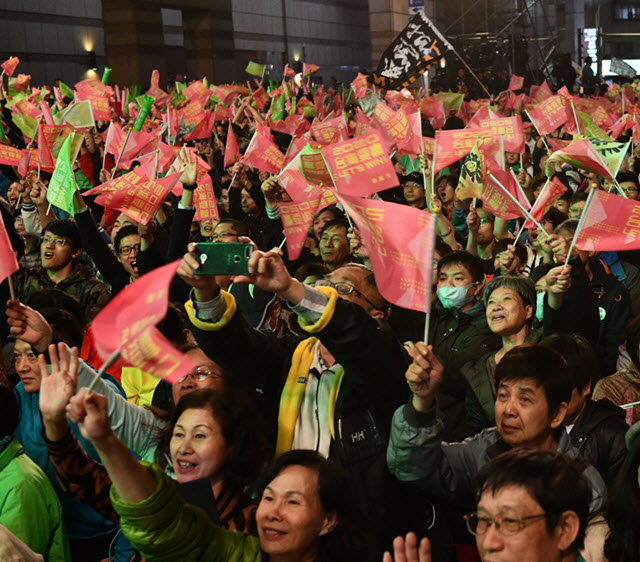 Supporters of Tsai Ing-Wen of the Democratic Progressive Party wave flags and banners during a rally as the results as result of the presidential elections are announced on January 11, 2020 in Taipei, Taiwan. Tsai Ing-Wen of the Democratic Progressive Party (DPP) has been re-elected as Taiwans president as voters displayed their disapproval of Beijing by opting for a leader who had campaigned on defending their country from China. (Photo by Carl Court/Getty Images)