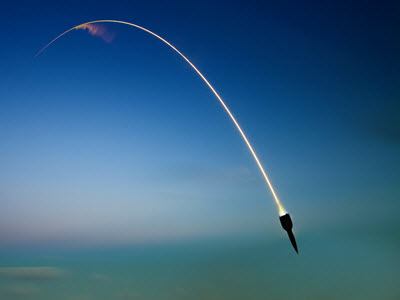 Mark Tokola (Korea Economic Institute) examines U.S. and North Korean objectives for the February 27–28 summit and what happened in Hanoi before analyzing where the process might go from here and offering policy recommendations for the U.S. side.

Summitry should be seen as only a point on a foreign policy line, a glimpse into a process rather than a culmination. It is not much help to policymakers for commentators to predict what will happen at a summit meeting or, as soon as it is over, to judge whether it succeeded or failed as if it were a singular event. We should get off the elevator and stop seeing high-level diplomatic engagements as “up” or “down” events.

One of the problems with the top-down process in which President Donald Trump and Chairman Kim Jong-un have been engaged is that summits assume the characteristics of working-level meetings. It is commonplace for working-level negotiations to take pauses. But at the summit level, pauses look like failures.

After the Hanoi Summit on February 27–28, the key question is what it revealed about the direction of U.S.-North Korean relations. What are the United States and North Korea trying to achieve in regard to one another? After Hanoi, are they closer to reaching their objectives? Is there enough overlap to make a mutually agreeable outcome possible? It may be months or even years before we have definitive answers to those questions. This brief examines the two sides’ objectives and what happened in Hanoi before analyzing where the process might go from here and offering policy recommendations for the U.S. side.

The U.S. objectives are clearer than those of North Korea. The United States’ declared goal is that North Korea should abandon nuclear weapons, completely and verifiably. Sometimes this is put in a way that includes other weapons of mass destruction, such as chemical and biological weapons. The point is to prevent a North Korean WMD attack—or the threat of one as a means of coercion—against the United States and its allies. A secondary set of U.S. considerations is to prevent proliferation from North Korea and to discourage other countries from copying its weapons development. Other U.S. objectives include reducing tension between North and South Korea, nudging North Korea along a path of reform, and maintaining U.S. influence in Northeast Asia.

On the North Korean side, Kim wants regime survival—the confidence that he has achieved security for himself and his family-member successors against all possible threats. That is not easily accomplished. North Korea has long harbored suspicions that the true U.S. goal for the Korean Peninsula is regime change in the North, at minimum, and more likely a unified Korea ruled by the Republic of Korea (ROK) in alliance with the United States.

North Korea perceives threats from other directions as well: potential Chinese domination, the overwhelmingly more successful ROK to its south, and perhaps eventually its own disaffected population. The Kim regime believes it must play a long game to balance and survive these threats. It fears the United States but needs Washington to balance against Beijing. And while it needs China to keep a potentially aggressive United States at bay, it cannot accept a too-close Chinese embrace. North Korea needs South Korean help to support its development but not in a way that opens it up to being overwhelmed by the South Korean economic system. Above all, the regime needs to demonstrate that it can improve the lives of the North Korean people—both elites and the general public—to maintain durable legitimacy.

What Happened in Hanoi?

From public accounts, it appears that the Hanoi Summit did not produce to an agreement because while both sides were prepared to compromise, they were not willing to move close enough to bridge their differences. North Korea was willing to take steps toward giving up parts of its nuclear weapons infrastructure but not enough to appease the United States. The United States was willing to relax some sanctions but not enough to satisfy North Korea. Failure to reach agreement on partial sanctions relief for dismantlement of the Yongbyon nuclear facility appears to have shocked the North Koreans. Kim apparently overestimated U.S. willingness to accept the deal he brought with him.

The main beneficiary of the Hanoi Summit, in fact, was Vietnam, which drew positive global attention as host and which strengthened its ties to both the United States and North Korea. The failure to reach an agreement was a setback for South Korean president Moon Jae-in, who had hoped above all for a “peace declaration” from Hanoi that would pave the way for greater South Korean engagement with the North.

It seems likely that Kim was Hanoi’s biggest loser. His expensive nuclear weapons program (in terms of both its own cost and the cost of sanctions) was based on the idea that it would reap benefits. He declared the program successfully complete in his January 2018 New Year’s address and said that economic development would be the new top priority. Since then, economic sanctions have hit North Korea’s economy hard, leading to a 5% decrease in GDP by the end of 2018, according to one estimate.

For North Korea’s successfully completed nuclear weapons program, as North Korea calls it, to be followed by economic hardship must feel like a policy failure. Kim has no electorate to whom he is accountable and faces little in the way of government checks and balances, but that does not mean he is immune to pressure. The North Korean elites on whom he depends have had fewer opportunities to engage in private trade as a result of the sanctions. State industries are unable to purchase needed inputs. Kim is thus under pressure to deliver economic improvement.

Moving ahead, Kim has several options. He may now (1) privately appeal to China and perhaps Russia for economic support, (2) instruct his working-level delegates to resume talks with U.S. representatives to see whether sanctions relief might be negotiated, (3) work to obtain benefits from South Korea by stepping up his engagement with Moon, or (4) take provocative steps to convince the United States that there are costs to delaying a negotiated settlement. Given that the regime calibrates the risk of its provocations, an officially deniable cyberattack or a satellite launch that North Korea would present as “peaceful and scientific” would seem more likely than an intercontinental ballistic missile or nuclear test if it decides to take the more aggressive road.

In the long term, the negotiating framework of denuclearization for sanctions relief may be too narrow to fully succeed. North Korea’s nuclear weapons program is too important to the country for that. Nuclear weapons can serve (1) to deter or coerce the United States, (2) to pose an unspoken threat against China, (3) to put North Korea on a more equal footing with South Korea and compensate for its smaller population and relative poverty, and (4) to function as a point of undoubted pride among the North Korean people, enhancing the regime’s domestic legitimacy. Because the program serves so many basic purposes, it is unlikely that the Kim regime would give up its nuclear weapons without a fundamental shift in its self-perception of being besieged from all sides.

It is conceivable that over time Kim or his successors could develop enough confidence to believe that they would be better off without nuclear weapons, which are an unceasing burden in terms of maintenance costs, security against theft or mishap, and international opprobrium. Yet developing such confidence would require security guarantees from the United States, China, South Korea, and likely the wider international community in some form that is not possible in the current environment.

For North Korea to feel adequately assured, decreased international tension throughout Northeast Asia and probably the development of a regional security and economic architecture in which North Korea is a comfortable participant would be required. To fully and truly deal with the decades-old “Korea question,” denuclearization alone should not be enough to satisfy the United States, and sanctions relief will not be enough for North Korea. Those developments may be highly desirable, but neither will be sufficient.

Mark Tokola is Vice President of the Korea Economic Institute.