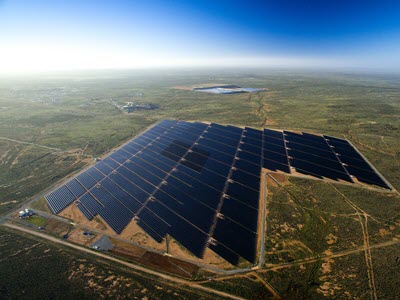 Why has infrastructure development become a new ground for competition? Who are the players, and what are their relationships with one another?

For many years, the Indo-Pacific has been plagued by a range of “infrastructure gaps,” which have become a major barrier to both development and economic integration in the region. However, it was not until China’s launch of the Belt and Road Initiative (BRI) in 2013 that infrastructure became a geoeconomic battleground. BRI promised to channel billions of funds into projects across the region, largely financed by Chinese state-owned banks and constructed by state-owned industrial companies. This raised concerns regarding the governance and transparency of projects, risks of increasing economic dependence on (and resulting political influence for) China, and the prospect of “checkbook diplomacy.” As a result, other governments in the region—including Japan, the United States, and Australia—have launched competing, albeit qualitatively different, infrastructure diplomacy initiatives. Unlike the state-led BRI, these have emphasized transparency, quality infrastructure, and the involvement of the private sector in projects.

Why should the Blue Dot Network be viewed as important for infrastructure development in the Indo-Pacific region and more broadly?

The Blue Dot Network is separate and distinct from the individual infrastructure programs of its partner governments. It is a kind of “certification scheme” whereby independent experts will evaluate infrastructure proposals and determine whether they conform to international best practices in terms of project financing, governance and transparency, and social and environmental sustainability. The intent is that this will act as a seal of approval that will encourage other financial backers—such as national programs, multilateral development banks, and the private sector—to support endorsed projects. In principle, the Blue Dot Network could potentially review and certify projects that did not have U.S., Australian, or Japanese involvement; but it is expected to initially focus on these countries’ projects. This certification is important for “de-risking” large and complex infrastructure projects in developing countries, which often struggle to secure private-sector involvement due to concerns regarding political, economic, and social risks.

What does Australia prioritize when carrying out infrastructure projects? Why do Australian policymakers view the Blue Dot Network as important?

As a medium-sized and market-based economy, Australia has less financial and technical capabilities to support infrastructure projects than the major powers in the Indo-Pacific. As a result, it has focused its efforts on the Pacific Islands, an important subregion for Australia that other governments often overlook. This is reflected in its Pacific Step-up strategy, which was launched in 2017 and under which infrastructure projects feature prominently. Given the significant governance risks in these jurisdictions, Australia favors a transparent approach to infrastructure development, where open tenders and publicly available information reduce the likelihood of corruption or mismanagement. It also emphasizes the long-term economic sustainability of projects, particularly public debt burdens. This is especially challenging for small economies—such as those in the Pacific—whose size relative to major infrastructure projects makes them uniquely susceptible to public debt problems.

What does the announcement of the Blue Dot Network signal about the geopolitics in the region?

The Blue Dot Network indicates that the U.S., Australian, and Japanese governments intend to coordinate their national approaches toward infrastructure diplomacy. None of these governments have the fiscal capacity to match China’s BRI in dollar terms (which is variously estimated to amount to $1 trillion). Combining their national efforts through a minilateral vehicle such as the Blue Dot Network allows these governments to coordinate and present a united front when offering Indo-Pacific economies an alternative to BRI for key infrastructure projects. It also places emphasis on the areas in which these three countries have a comparative advantage—quality infrastructure, such as energy, telecommunications, and water-management systems. In doing so, the initiative seeks to offer recipient governments an alternative to BRI’s focus on “concrete and steel.”

What does high-quality infrastructure look like in the energy sector, particularly in the fossil fuel space?

The global energy transition away from hydrocarbons is currently posing the most dramatic change to energy systems in over a century. Many new technologies—including various renewables, transport electrification, smart-grid systems, and grid-connected storage—are requiring energy systems to be rebuilt according to very different industrial and economic logics. Overall, one of the main changes is the increasing density of functional interdependencies within an energy system. Renewables illustrate this challenge, where existing generation, transmission, and distribution systems need to be updated to manage intermittent supply. No longer is it simply a game of connecting coal mines to power stations and oil wells to refineries. Nowadays, quality energy infrastructure means taking a system-wide approach to project design, which manages the complex interactions between individual nodes across diverse networks.

How do nongovernmental actors contribute to this agenda to build quality infrastructure?

The demand for infrastructure today exceeds the capacity of governments to supply it alone. In 2017 the Asian Development Bank estimated that the Indo-Pacific faces a $1.7 trillion infrastructure financing gap, which is beyond the fiscal scope of the developing countries in the region. Securing much greater levels of private-sector investment is therefore essential for the Indo-Pacific to meet its infrastructure needs and broader development objectives. Unlike BRI (which is largely state-funded), the Blue Dot Network clearly recognizes this reality. But equally important is the fact that most of the technological and intellectual resources required for quality infrastructure are developed and owned by private-sector companies, which have greater ability to absorb risk and innovation capacity than state-owned enterprises. Private-sector involvement is therefore essential to integrate the new technologies and processes required to develop quality infrastructure.

Jeffrey Wilson is the Research Director at the Perth USAsia Centre.

This interview was conducted by Emily Laur while an intern with NBR’s Energy and Environmental Affairs group.