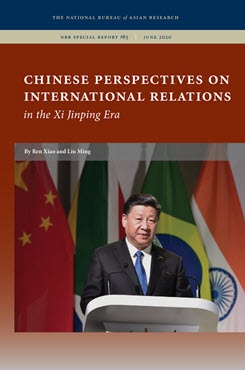 From NBR Special Report no. 85

This essay surveys the growth of foreign area studies in China and assesses implications for future Chinese foreign policy.

Foreign area studies are rapidly growing in China today. This reflects increasing demand for sound knowledge about countries and regions across the world. Since the founding of the People’s Republic of China, there have been three waves of area studies. The first wave occurred before the Cultural Revolution in 1963–64, and the second wave surged in the 1980s and 1990s. Most representative of the second wave was what happened at the newly founded Chinese Academy of Social Sciences. The third wave of area studies emerged around the turn of the century, chiefly driven by China’s Ministry of Education. Many area studies centers are being established in various universities to provide full coverage of all the world’s countries and regions. There are three major sources of demand for such expertise or knowledge: government and domestic companies, mass media, and international corporations. The extension of China’s overseas interests increases the need to safeguard or protect those interests, and this in turn heightens the importance of foreign area studies. Given the explosive demand for expertise about once-neglected regions or smaller countries, the need for language training, especially in languages spoken in remote places and by fewer people, has increased significantly.

Ren Xiao is Professor of International Politics and Director of the Center for the Study of Chinese Foreign Policy at Fudan University in Shanghai.