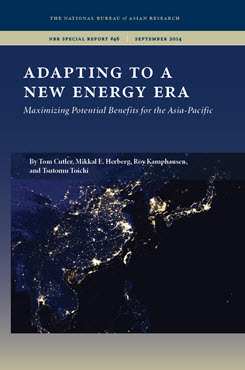 The Architecture of Asian Energy Security

This essay traces the history of regional cooperation in Asia on energy security, compares various multilateral forums’ emergency planning arrangements for an oil disruption, and suggests that new and politically bold steps will be needed to strengthen Asia’s architecture for energy security.

The energy picture of Asia as a region is being reshaped, exposing it to new vulnerabilities but also opening up new opportunities. The unrelenting growth in Asian energy demand, which was initially led by Japan and South Korea and subsequently by China and India, is now also being driven by the ten member countries of the Association of Southeast Asian Nations (ASEAN). Southeast Asia’s increasing vulnerability to oil import disruptions and North America’s growing energy self-sufficiency have altered some of the premises of Asian energy security and raise questions about the adequacy of the existing network of overlapping institutional structures. Existing regional forums such as the Asia-Pacific Economic Cooperation (APEC) process, ASEAN, and the East Asia Summit (EAS), in conjunction with the International Energy Agency (IEA), have become progressively active in their technical collaboration in regard to emergency planning and oil stocks. As a result, Asian leaders now need only make a collective political commitment to a concrete plan of action if the region is to be adequately prepared for when, not if, there is an energy market disruption that causes major economic damage.

Tom Cutler is President of Cutler International, LLC, and was previously Director of the Office for European and Asia Pacific Affairs at the U.S. Department of Energy.