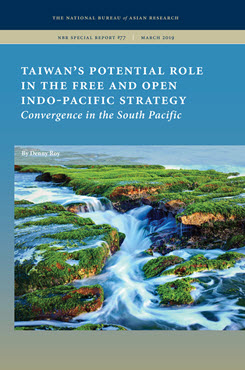 This report examines the role of the Pacific Islands in Taiwan’s grand strategy and argues that Taiwan’s struggle to maintain formal diplomatic relations with these states dovetails with the United States’ reformulated Indo-Pacific strategy, even if Washington has yet to articulate a clear plan for coordinating activities in the South Pacific with Taipei.

The long-standing rivalry between Taiwan and China for diplomatic recognition among the Pacific Island states in some respects mirrors the larger competition between the U.S. and China for influence in the Asia-Pacific region, now reformulated as the “Indo-Pacific.” Taiwan’s activities in the Pacific Islands are largely supportive of the goals of the U.S. “free and open Indo-Pacific” strategy (FOIP), and Taipei has openly expressed willingness to partner with Washington at a time when China has a clear and growing commitment to exploiting Oceania for political, economic, and strategic gains. The U.S. government, however, lacks a concept or plan for cooperating with Taiwan either in the South Pacific or elsewhere in the region. Consequently, Taiwan acts as an unacknowledged partner.

Denny Roy is a Senior Fellow and Supervisor of the POSCO Fellowship Program at the East-West Center in Honolulu.