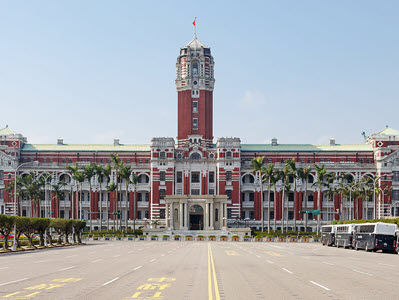 This Country Profile for Taiwan is from the Maritime Awareness Project.

The Republic of China (ROC), or Taiwan, claims sovereignty over the Diaoyutai Islands—known as the Diaoyu Islands in the People’s Republic of China and the Senkaku Islands in Japan—as the legitimate government of China. Taipei holds that China has controlled the island group since the Ming Dynasty and that the islands were returned to the ROC by Japan in 1945. Taiwan argues that the Diaoyutais fall under the jurisdiction of Yilan County.

Taiwan claims the Senkaku/Diaoyutai Islands based on surveying expeditions, fishing activities and naval patrols extending as far back as the Ming Dynasty (1368–1644). The islands and Taiwan itself passed under Japanese control with the conclusion of the First Sino-Japanese War (1894–95) and the signing of the Treaty of Shimonoseki. Taiwan argues that the Senkaku/Diaoyutai Islands should have gone back to the ROC following the end of World War II, which nullified the treaty. However, the United States administered the islands as part of Okinawa Prefecture before turning over control to Japan in 1972. Taiwan continues to maintain that the reversion of the islands as part of Okinawa Prefecture constituted only a transfer of administrative rights but not of sovereignty.

“This area belongs to us historically, geographically and legally…We must defend our sovereignty and protect our fishing rights.”

“The Diaoyutais belong to us, belong to Taiwan, there is no doubt about it … I’m here to show our determination to protect our territory.”

“(1) Taiwan has sovereignty over the Diaoyutai Islands; (2) Taiwan will carry out diplomatic relations with Japan in a peaceful and rational manner; (3) Taiwan will not consider cooperation with China in order to avoid the problem of ambiguous sovereignty; and (4) Taiwan will give priority to safeguarding the rights and interests of fishermen in any negotiations.”

“We do not recognize the Japanese occupation [of the Diaoyutai Islands] because it is invalid under international law … The Republic of China government will fight for every inch of our territory to defend our sovereignty.”

“The Diaoyutai Islands actually form an inherent part of the territory of the Republic of China (Taiwan) based on the islands’ geographical location, geological structure, relevant historical evidence, and international law.”

“The Diaoyutai Islands are an inherent part of the Republic of China and are islands appertaining to Taiwan, whether considered from the perspective of history, geography, geology, use, or international law.”

– Ministry of Foreign Affairs of the Republic of China (Taiwan), 2015

Actions to Bolster Claims
February 1971: Taiwan made the first public assertion for its own claims to the Senkaku/Diaoyutai Islands.

March-May 1971: Taiwan twice requested that the United States not include the Senkaku/Diaoyutai Islands when returning Okinawa Prefecture to Japanese administration.

August 1996: Japan and Taiwan began talks regarding fishing rights in waters near the Senkaku/Diaoyutai Islands.

June 2005: Defense Minister Lee Jye; the president of the Legislative Yuan, Wang Jin-pyng; and a cross-party group of fifteen legislators conducted an inspection tour of disputed waters around the Senkaku/Diaoyutai Islands.

September 2012: President Ma Ying-jeou proposed the East China Sea Peace Initiative, based on the concept that while sovereignty is indivisible, resources can be shared. The initiative comprises two stages: (1) shelve territorial disputes through meaningful dialogue and (2) share resources through joint development.

September 2012: Dozens of fishing boats and twelve coast guard ships from Taiwan briefly entered waters near the Senkaku/Diaoyutai Islands. The Japan Coast Guard said the vessels left Japanese territorial waters after it issued a warning and fired water cannons at the ships.

January 2013: A fishing boat carrying Taiwanese activists and accompanied by four Taiwanese cutters entered the contiguous zone off Japan’s territorial waters around the Senkaku/Diaoyutai islands but was chased off by the Japan Coast Guard using a water cannon.

January 2014: Japan and Taiwan agreed to new rules for longline tuna fishing in waters near the Senkaku/Diaoyutai Islands, clarifying the agreement made in April 2013.

Taiwan and Japan began talks in 1996 over fishing rights in the waters near the Senkaku/Diaoyutai Islands. Both sides engaged in a further seventeen rounds of negotiations before finally concluding an agreement in 2014. The agreement does not apply within twelve nautical miles of the islands because of sovereignty claims but otherwise gives both sides fishing rights in nearby waters.